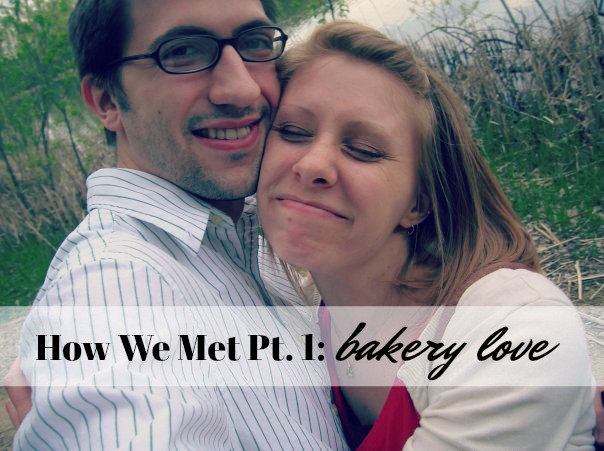 When people ask how Alex and I met I tell them we worked at a bakery together the summer after my sophomore year of college. That's when we started dating. But we first met three years before that.

Alex was the one working at the bakery and I was working at the smoothie place next door. It was the summer the movie Napoleon Dynamite came out and I was rocking a side ponytail a la Deb and Alex thought that was pretty cool. He made me a mix CD with a bunch of They Might Be Giants songs on it, and I thought that was pretty cool. We chatted in the back hallway and traded muffins for smoothies. We car pooled to a mutual friend’s birthday party. I made Alex a survival care package when he went on his first trip to India, because I had gone with my church youth group the summer before.

And that was the extent of our acquaintance for three years.

I was, at that point in time, pretty ok with not having a boyfriend. I had an amazing group of girlfriends in high school. We had so much fun together, going to shows and music festivals, dressing up like pirates for the midnight premiers of the Pirates of the Caribbean movies, having keggers (root beer kegs, that is), watching The Princess Bride and Little Women, and laughing until our sides hurt and our faces were wet with tears. 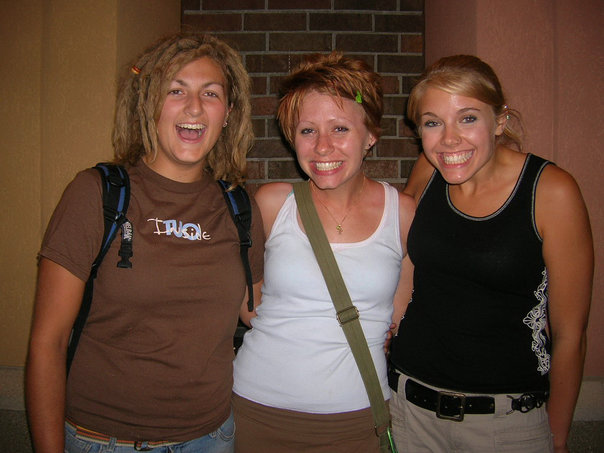 We were a sisterhood. That sisterhood gave us a sense confidence, security and self worth that I think is very uncommon among teenage girls. We also were deeply aware of our shared identity as beloved daughters of God, and this belief lifted us above what was normal for girls our age. Sure we had crushes on boys, but very few of us dated. I’m so thankful for the innocence and simplicity of my teenage years. I never felt the need for a boyfriend because I was too busy having fun with my friends.

So while I had a crush on Alex, at the very tender age of 17 I would have freaked out and never spoken to him again if he had asked me out then.

I worked at the smoothie shop until I went to college. Then the summer after my freshman year I traded my smoothie-maker's visor for a bread-seller's apron and started working at the fateful bakery. But I didn’t see Alex at all. While I was pedaling pumpkin muffins and pumpernickel, Alex was traveling to India, Ireland, and then did fall semester in Spain, and I went back to my own school for Sophomore year. Alex was coming back from his semester abroad just as I was leaving for my semester in India. We were ships passing in the night.

But there was one thing that connected us. And her name is Amy.

My little sister Amy started working at the bakery that winter. She was there when Alex came back from his travels, and she would tell him about my travels. She told him about the fun things I was doing and she also told him about how hard my time abroad had been and how homesick I was.

When Alex heard that I was having a hard time, he sent me a Facebook message. I remember it being only a few lines, and couldn't quite remember what those lines were, so I looked back in Messenger to see if it was still there. And it was! Thanks Facebook! It wasn't a few lines though, it was a few paragraphs. The opening sentence read "I would have sent you an email, since I think Facebook messages are sort of silly, but I don't have your email address." Oh 22 year-old Alex. If only you knew then how much you would go on to use Facebook Messenger.

But I've gotten sidetracked. His message was very encouraging, telling me to hang in there, that I was in the middle of an amazing opportunity, and that even if it was hard, it would have a huge impact on my life. It made me smile, and I filed it away in my brain under "pleasant surprises." 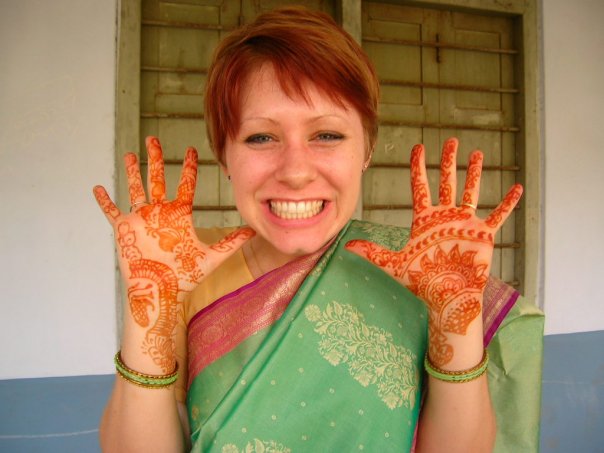 Meanwhile, still in India, I began to feel a dissatisfaction with my heretofore status as single. I had a desire for marriage and was feeling ready to be in a relationship. I poured out my heart to the Lord about this over and over again during that semester. I had trusted Him with my heart and my dating life, and I had really been ok with where He had lead me so far. But now I was 20 years old, and I was feeling like it was my turn.

I was ready for something to happen, and I felt that change was coming, but I had no idea what it would be. So when I got home from India in May of 2007 I resumed my job at the bakery, and kept on waiting.

Email ThisBlogThis!Share to TwitterShare to FacebookShare to Pinterest
Labels: blogging, how we met