Trixie walked in to the kitchen yesterday morning carrying a ladybug that she had crushed in her fingers. It took me a moment to realize what it was. Then I had to repress my gagging while I gingerly gathered it into a paper towel and held it at arms length (even though it was dead) while I walked to the trashcan.

I don't do well with the creepy-crawlies.

I also don't do well with little furry critters, which is what I found behind the refrigerator later that morning. This one, although squarely caught in the mouse trap, was still alive.  Trixie and I retreated to another part of the house. My approach to the mousetraps in our house is to not approach them.

But this was either a defective mousetrap or the Superman of mice (Mighty Mouse?), because after a few hours he (she?) was still going strong behind the refrigerator. I knew we couldn't stay out of the kitchen all day. I also knew that Alex wouldn't be home until dinnertime. So I did the adult thing and asked my dad to come over to, ahem, dispatch of him (her?).

One of the many benefits of living very near my dad's place of work. Thanks Dad!

So, spring is here! And it's bringing out all of God's creatures, great, small, and very small alike.

We are even getting out a bit. Sidewalk chalk, trips to the park. It's still pretty brown and ugly outside, so we headed over to our local conservatory to enjoy some greenery and blooms.

I also finished the sweater that I have been working on since October. I usually knit pretty haphazardly, my motto being "close enough." But this was special yarn, (Malabrigo) and I wanted it to turn out great. I was very careful as I worked, trying the sweater on many times throughout the process. And it paid off! I love it, it fits great, and I'm going to wear it as much as I can before it gets too warm.

The pattern is Caramel by Isabell Kraemer. 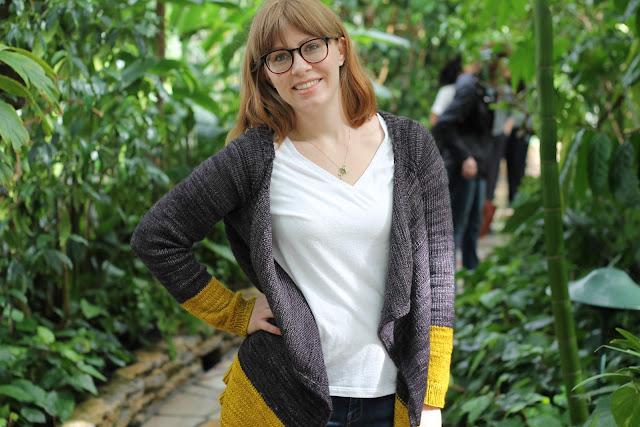 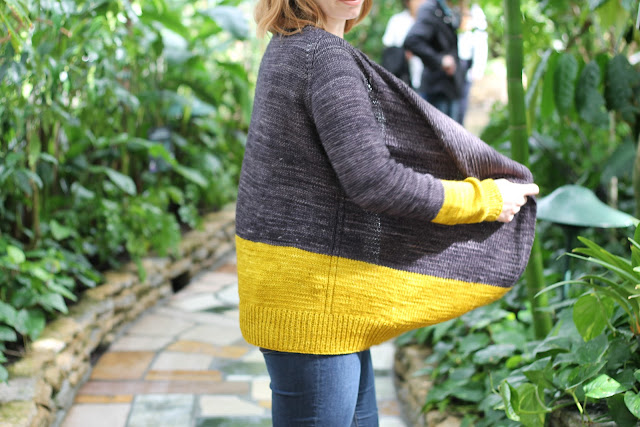 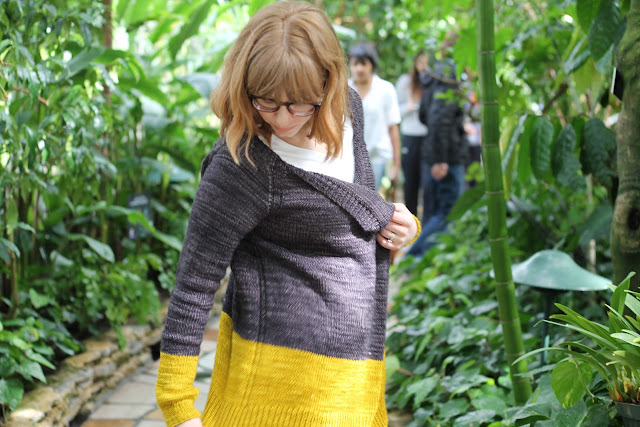 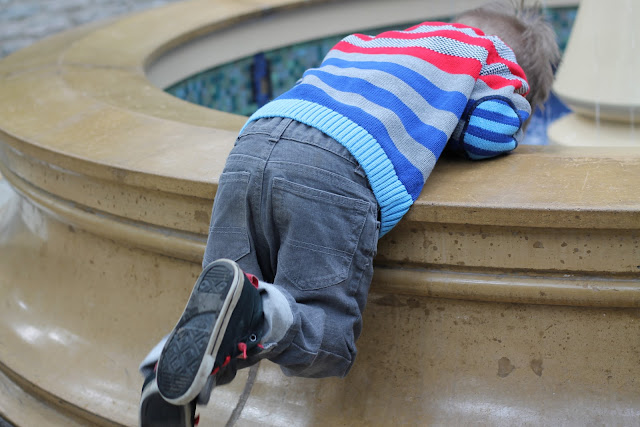 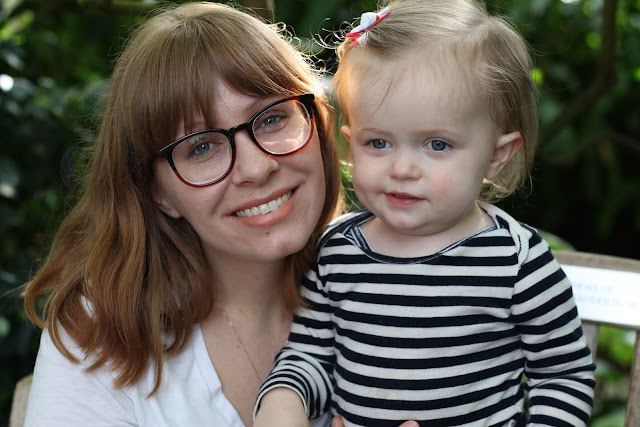 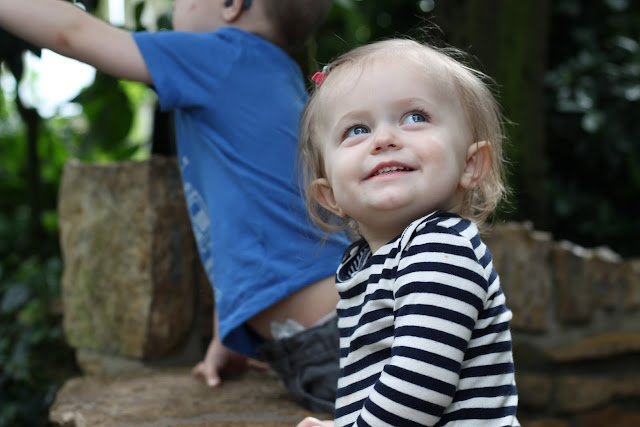 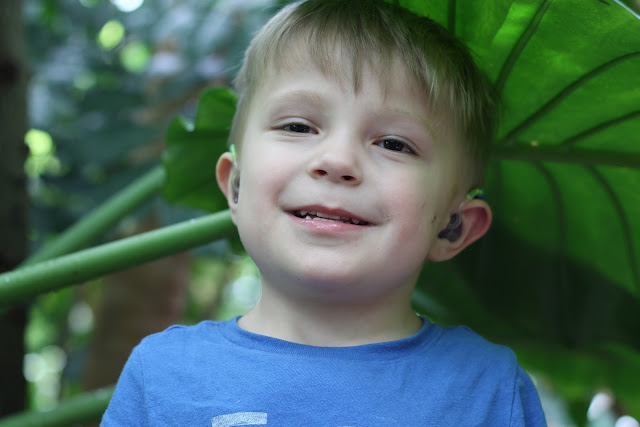 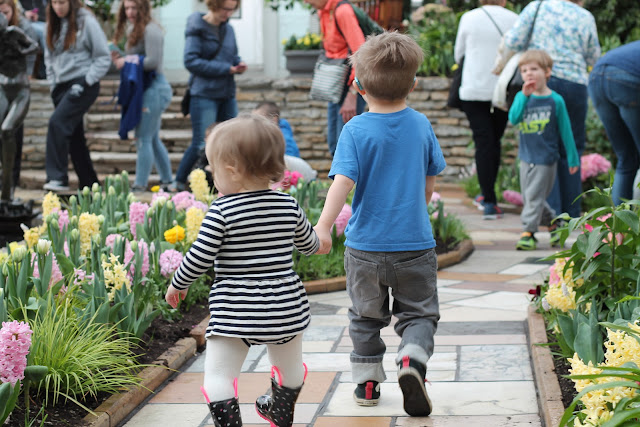 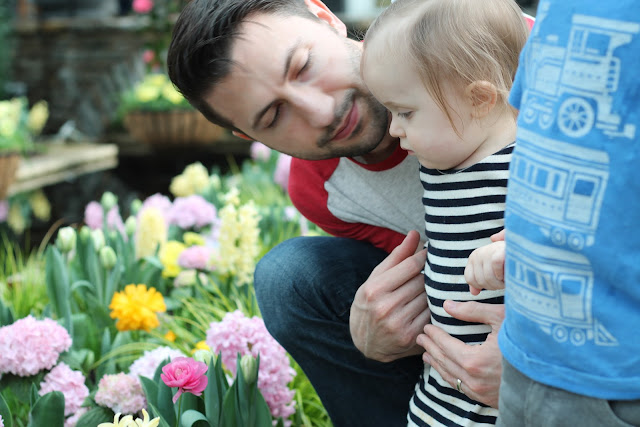 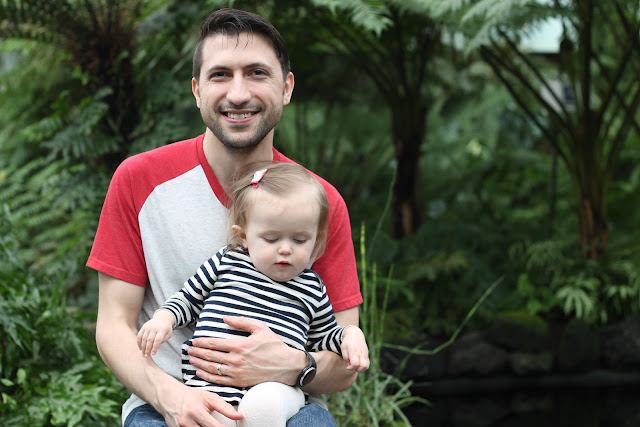