7 quick takes vol. 31: things I want to remember from now 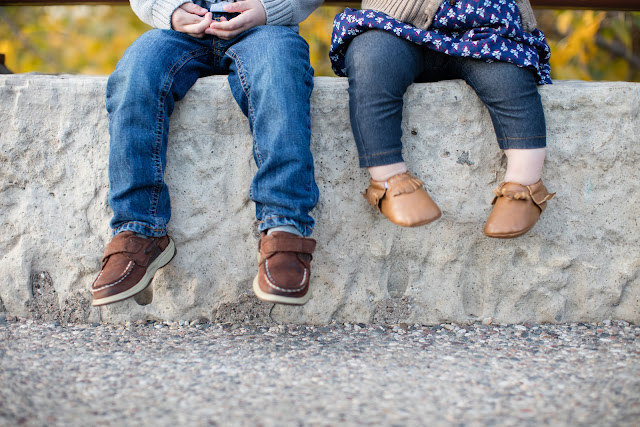 It's been one of those weeks were everything seems way too long. Winter is long, the days are long, Alex's hours on rotations are long. Nap time, on the other hand, has been far too short, leaving me with tired and crabby kids at the witching hour waiting for Alex to get home, scrambling to get the dinner on the table. Trixie has been sleeping terribly, she's teething, still. She's super clingy during the day. Johnny is pushing all the boundaries that a three and half year old can think to push. And he is starting to assert himself as the older brother and delights in pushing Trixie over, grabbing her toys and making her life hard in general, which makes her even more clingy. Both Alex and I are feeling just plain exhausted, with no opportunity to catch up on rest in sight.

When I'm exhausted it's easy to go very negative very quickly, leading to pity parties and yelling needlessly. And so at the end of a very exhausting week I've decided to go positive, because even though it's so hard to parent little people, it's also really great. There are so many sweet things that happen everyday and I find myself thinking, "I really want to remember this, the way this feels right now." So here are a few of those things.

When Trixie nurses she likes to hold my hand. Sometimes she wraps her hand around my thumb, or one of my other fingers. Sometimes I lace her tiny fingers between my big ones. She's getting so big, but compared to my hands, hers are still so small. When she's not holding my hand she's often sticking her hand up the sleeve of my sweeter. That's usual how she falls asleep, with her warm little hand up my sleeve. When it hurts every bone in my body to get up and nurse her in the middle of night feeling her little hand up my sleeve is one small silver lining. 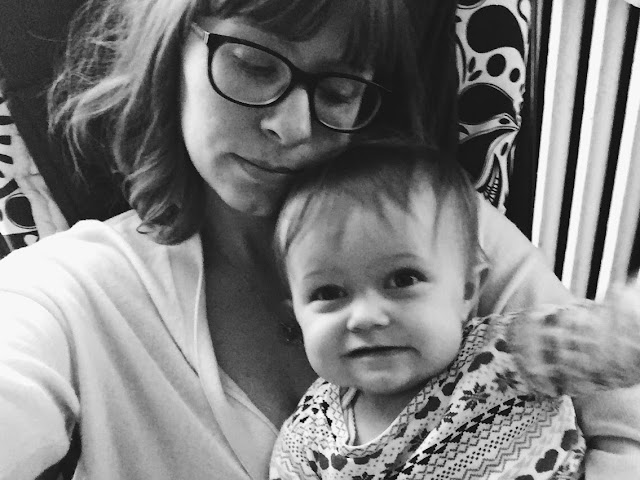 There are two times in the day where Johnny and Trixie give each other kisses. One is when Johnny leaves for school in the morning, the other is when they're going to bed. It breaks my heart every time. Sometimes they miss each other and the kisses end up on arms and foreheads and bellies. But sometimes Johnny bends down and Trixie lifts up her chin and they give each other the sweetest little puckered-lip kiss. This is something that I know will not last forever, so I am going to bask in the warmth of their brotherly and sisterly affection as long as I can. 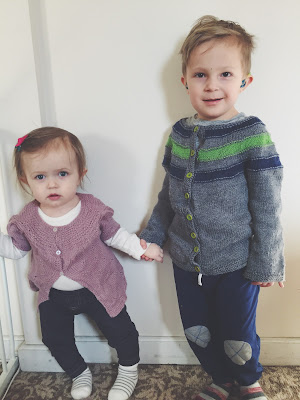 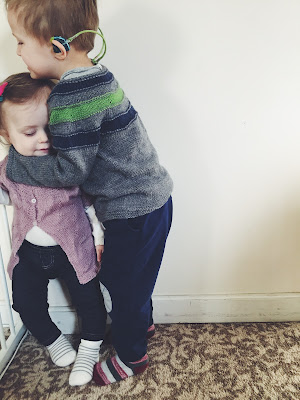 Sometimes they are not fighting with each other. Sometimes they are playing nicely together. There's a game they like to play in the kitchen, usually while I'm in there cooking something. Trixie spins around in a circle and Johnny runs circles around her. They think it's hilarious, they giggle and squeal and get dizzy and fall down, and then they start back up again. It's not everyday. But when it does happen it makes me really excited for a couple years from now, when they will be old enough to really understand how to play together.

Johnny has been able to go to bed on his own for quite a while now. But he is going through a phase where he likes someone to lay down with him while he falls asleep. And how can we say no, since we know that in the blink of an eye he will want nothing to do with either of us. Mostly he wants me to lay down with him.  "Mama lay down." He says over and over until I'm in his bed. Then he says "glasses off." And I take my glasses off and share his pillow with him. If I try to leave before he falls asleep he pushes my head had back down onto the pillow as hard as he can entreating me with "Mama lay down" a few more times. And then he leaves his hand on my cheek to make sure I don't go anywhere. 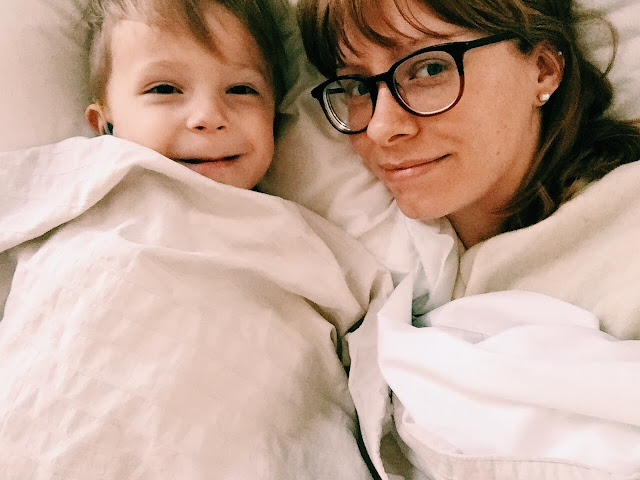 
Trixie is talking so much! Maybe this is normal for a 15 month old girl, but after having a hearing impaired child first, she seems freakish. She mimics Johnny's counting, pointing at things and reciting "'wah, two, wee, wah, ses, sezen, eee, mah,". She knows many different animal names. Doggy, kitty cat, elephant, horsey, and piggy. She has a very cute inflection to her speech right now. All of her words go up and then end, so that everything sounds like a question. "Mama?" "Doggy?" "Poo-poo?" "Apple?"
//6//

Johnny is really into naming letters. He can identify almost every letter in the alphabet. I'm not sure how he learned this! Probably in part at school. Maybe from watching Super Why? If that's the case that will make me feel less guilty about screen time. We were in the grocery store yesterday and Johnny was either shouting of the names of the foods he saw, or the letters he saw on all the signs. I found myself torn between trying to keep him quiet in a public place, and being a super proud mama.

As I alluded to before, Johnny has been giving Trixie some grief. The other day Johnny knocked Trixie over by running into her with a Tonka Truck. She was crying and upset and Johnny was sent to his room for a time out.  Even though he beats up on her all day long, Johnny is still Trixie's favorite person. When we put him in time out she just started crying harder and ran over to his door trying to get in. I hope they can always be friends. 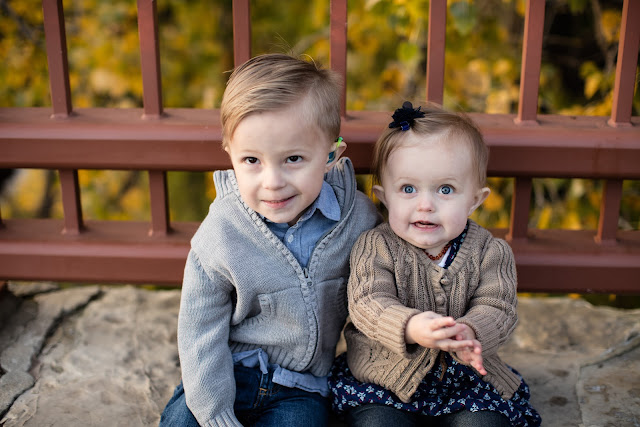 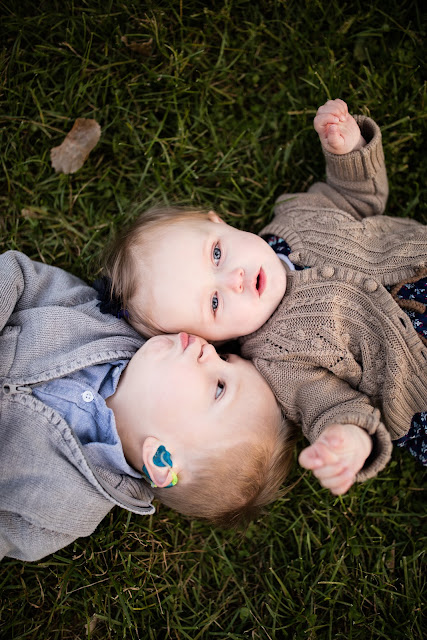 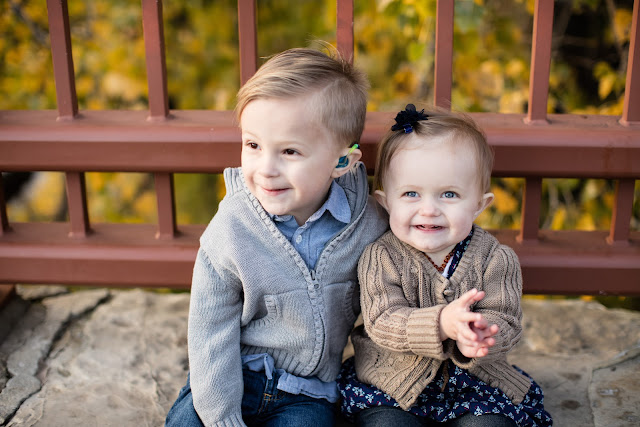 P.S. these are some of our beautiful family photos taken by our good friends at Bast Photography.

P.P.S. Find more quick takes at This Ain't the Lyceum.