Sick Babies and Our New Normal 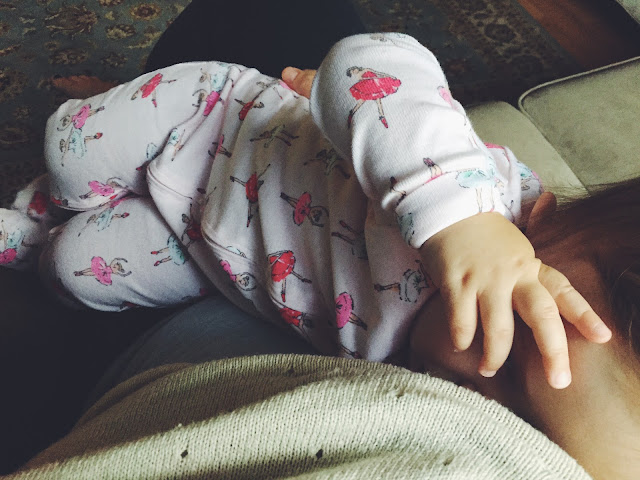 Johnny's school sends out an email every time a kid contracts some sort of contagious illness. In the first three weeks of school we've gotten two alerts for strep throat, as well as an alert for pink eye and pneumonia. Every one of these emails makes me wonder if we're doing the right thing sending Johnny to school and maybe he's too little and just needs to be at home and maybe we'd all be better off if he just stayed at home. I have to remind myself that with weekly trips to usually three different groceries stores (Trader Joe's, Aldi, and Target, in order of favorite to least favorite) and with 20 piano students coming into our house every week, there is no way we could avoid germ exposure, and I should just settle down. I also shouldn't be surprised that both of my kids got sick this week.

Johnny stayed home from school on Monday as a result. And even though he's only been in school for three weeks I've gotten pretty used to having just Trixie around during the days. We miss Johnny when he's gone, we talk about him all the time and look forward to picking him up at 3:00, but I was a little terrified about having both of them at home all day Monday. It's only been three weeks! Have I really forgotten how to be a mom of two already?

It ended up being fine. They both hate the Nose Frida now. We played lots of trains and Johnny only made Trixie cry about 26 times.  But it just amazed me at how quickly I got used to having him in school, when I was so anxious about it at the beginning of the year.

It's been three weeks and Johnny in school has become our new normal. We get up at 6:45 everyday (except Friday) so that Alex and Johnny are ready to leave the house at 7:30. Alex drops Johnny off on his way to class, and I pick up Johnny when he's done at 3:00. I teach piano lessons after school three days a week.  We have dinner together. We hang out for a while, then we get the kids ready for bed. That's our routine and we're pretty used to it.

Johnny learned how to say "tomorrow" this week. At night when we're putting on pajamas he will say "bedtime, school, morrow." And sometimes he'll add on "papa's car." The fact that he's putting three words together on his own is amazing, and not something he could do even a month ago. But he also seems to understand what's going on. He can tell us a little about what he did that day, and he can talk about what he's going to do tomorrow. I love being able to hear what he's thinking about. This is only one example, but things like this happen everyday that make us feel so good about our decision to put him in school. Even if our germ exposure this year has gone up by about 500%. 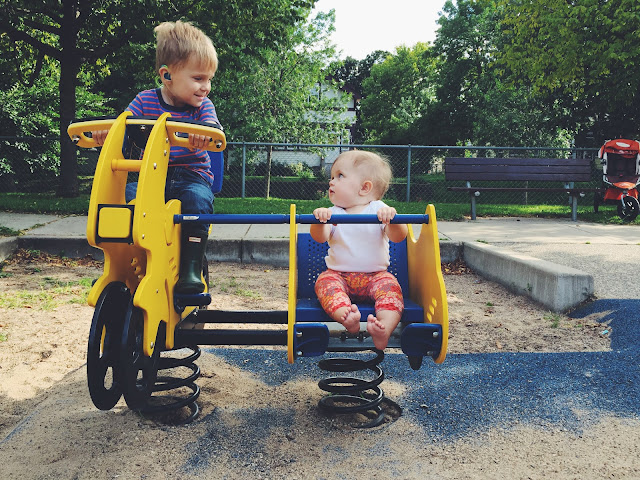