linking up with Kelly for some quick takes. 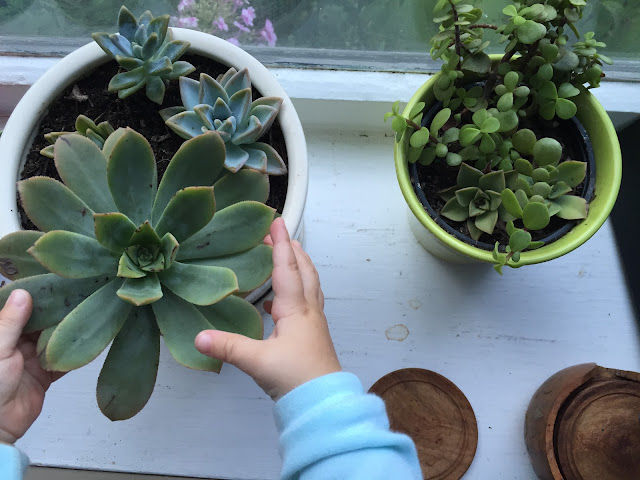 It's always hard to say goodbye to summer, but it seems especially hard this year. Summer was this beautiful oasis of rest and family time and no obligations. And now it's almost over. Alex starts school on Monday, and the following week Johnny starts school and I start teaching piano lessons again.

Here's a little summer wrap-up before we dig back into schedules and homework and deadlines.

We redid our front porch! We have a three season porch on the front of our house that we like to hang out on, even though it sort of looks like it's about to fall off the house. But we had hardly used it this spring or summer because the carpet that was out there (for who knows how many years) was so dirty it would turn the bottoms of our feet black. I didn't like the idea of Trixie crawling around on it. We decided to rip out the carpet and just paint the wooden porch floor. But since we had the carpet out, we decided we might as well go ahead and paint the walls and trim as well.

I forgot to take Before Pictures until after we had started. So they're not truly before. 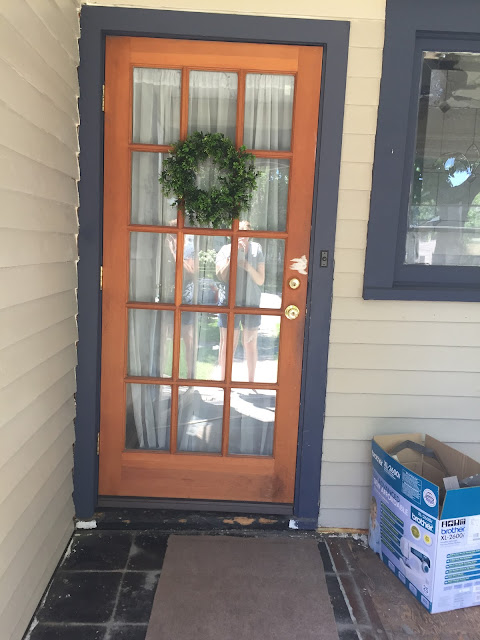 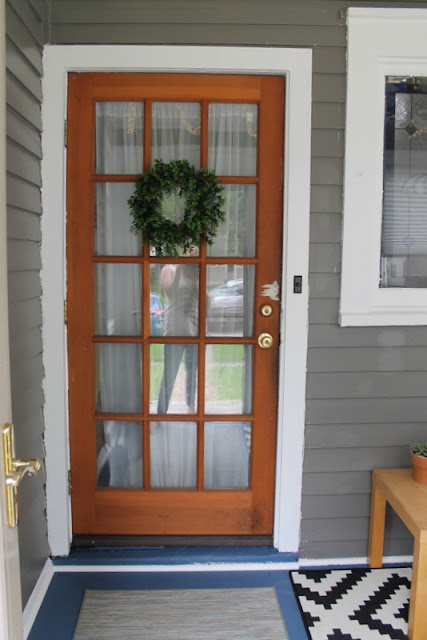 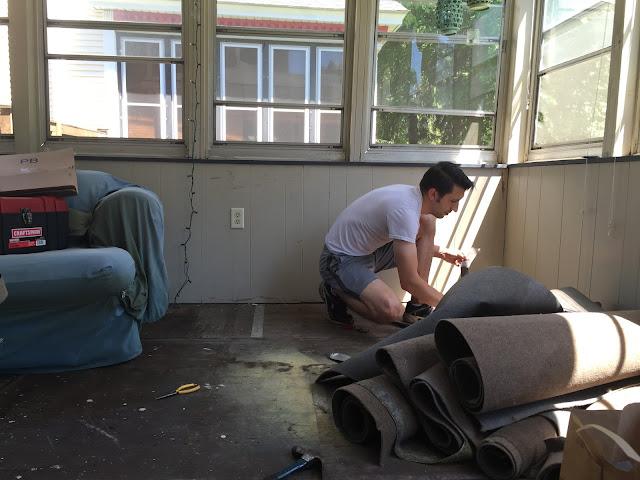 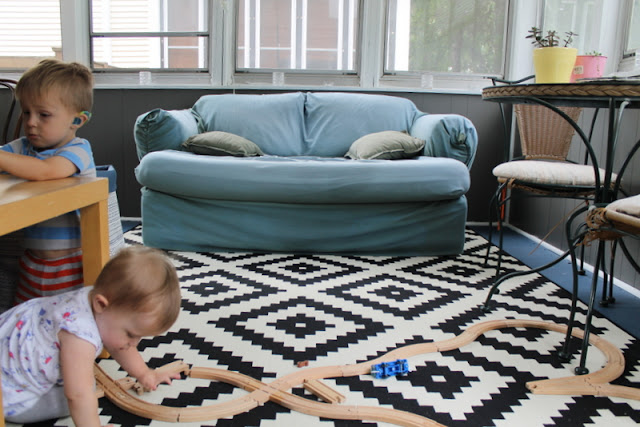 This was the first house project we'd done since Trixie was born, and it gave me a new respect and admiration for people who remodel/renovate their homes while living in them, with kids. It took us almost a week of late night painting after the kids had fallen asleep. One week and one Ikea trip later we had a new front porch that we absolutely love spending time on. But we were exhausted and I vowed no more house projects for the summer. 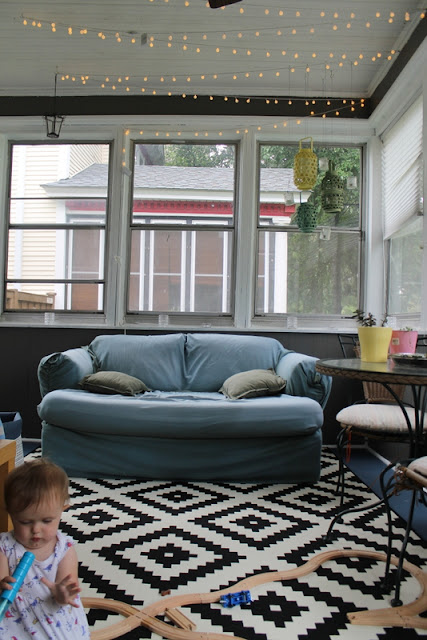 We decided to replace our bathtub!

The bathtub that was in the house when we bought it almost 7 years ago was a whirlpool, but we never used the the jets because they leak water into our kitchen. Over the years we've been sort of worried that the unused jets were just harboring all sorts of mold and bacteria, so this summer we decided we couldn't bathe our children in there one more time and we had to put a new tub in.

The online tutorial said you would need one day and two people to get this done.

I'll spare you all the gory details, but one WEEK later, we had our bathroom back to normal.  Once again, I have no idea how you DIY-fixer-upper people do it. House projects make me really crabby. But I do love the end result. 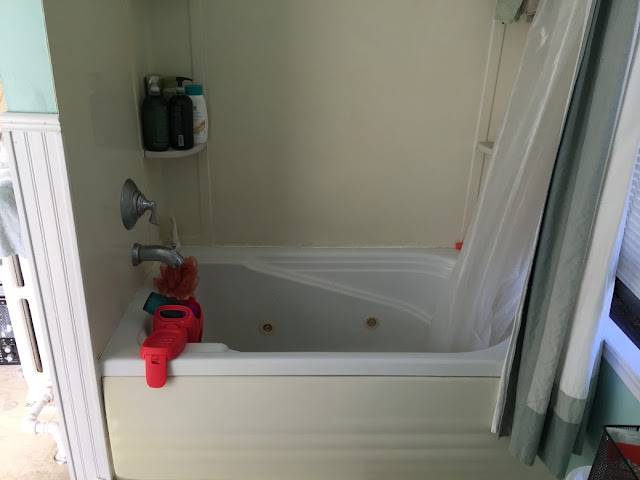 During: I cannot handle chaos!!! 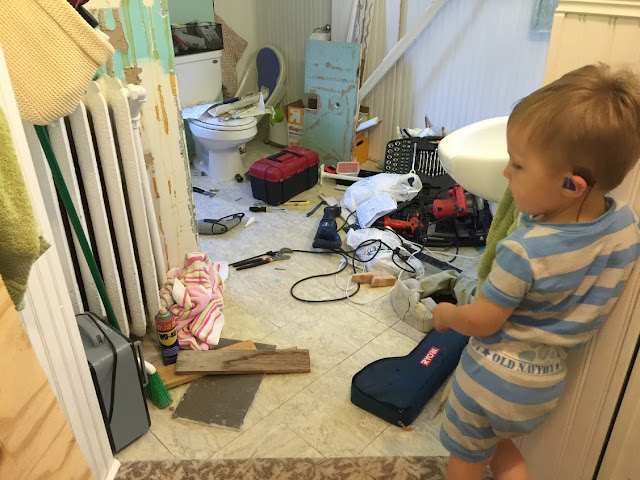 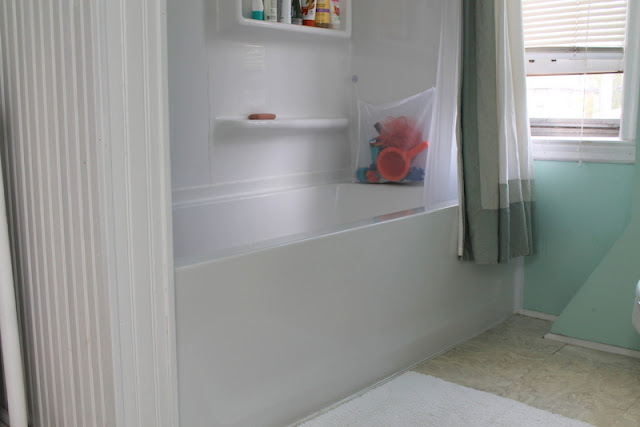 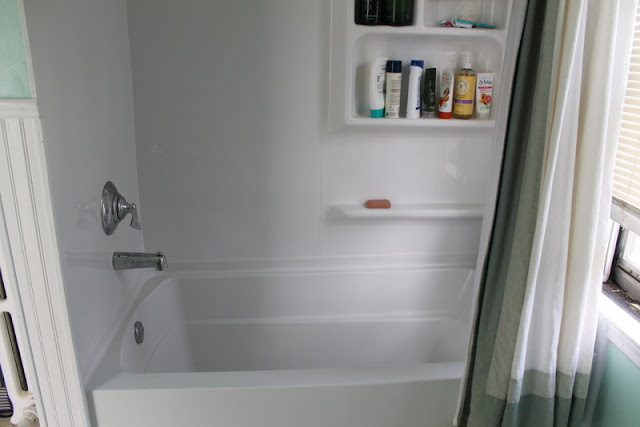 Mad props to Alex for getting this done without having to bring in a professional. (Besides my carpenter brother.) Now that's it's over I'm really glad we did it.  But, #neveragain.

In knitting news. I made this sweater! 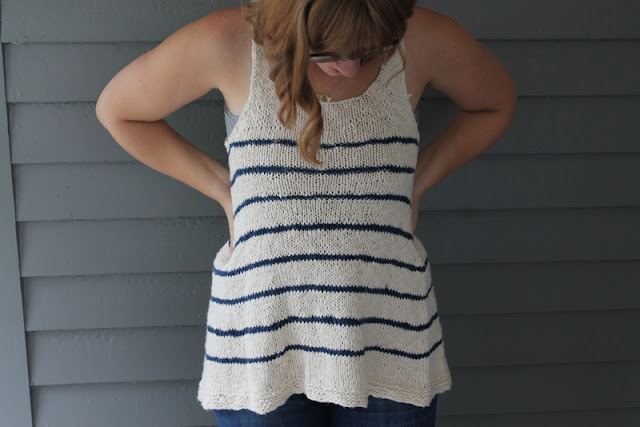 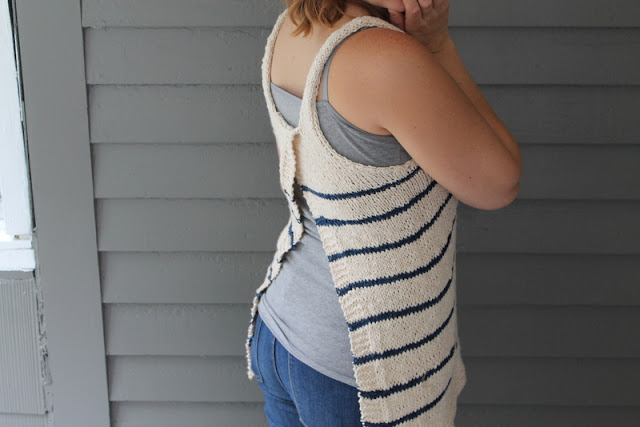 And also played around with some sewing and crocheting. Now I am turning my attention to Handmade Christmas. I'd like to make everyone in my family something, even if it's just a little thing. But I have to start now! 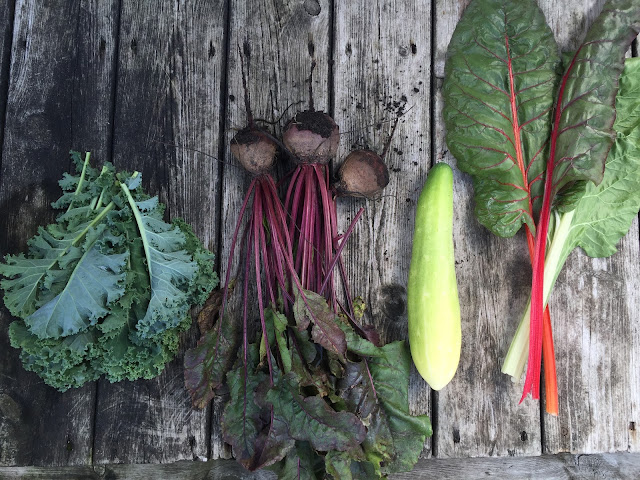 We lost control of the garden. I weeded once in July. But somehow we're still managing to get quite a lot of vegetables! Here's a list I made a couple years ago of things I like to do with my tomatoes.

Alex and I finally finished Downton Abbey! We had given up on it after Season 3. Too many people had been killed off, and the story felt too contrived. We didn't feel like we were missing out on much, but then I kept hearing from people how great the final season was. So we gave it another chance.  Parts of season 4 were sort of painful, but once we got to season 5 I was thoroughly enjoying myself. And I cried my way through season 6.

We had a very brief stint of potty training. Johnny doesn't have to be potty trained for his wonderful deaf and hard-of-hearing preschool; they don't want any barriers between DHH kids getting the aural training they need. But I thought it might be nice to have him potty trained for this fall anyway. Day 1 went ok. Day 2 was a nightmare which left me in tears and consulting all my mama Facebook groups. And this, my friends, is why it takes a village. I got so much encouragement and helpful advice. I felt released from trying to get him potty trained right now, and I didn't feel like a failure because of my decision to quit. We are going to wait a few more months and see if Johnny takes any initiative. Thank you everyone who advised me! 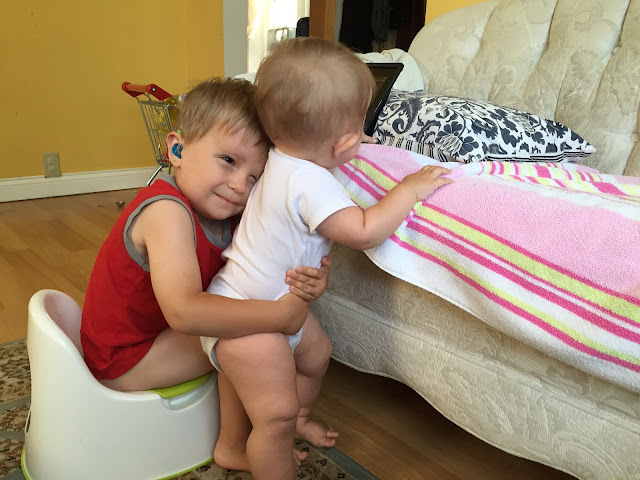 Calling all bloggers! My friend Jacqui and I are planning a Midwest-region Catholic Women Bloggers Conference for March of 2017 here in St. Paul. We're still in the early stages of planning but I can guarantee you it's going to be so much fun!! If you blog and you want to stay in the loop about this you should join our Facebook group. We want to see you all there! 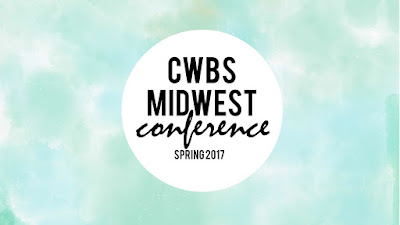