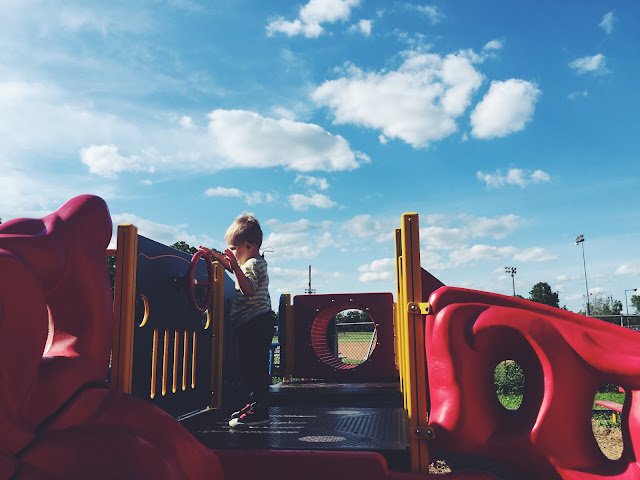 There's not a lot going on right now. For the first time in 7 years I am not teaching summer piano lessons. (Except when I took maternity leave the summer Johnny was born.) I had 17 students this year, which only worked out to about 10 hours a week of active teaching, but it felt like more.  On days that I teach I need to keep the first floor of my house tidy, which is almost a losing battle with Johnny around. I also need to have dinner ready early those days, because I teach right up to, and after the dinner hour. That means I need to make a strategic meal plan for the week of things I can put in the crock-pot, or assemble in the morning and then put in the oven while I'm teaching. It doesn't sound like much, but considering how easily an hour can get swallowed up by just breastfeeding and then changing a couple of diapers, staying organized enough to keep my studio running consumed a pretty large amount of time and head space each week.

This past year has been stressful. Alex's school has been very stressful for him, and for me. His successes and failures are my successes and failures.  If he does well on a test that means I've done my job of running our home and giving him the space and time he needs to learn his material well. Conversely, if he does poorly I feel like it's my fault for distracting him too much. Alex is the one who goes to class each day, but really, we're both in grad school.

Getting used to having two kids has been stressful. Johnny and I had worked out  pretty good groove before Trixie was born, and when she came we had to start over. She is delightful, but it's still been an adjustment. Although not nearly as hard of an adjustment as when Johnny was born.

Everything that happened with Johnny's hearing this winter became very stressful very quickly. Johnny's hearing and speech development had never been of much concern to me when he was a baby. His GI stuff was much scarier. I always kind of felt like the hearing thing would just work itself out. Then for the first time this winter he seemed behind, like he was falling through the cracks, and we weren't doing enough for him. To realize he had not been hearing was scary, and I felt like we had failed him.

All these things, combined with the sleep deprivation that comes with having a baby, and all the other little things that come up in life were piling up in my brain and I was beginning to feel serious burn out. I knew something needed to go, and it couldn't be my kids, or PA school. The only thing left to go was piano lessons. So they went. (In case any of my student's parents are reading, don't worry, I'm still planning on teaching again in the fall.)

It was definitely the right thing to do. My days aren't really more peaceful. We still manage to somehow be really busy. But there isn't anything hanging over my head. Sometimes I get the feeling like I should be doing something, cleaning a bathroom, or answering an email, but when I stop and search my brain there's really nothing I need to be doing outside of caring for my family. And now that that's the only thing I need to do, doing it is a lot more enjoyable.

I have some things I'd like to do this summer. I'd like to stay on top of the weeds in the garden this year. I'd like to work on my sewing and add some things to my etsy shop. There's a couple rooms in our house that I'd like to paint. But if I don't get to any of those things, it won't matter at all. 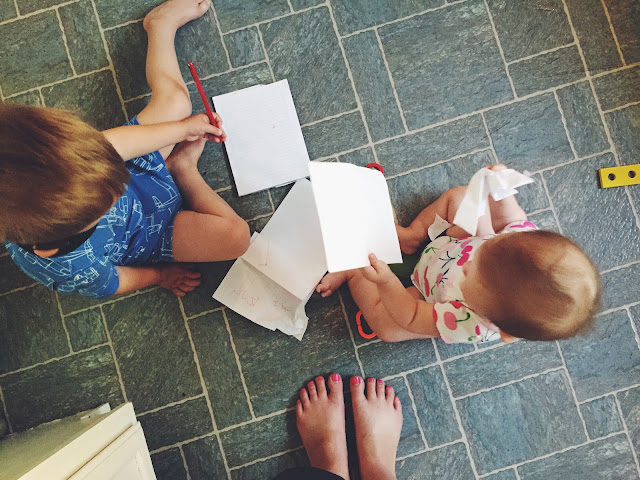 This is a picture of my kids literally destroying my to-do lists. I love being productive and having to show something for my time, so this is kind of a powerful image for me. No to-do lists. Just family, and space, and rest. And  a messier living room. 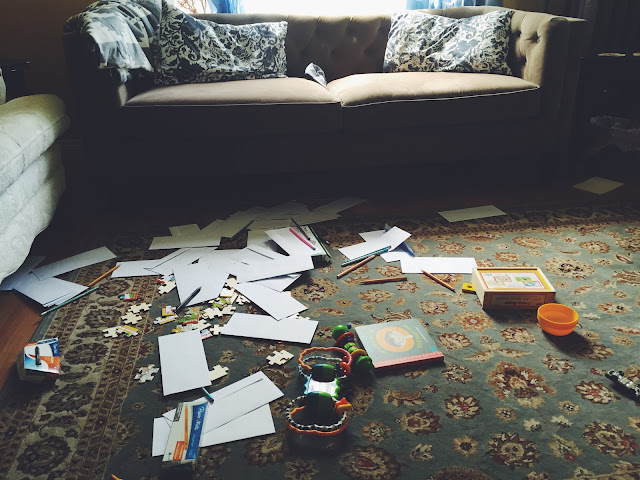