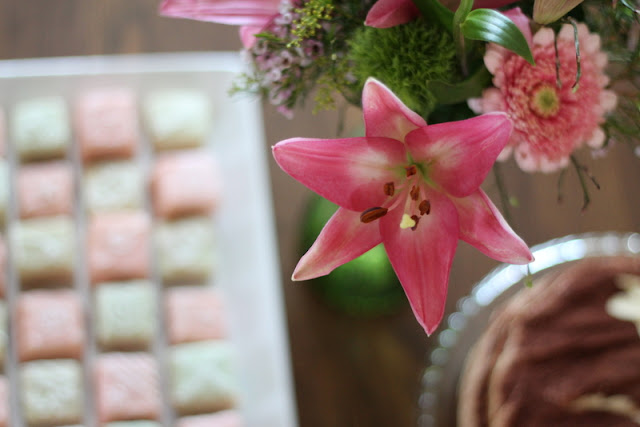 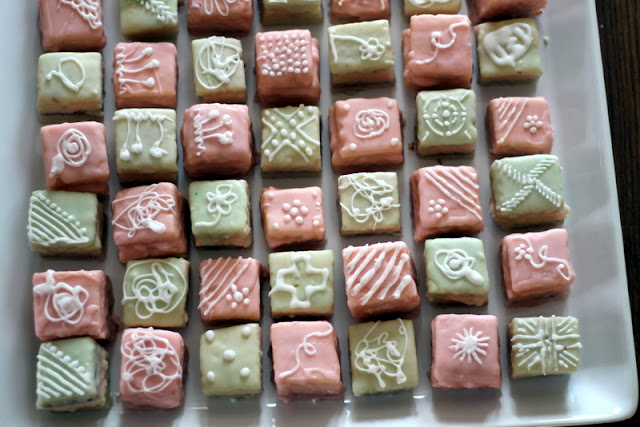 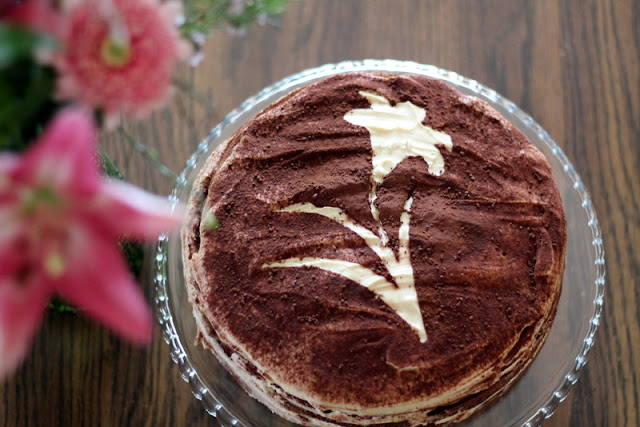 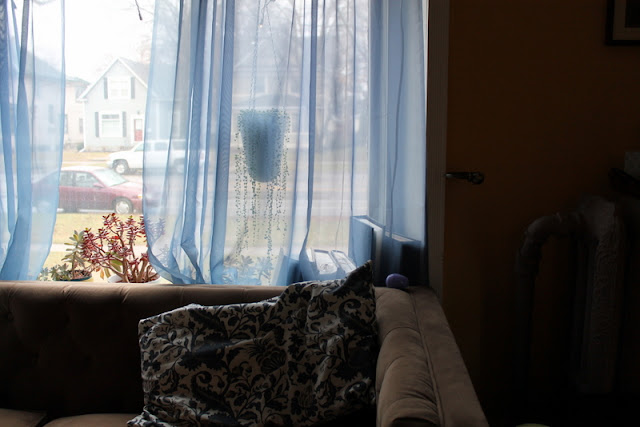 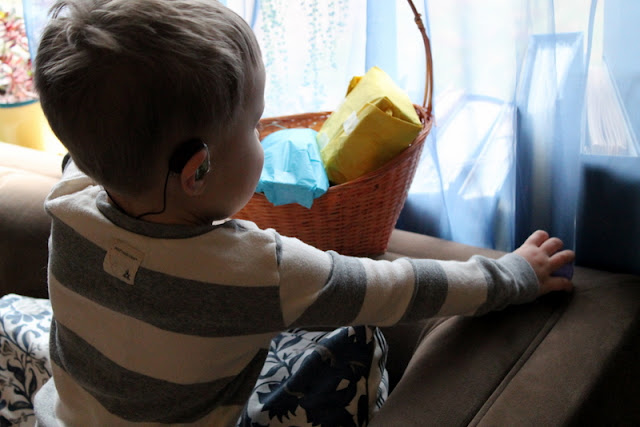 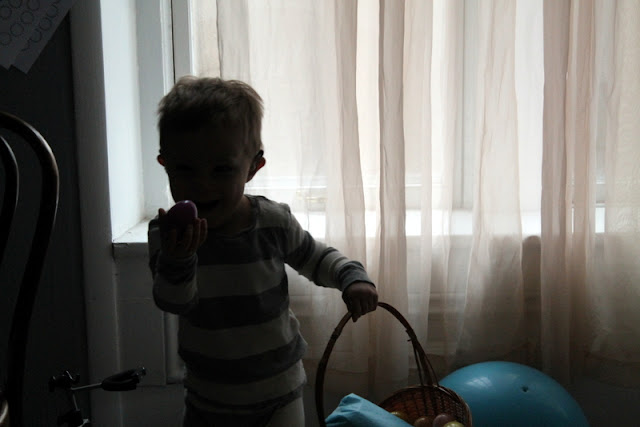 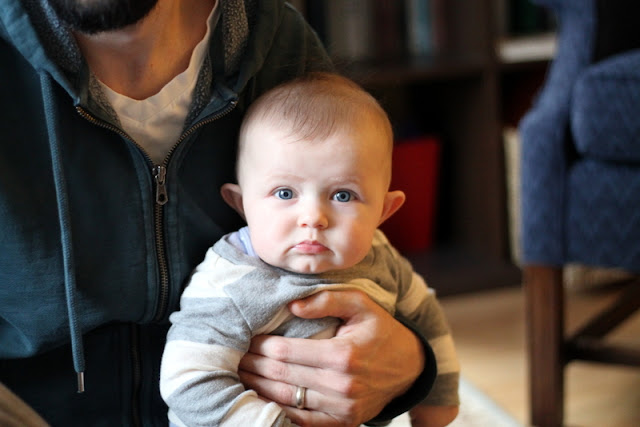 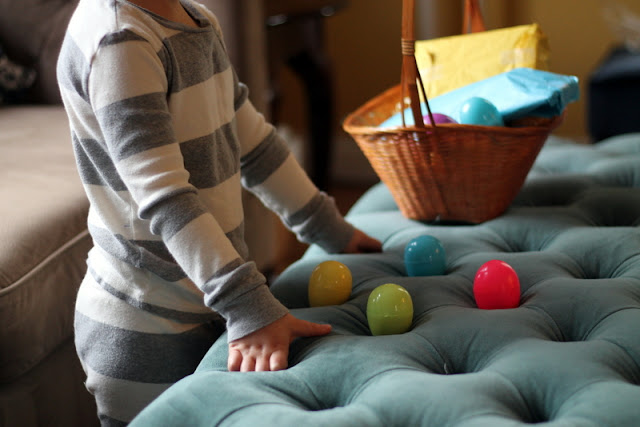 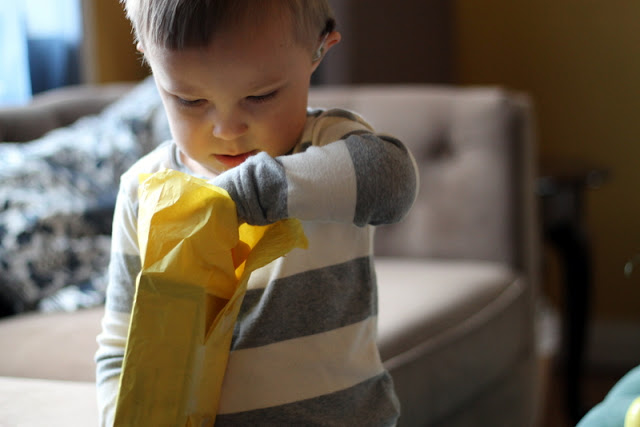 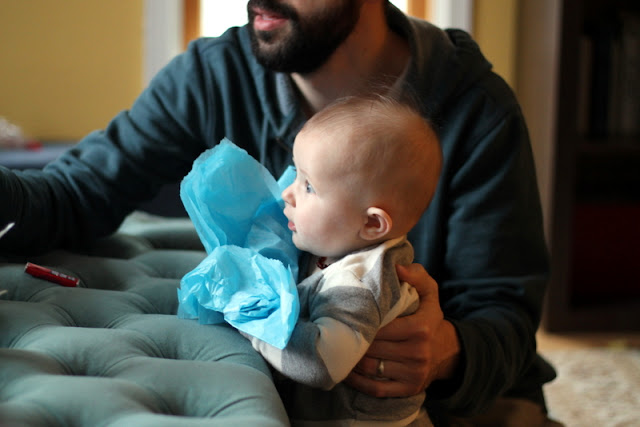 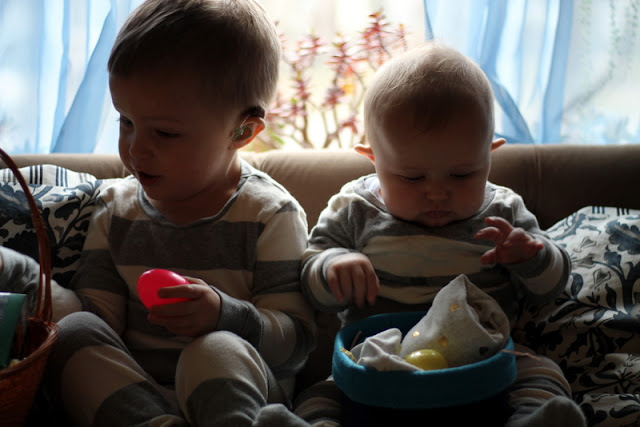 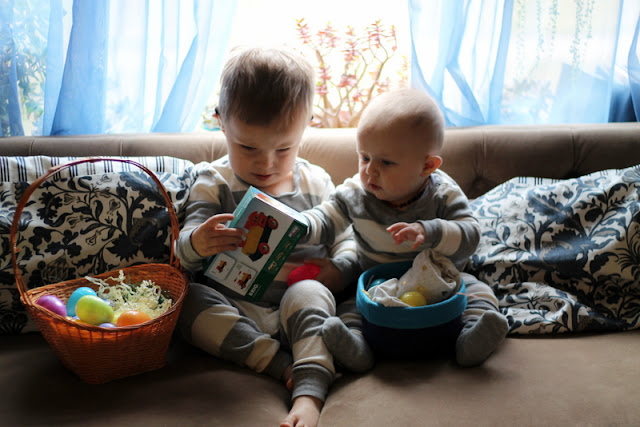 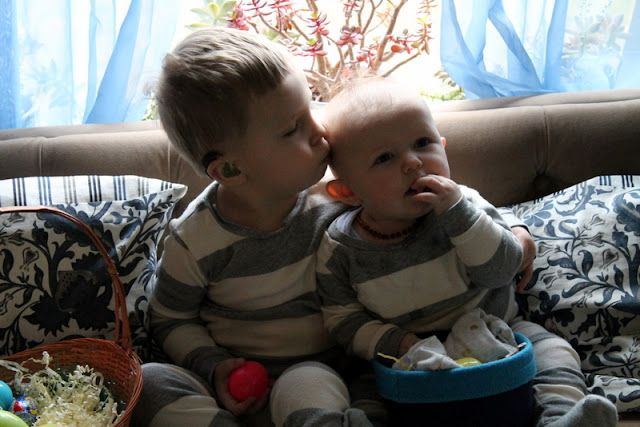 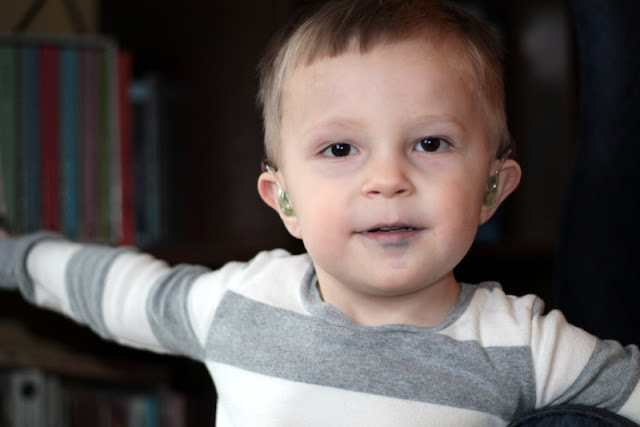 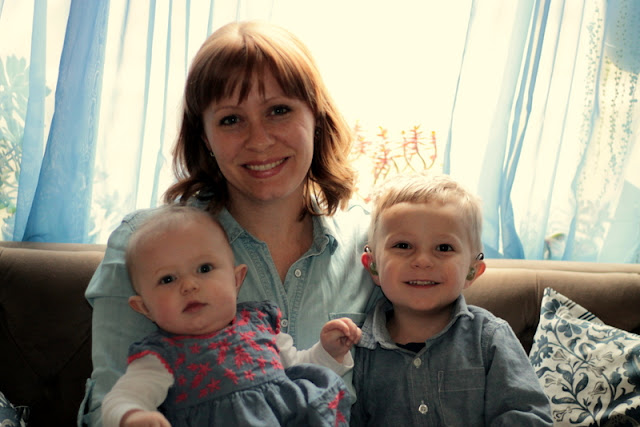 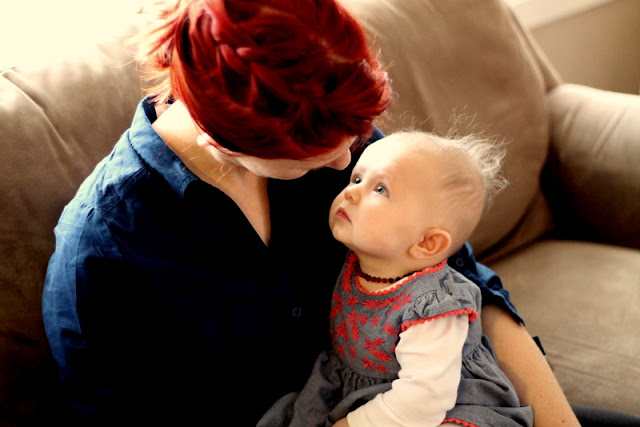 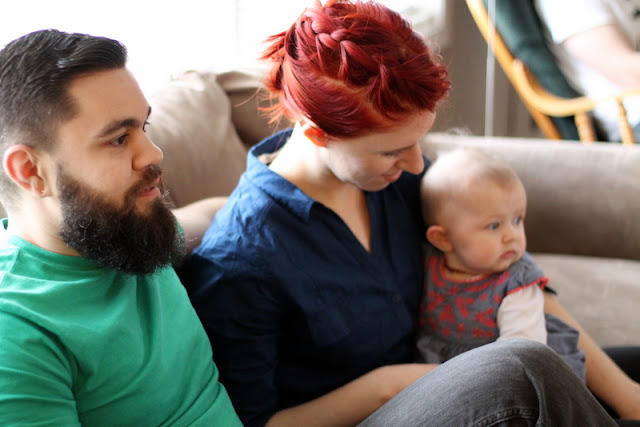 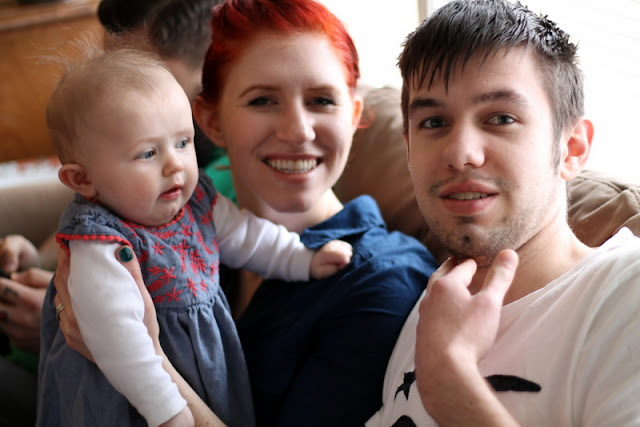 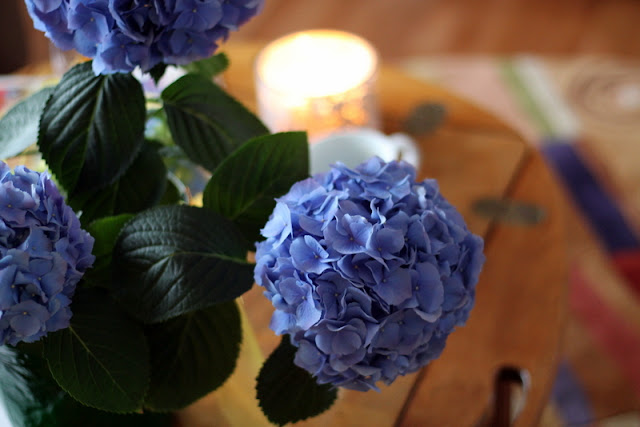 We had a pretty good Holy Week, despite Alex having two giant tests he needed to study for, and despite dragging kids to all of the Triduum, and despite me taking on too much Easter baking, and despite skipping nap to go to two family gatherings. It was still Easter and it was still good.

On Holy Thursday the kids waited in line for confession with me for over an hour. I don't really mind bringing kids to confession except for the pity it elicits from the other people in line with me. I had people helping me carry my purse, giving Johnny holy cards and other trinkets to play with, offering to hold the baby while I went into the confessional (yikes!), I also got bumped up the line a few spots. I do appreciate the help and compassion, but I get self-conscious and it would really just make me feel better if people would act like we don't exist.

Then we went to Holy Thursday Mass as a family. Alex had planned on singing with the choir for the Triduum, and had been going to practices for the few weeks leading up to Holy Week. But then at the last minute had to back out because of the giant tests he needed to study for. That's what he said anyway. I think he may have actually done it so that I didn't have do church with the babies by myself. And I really appreciate it, because Johnny brought his bad behavior A-game both Thursday and Good Friday.

Holy Saturday. I spent the ENTIRE day making the petit fours that I would bring to Alex's family's noon-time Easter meal, and started the Tiramisu cake for my family's evening Easter meal. I have no idea what possessed me to take on petit fours. They probably flitted across my Pinterest feed a few weeks ago and imprinted themselves on my subconscious. Whatever the source, I had them on the brain and I knew I would not have rest until I made them. They were very cute, but.....#neveragain.

Alex did sing with the choir for the vigil.  My dad came over to put Johnny to bed, and I took Trixie to the vigil with me. She was a very good baby and slept most of the time in the sling. My lower back was in agony by the time our 3.5 hour vigil was over, but it was a beautiful liturgy. I love our priests and religious, I love hearing my husband sing, I love all the bells, and I love singing Jesus Christ Is Risen Today with all my might.

When we got home from the vigil we "hid" Easter eggs for Johnny to find.  Really, we were just placing them around the house hoping that Johnny would notice them the next morning. And he did! We handed him his basket and had to point out the first couple of eggs, but then he caught on and exclaimed "ball!" (which is what he calls them) every time he found one.

Johnny ate way too much candy, and didn't have much of an appetite the rest of the day. We thought it was all the sweets, but then the next day he was pretty mellow. Tuesday morning he and I, plus my parents and one of my brothers were all struck down with the stomach flu, and my sister followed a day later. It was terrible, I have never been that sick in my life. Alex had to stay home from class because I was not capable of caring for our children and all our regular babysitters were also sick. It took a day and a half for me to feel back to normal. And now I feel like I've been given a second chance at life! I found out today that a few family members on Alex's side got it too, so it looks like we were the source. Sorry family!

I hope that your Easter was lovely.  I really hope that you don't come down with any stomach bugs because that was just.....horrific.

Email ThisBlogThis!Share to TwitterShare to FacebookShare to Pinterest
Labels: Easter