it's been two months 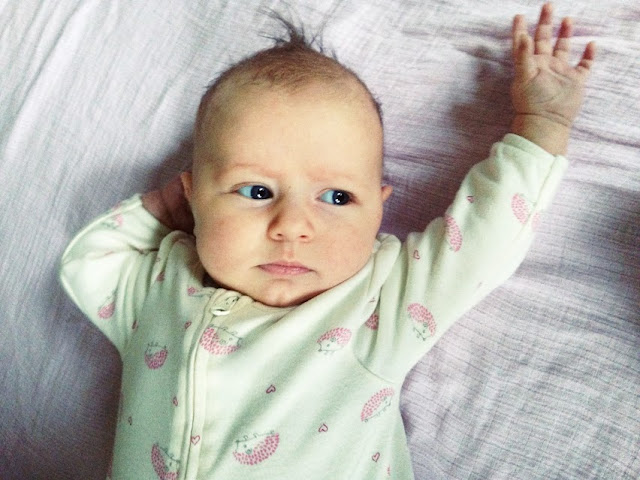 Most days I usually have a few hours where things are going well and I think, I can do this, it's not so bad. But then both kids are crying at the same time, or Johnny is waking up the baby, or climbing on the counters to help himself to cookies, or coloring on the walls and furniture with (thankfully washable) markers. And then I reach the end of the day I am exhausted, and Trixie is fussy, she won't nurse to sleep, and I just want to go to bed, but I can't until the baby does. Alex is usually the one who can get her to sleep, but I feel guilty whenever I need his help because I know he needs to be studying.

That's been the hardest, feeling like I don't have a partner. I do,  I know I do, but the guilt that comes whenever I have to interrupt him.  It's kind of like the guilt he feels for not being able to help that much.  So we both feel guilty all the time.

Right now both of my babies are asleep and I feel like I can do this.

But this morning it was a different story. I had not been up one hour before Johnny had restarted the clean laundry in the washer. Then I spilled apple juice all over the kitchen counter while trying to pour with one hand while holding Trixie in the other.  Then Johnny had major diarrhea and while I was changing him, he dropped the package of wipes in the opened dirty diaper. All this and no time yet to make a cup of coffee or have some breakfast. I wonder how I will make it through the next 8 hours until Alex gets home.

When I ask my mom if it was hard being home with young kids all those years she doesn't seem to remember any tough stuff. Either we were all wonderful babies and toddlers who slept like angels and never got into mischief, or she's choosing to only remember the good stuff.  "It may be hard now, but some day you'll look back on this time with fondness", she says to me. Sometimes I get annoyed that she doesn't have clear memories of me being a little terror, because I want the empathy. But when I think about it, it would be nice to only remember the good stuff.

To look back on all these days I spent with my babies and only remember how Johnny loves to give Trixie kisses, and the way he puffs up  his cheeks when he puckers his lips. Or how first thing in the morning Johnny runs into our room to climb on the bed and cuddle his baby sister. 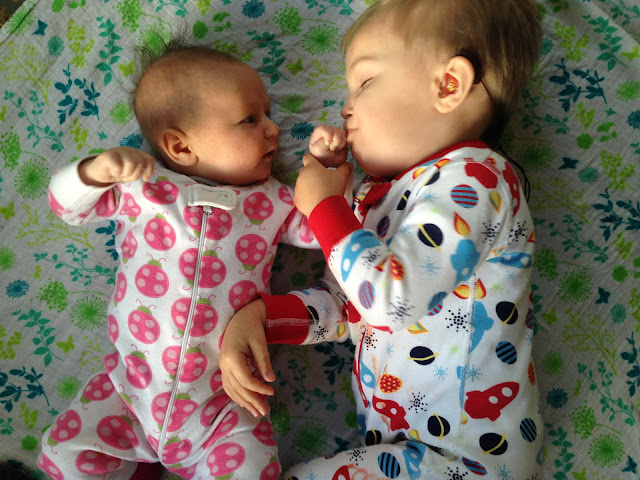 I'd like to remember the way it felt to see Johnny swaddle his stuffed zebra the way we swaddle Trixie, and then hold it gentle to his chest and pat it's back. That feeling that my heart would literally burst out of my chest it swelled with so much love.

And Trixie, I'd like to remember the fierce, hungry face she makes right before nursing. And the way she stretches out her arms and hands like she's conducting a symphony. And the sweet sound of her littles coos and gurgles. 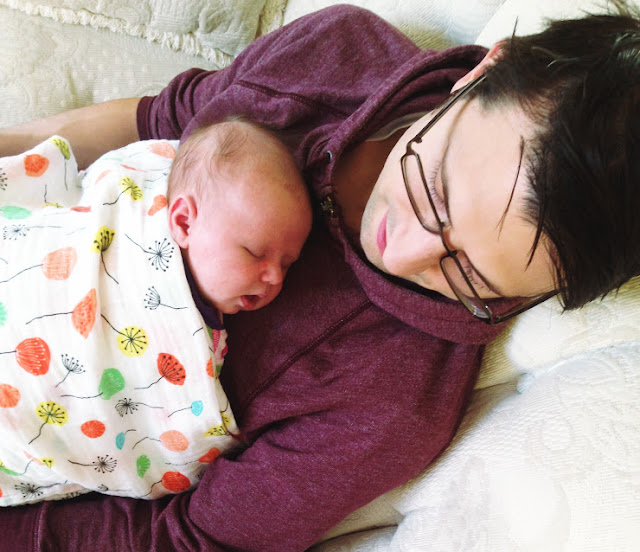 And instead of remembering the guilt I felt all the nights I needed Alex's help to get Trixie to sleep I'd like to remember how sweet it is to see my husband reclined on the couch with his tiny daughter curled up on his chest.

I know - because everyone keeps telling me - that it's so fleeting, this time when they are small. It's going to go by so fast.

This is what I have to remember.

Email ThisBlogThis!Share to TwitterShare to FacebookShare to Pinterest
Labels: encouragement for mothers, motherhood