pre-birth story: due dates are the worst

Due dates are the worst. They shouldn't give due dates. They should give due-weeks. A whole 7 day window during which your baby might come. And they should make it week 41, so that the likelihood of your baby coming after your due-week is very small. But no, the very first thing they do when you go in for a pregnancy confirmation is pull out that little wheel and figure out your due date. 40 weeks after your last period. Then for the next 9 months people are asking you, "when are you due?" And you keep saying "October 7". Because that's the due date. Then October 7 comes and goes without anything happening and all of a sudden you go from being a pregnant lady to being a crazy pregnant lady who thinks there is something majorly wrong with her and fears she will remain pregnant forever!

Johnny was born 2 days before his due date, so naturally I thought there was no way this baby girl would be late. I felt like I was carrying really low and my mother's instinct told me that yes, this baby would come early. But the "due date" came and went and nothing. happened. And each day after that stretched on and on and felt like it was 70 hours long. I tried to keep busy, finish up Alex's sweater (done!) and not go crazy. 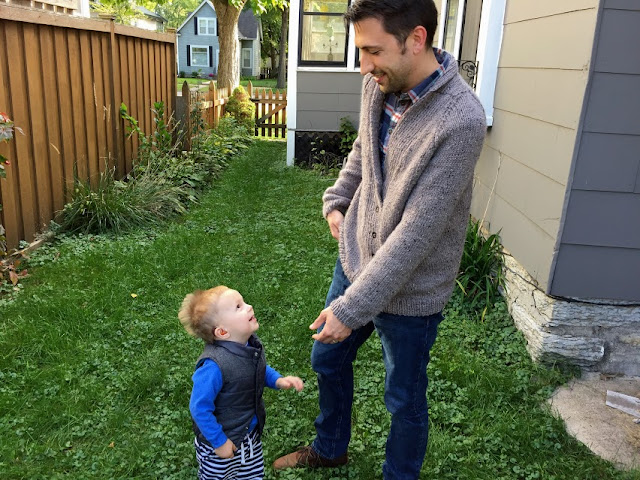 Each day that passed with no baby I took a few minutes to write down what we did that day. I don't why, but doing this each night helped me feel better.

Due Date: Johnny locked himself in the bathroom. I ended up getting the door unlocked with a screw driver. But I thought it would have made a great story if I had had to call the fire department and then went into labor while they were here.

Due Date Plus 1: It would have been a good day to go into labor because I put on make up today to go to my midwife appointment. Then I would have looked nice in any new baby pictures. After the appointment we met Alex at school for lunch. That night I felt so tired and a little sick and was hoping something would happen. But apart from 1 or 2 random contractions, no action.

Due Date Plus 2: Johnny and I spent the morning with some good friends which helped to distract and pass the time.  After Alex got home we walked to the adoration chapel at our church to say some prayers. It's about 8 blocks round trip. I decided that I will walk to the chapel every day until the baby comes. Then when we got home a friend of ours delivered a bunch of McFlurries to our house. Word had gotten out that I was craving a McFlurry. 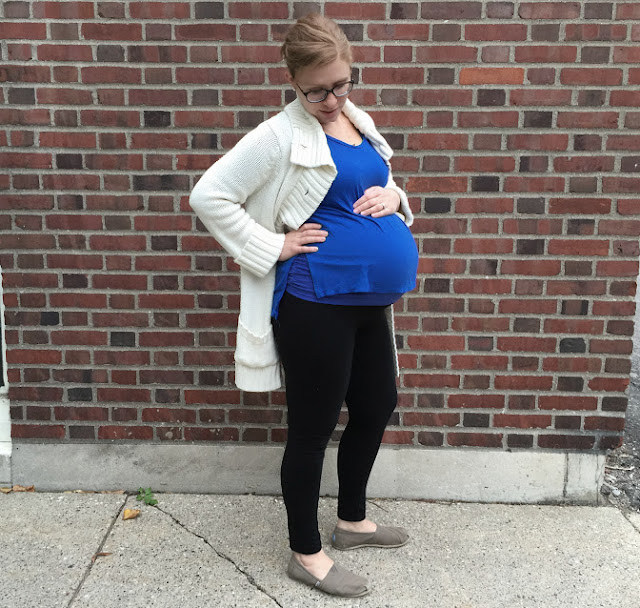 Today I realized that with each day that passes with no labor I am going to need more emotional support. It's really draining and frustrating to be waiting for a baby, even though I know it's perfectly normal to go a few days past the due date. Thinking about Johnny meeting his baby sister makes me feel better.

Due Date Plus 3: I went to Ikea with a girlfriend, got a $1 frozen yogurt, and walked all over that store. We also walked to mass tonight. Johnny was strangely very well behaved. I was feeling pretty bummed that all the walking didn't seem to be doing anything, until...

In the wee small hours of Due Date Plus 4: My water broke!