linking up with Kelly for some quick takes!

This set of quick takes is brought to you by my dad, who came over to take Johnny to the park this evening.

Johnny likes to look through the pictures on my phone. Yesterday he saw this one of him and my dad. 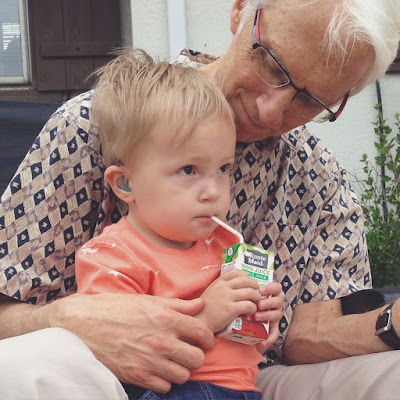 And then for the rest of the day kept asking about "mampa" and running to the front door.  It was very cute but also sad, because he didn't understand why grandpa was not there. So today he got to see grandpa. Thanks dad! 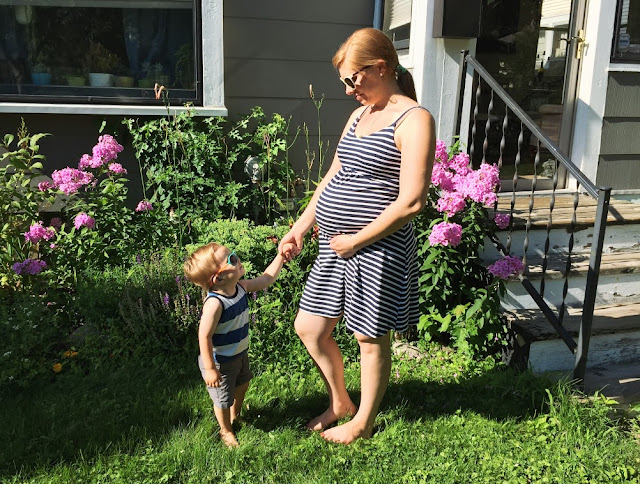 28 weeks pregnant. 3 weeks left of Alex's first semester. It's all going by so fast.

But then again, so slow.

I'm getting to that point in pregnancy where everything just hurts. It hurts to sneeze, it hurts to roll over in bed, it hurts to get up off the couch, it hurts to put pants on. So much belly.

As far as grad school goes, we've actually fallen into the groove of Alex being in school pretty well now. The hardest part is probably bath time (so much bending). And knowing that Alex's studying is really hard and there's not a lot I can do to help him.

My brother got married a few weeks ago. It was a a beautiful wedding and I have a beautiful new sister-in-law. Also, they are super cool, so they sawed a log at their wedding. 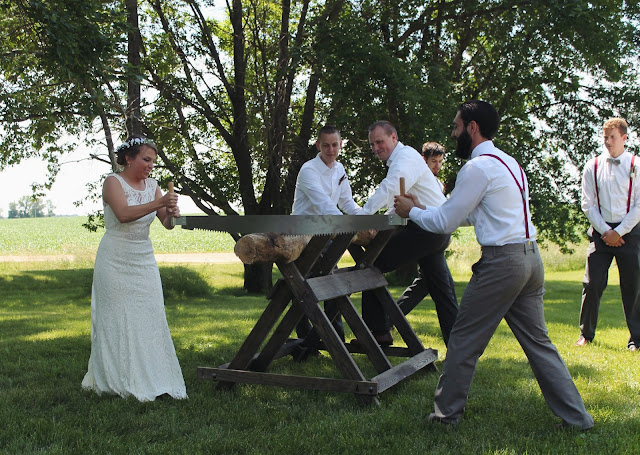 Johnny was a ring bearer so I was having all kinds of proud mama moments, even though he ended up going down a side aisle  and had to be retrieved and set back on course by Alex. 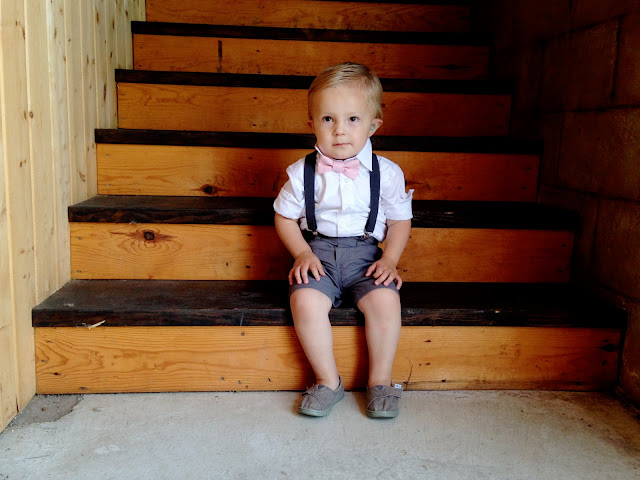 My sister curled my hair so I felt very put together. And we snapped some family photos. 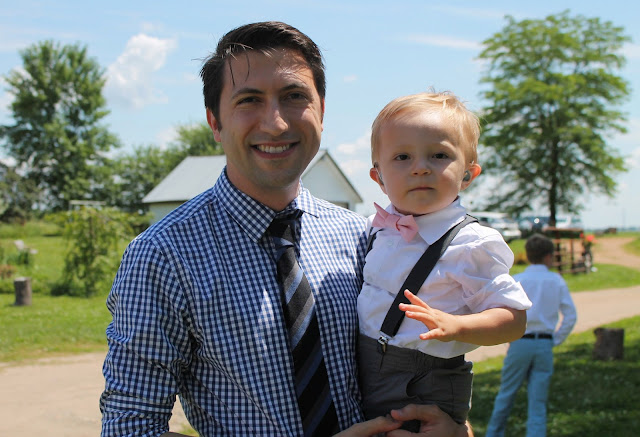 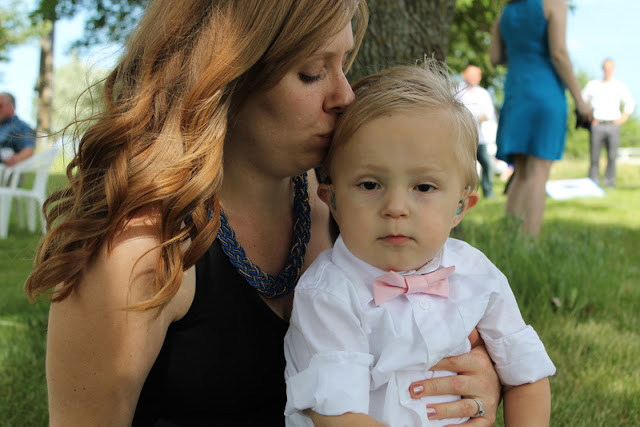 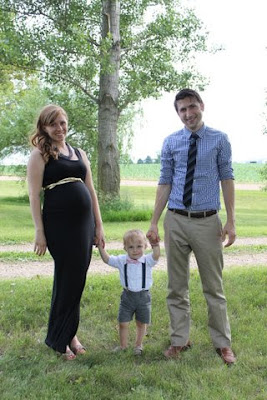 Trader Joe's has become one of my favorite places.  I do most of my grocery shopping at Aldi. Now I've heard that there are some nice Aldis out there, but the one by us is ghetto. Like, armed security guard ghetto. So when I go to Trader Joe's it's like going to the Ritz. They bag my groceries for me, they give my samples, they give my kid stickers. Many a witching hour have we just packed it up and gone to Trader Joe's.

The last 5 or so times I have been there I have seen these yummy looking things. 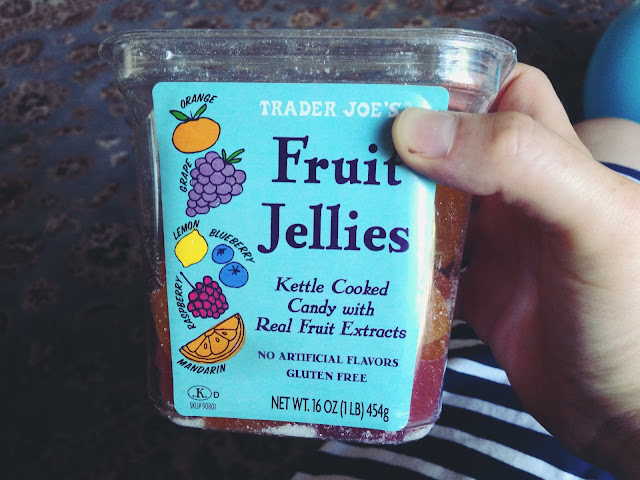 But have refrained from getting them by telling myself I shouldn't be eating sugary sweets anyway. Well, last week I passed my gestational diabetes test so I am letting loose. The Fruit Jellies are mine, and they did not disappoint.

I'm watching Friday Night Lights, again. After I finished The West Wing I told myself that I would try watching a new show.  But it didn't happen.  Part of it is because I knit while I watch TV so if it's something I've seen before I can do more listening than watching and get  a lot of knitting done. But if it's a new show then I kind of just need to watch. I though that I just didn't want to take a chance with something new.  I want to watch something that I know I will love.

And even though I don't like football, I love Friday Night Lights. I love Coach and Tami. I think they are one of the greatest TV marriages.  Whatever happens, you always know Coach and Tami are going to be ok. And I love the southern accents. And I love the small town vibes. Maybe I need to write a whole post about why I love Friday Night Lights. But until I do I will just give you this.

I don't know much about photography, but I'd like to know more. You always hear people talking about "the golden hour", and the other night I think we were outside during it.  So I grabbed the camera and took some snaps of my little guy and I think they turned out ok.  Except that it's nearly impossible to get him to smile. 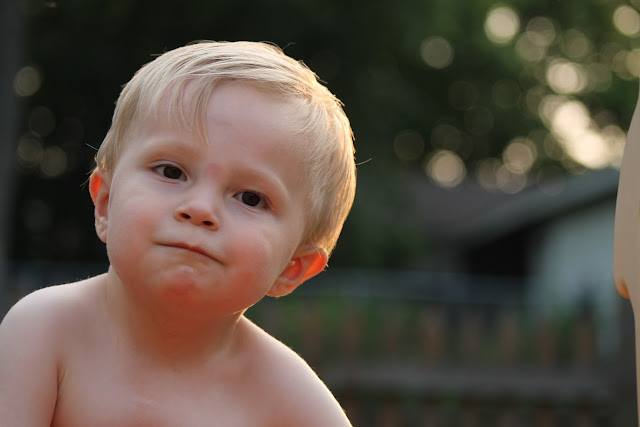 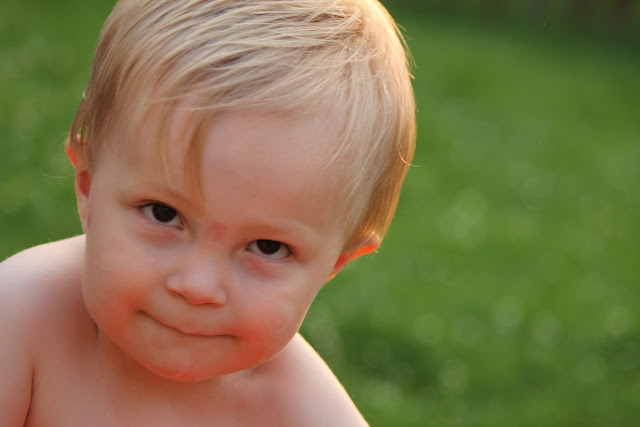 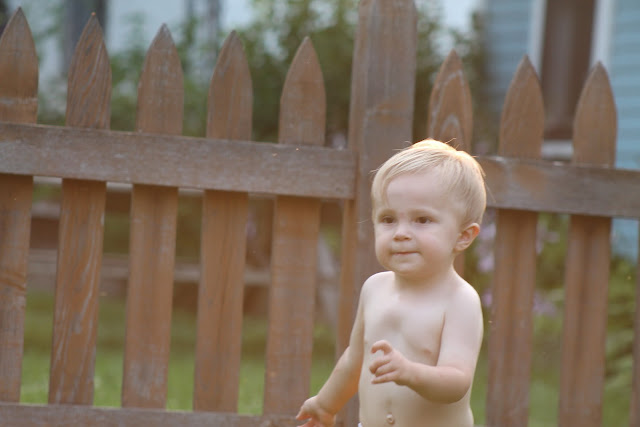 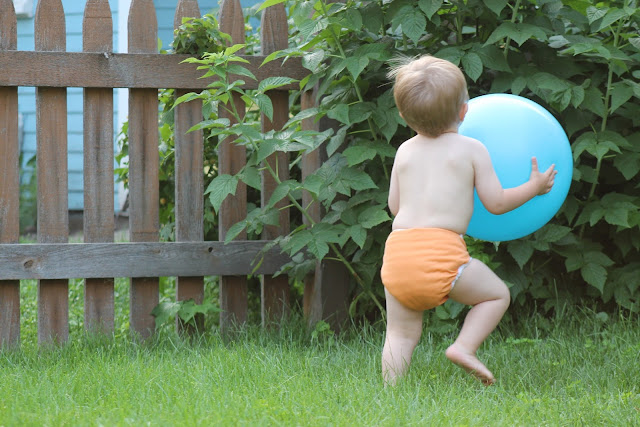 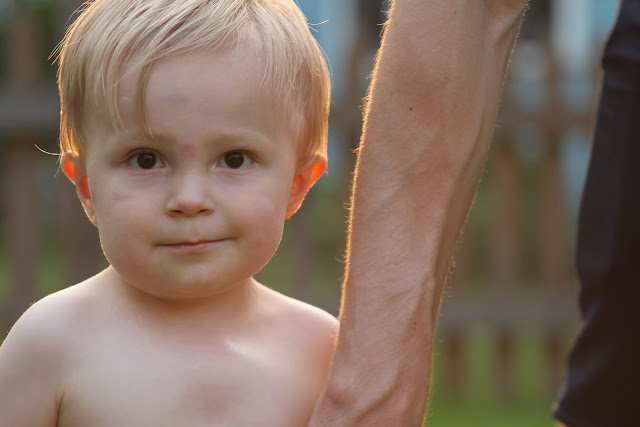 The last post I wrote was about solo parenting, and one of the things I wrote about was lowering expectations. This is a real struggle for the girl who likes to get all the things done every day. But between a toddler and 28 weeks preggo it just is not going to happen anymore. One of the (many) things I have let myself off the hook from is blogging. As much as I love it I'm realizing that sometimes a nap is more important than a blog post. If I have something I feel is worth saying I will say it, But if I don't then I'm not going to stress it, go under the radar for a while, and hope that you still like me when I resurface.

All that so say I may not be posting as much for the next, oh who knows how long. And I'm ok with that.

So until next time! xoxo.