Jury Duty, May You Never Get The Summons

Mondays are never easy. Can I get an "amen"?

But last week I had a particularly awful Monday.

It all started at around 7:15 am when Alex woke me up with a piece of paper in his hand and said, "You have jury duty today."

You see, I really thought it was MAY 6. I thought I had a whole month to find a way out of this. I was going to call the office and explain how I had a toddler at home and we have a very limited number of sitters to use, and I run my own business, and it would be a financial hardship for me to miss work, and that week was the week before my spring recital so I really can't cancel any lessons that week. But because I have pregnant-brain and can't keep anything straight I had no time to tell my story and had to suck up the fact that I was going to jury duty.

And why was Alex going through our mail at 7:00 on a Monday morning you might be asking?

Good question. You see, Alex is very frugal and doesn't like to pay for things that aren't necessary. So when he got a parking ticket a few months back he thought that it was an unnecessary expense and was going to contest it. So he was up early looking for the parking ticket and found my jury summons while he was at it.

Back to me. I had less than an hour to be at the court house, I was not showered, Johnny was still asleep, and I had no childcare set up. Obviously the shower was not going to happen. So I got Johnny up, got us some breakfast,  got as presentable as I could and we headed out. We met Alex at the court house, where he had just finished getting out of his parking ticket, switched cars, Alex took Johnny to speech therapy, and I accepted my fate for the day.


Going to the court house is like going through airport security. I had my entire knitting bag confiscated because as you know wooden knitting needles are exceedingly dangerous. Luckily I had some books on my phone to keep my brain from turning mush while I waited in a hot, smelly room with over a hundred other people until 11:30 when they told half of us that we could leave. YAY!

From the court house I drove over to Alex's work, where he had taken Johnny after speech therapy. I got Johnny home and down for a nap, and after all this felt like I needed a strong drink but it was only 1:00 in the afternoon and I am pregnant so that wasn't really an option for me.

Tuesday I had to report back to the court house. My mom was able to come over and watch Johnny Thanks mom! And I spent the day sitting in the jury room waiting.

Jury duty is pretty high up on my list of least favorite things to do, but I do believe that any experience, no matter how unpleasant, can give new perspective.

I got a little glimpse of what it must be like to be a working mom. Getting up early each day and scrambling to get yourself and you kids ready and out the door. Having to say goodbye to them for the day. It's really hard!

So many times as a stay at home mom I just want a day off.  A day away. I want to be off the hook for diapers and getting lunch ready and doing nap time. I want a break from playing with the same baby toys and looking at the same books over and over. But when I did get a day away last week all I could think about was Johnny and how I wanted to be home with him. I had my laptop and some books and could have read and blogged to my hearts content. But I just wanted my regular routine. And by 3:00 pm, when I got released, I felt like I was being freed from a day in prison. 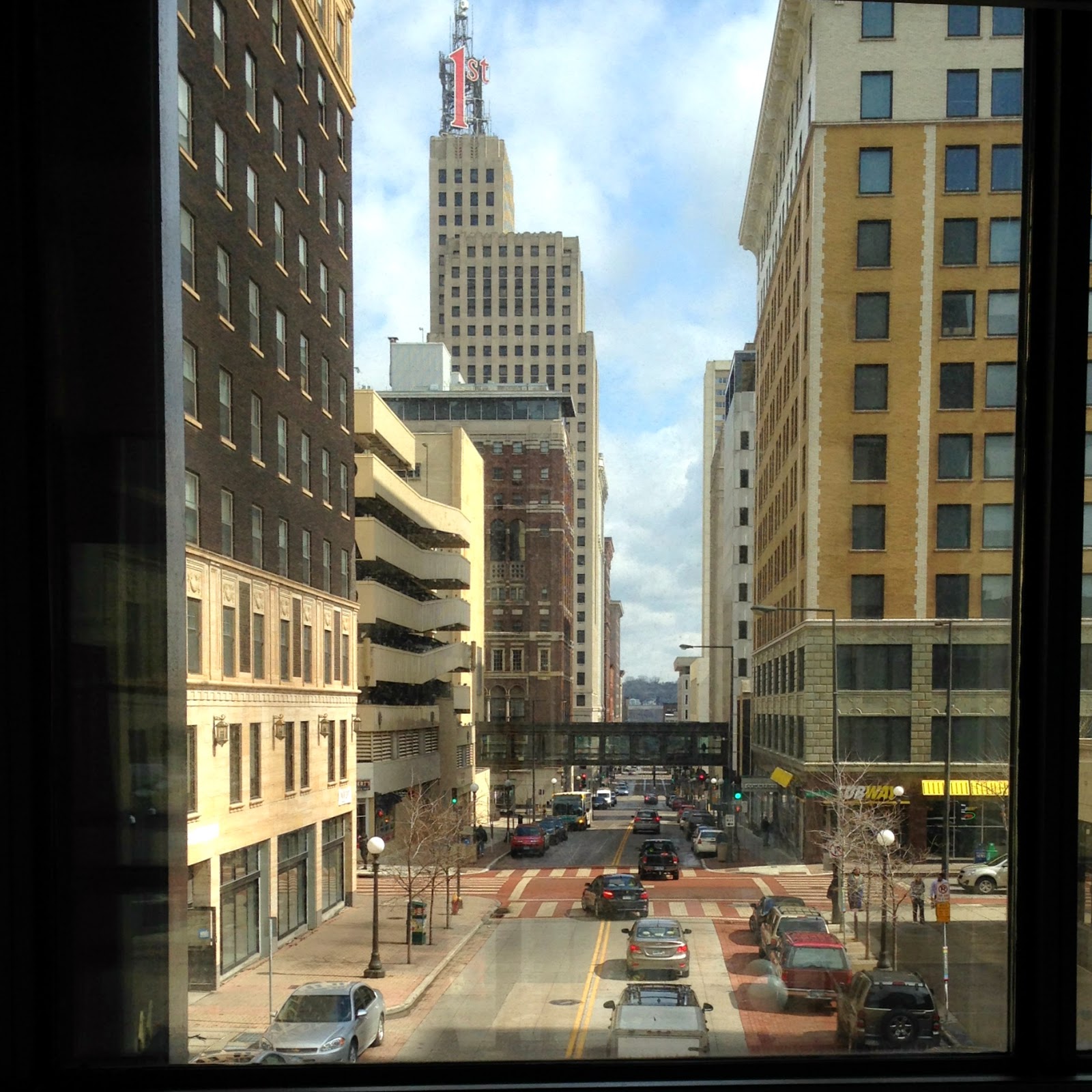 Each night I had call in and listen to a 5 minute long recording to see if I needed to report the next day. Wednesday I was not needed, Thursday I was not needed, and I was beginning to like my jury duty was at an end. But, lo and behold, I had to report for Friday. I am still praising The Lord that I got released at noon, and that I didn't get put on a case Friday that could have continued into this week. It was rough, but it could have been a lot worse.

At least I know I'm safe for the next 4 years. And a good lesson learned: write things down in your calendar!

Email ThisBlogThis!Share to TwitterShare to FacebookShare to Pinterest
Labels: happenings