In case you were wondering how we fared during Holy Week, you can put your mind at rest and feast your eyes on this gem of a recap post, complete with grainy cell phone pictures.

Alex is super involved with music at our church so between rehearsals and the Triduum he was gone every night last week. I was dreading it, picturing myself wrestling Johnny to sleep each night in place of Alex, who usually does bed time with him. But it actually wasn't so bad. There was only one night he missed bed time, and he was around for dinner most nights too. 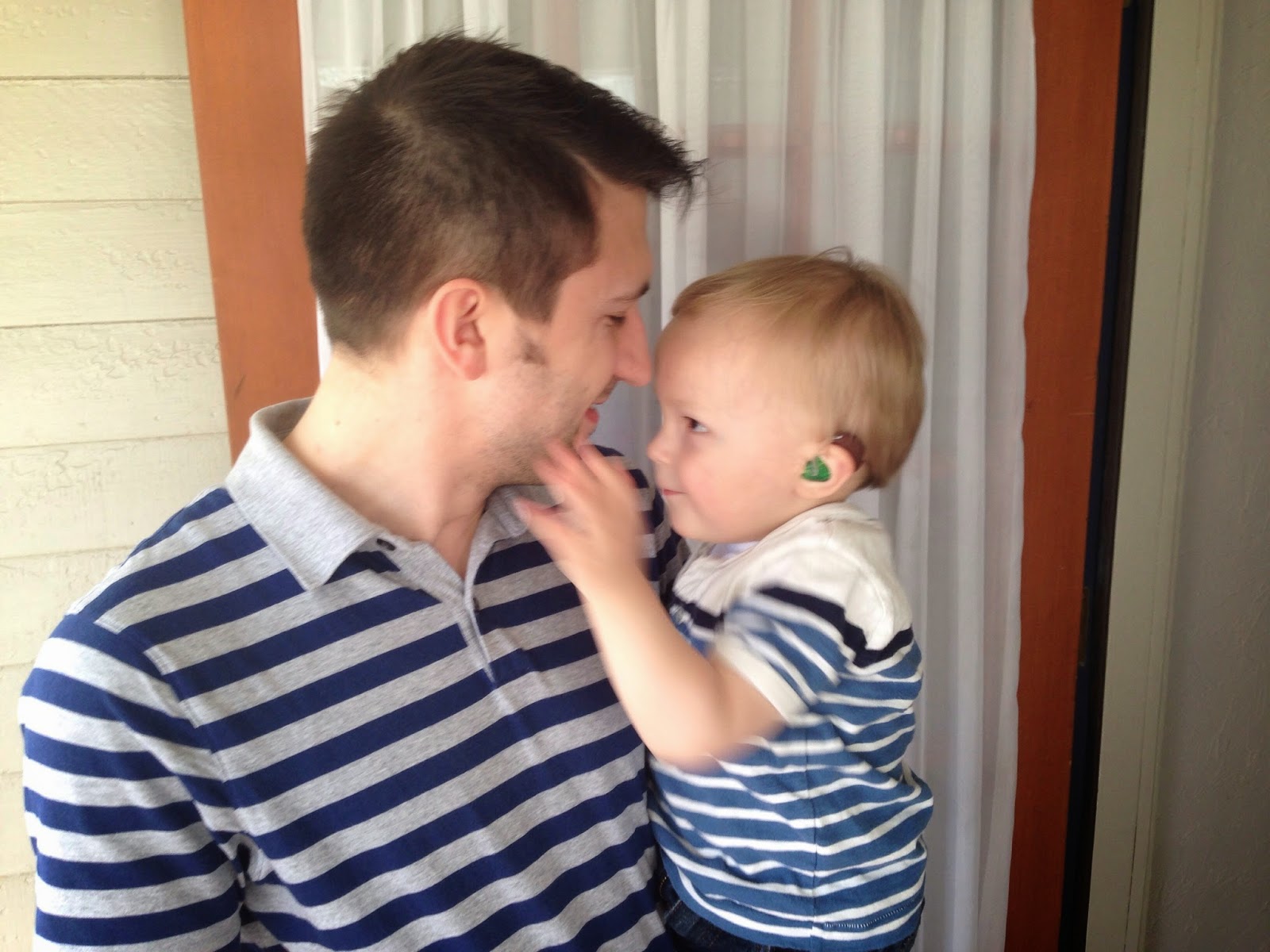 I decided to gird my loins (as my friend Nell would say) and take Johnny to the Holy Thursday and Good Friday services at our church.  Holy Thursday went pretty well. Johnny spent most of mass working on holding the hymnal with one hand, the way I have to when I'm holding him on one hip and still trying to sing.

He also made the little girl in the pew in front of us very sad when he whipped out his sippy-cup and ziplock bag of goldfish crackers  I felt deeply guilty of having made mass all the harder for that poor family and instantly began reevaluating my decision to let Johnny have snacks during church. This has been how I have been surviving  mass by myself every week while Alex sings in choir. I know it will have to stop at some point. When is that point? Older, wiser parents? Advice? Please don't judge me too harshly.

Good Friday I tried to fast as much as possible in my pregnant state. No TV. No morning coffee.  No sweets. No instagram. I can't go more than a couple hours between meals/snacks without feeling gravely ill, and even though I was eating regularly I still felt hungry all day. I think it was sympathy hunger for everyone else who was fasting.

Johnny and I went to the Good Friday prayer vigil at the Planned Parenthood near our house. Johnny got to ride a school bus that shuttled us to and fro, and I thought that since he goes bananas with glee every time a school bus drives past our house he would be pretty thrilled to ride on one.  Instead he cried and kept his face buried in my jacket the whole time. We've been going to this event since Johnny was just a tummy baby and it's always deeply moving to me. It's also nice to have an activity to do that still feels Good Friday appropriate. 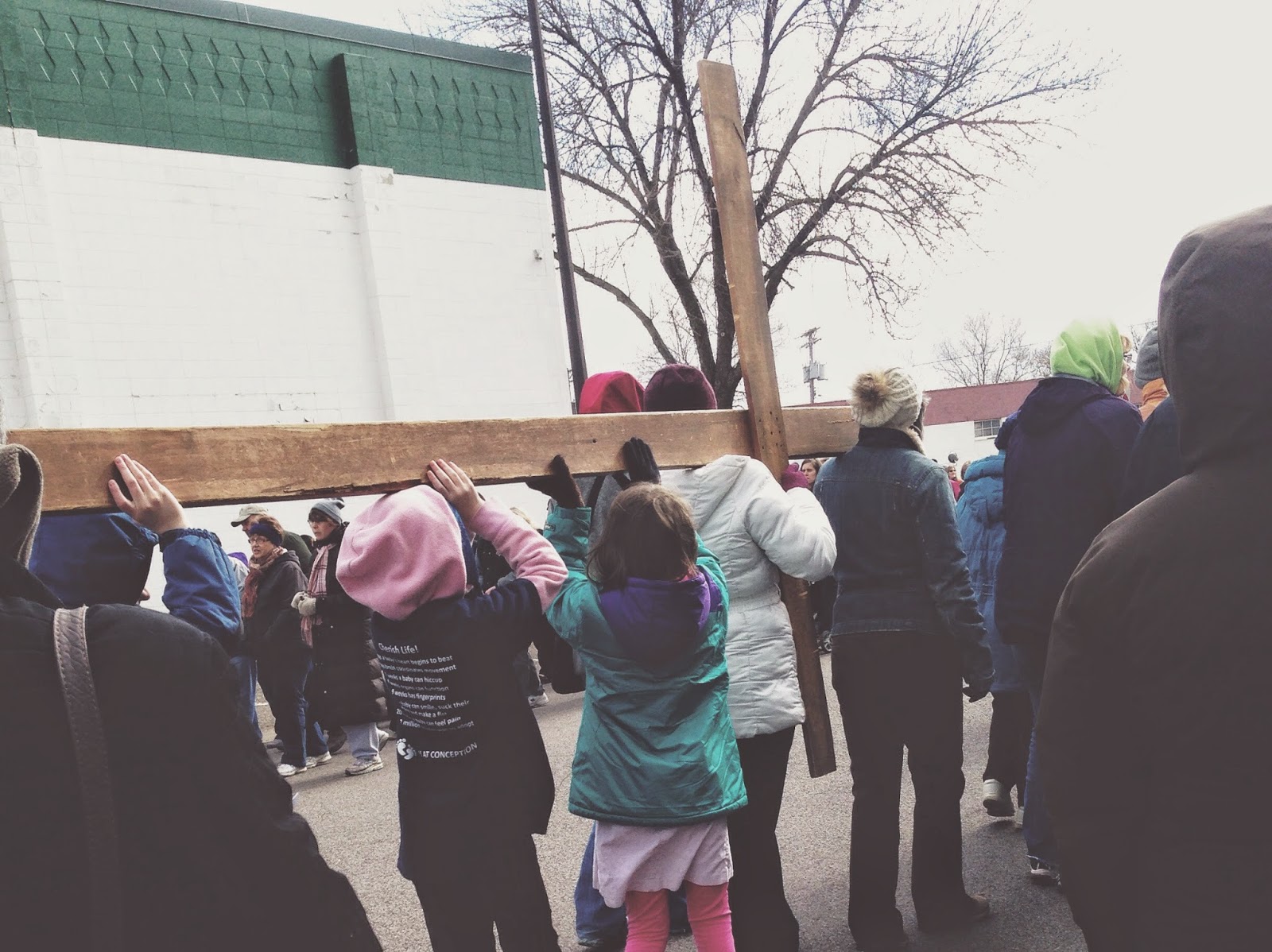 We did a little grocery shopping, went to stations of the cross at 3:00, ate tuna cheese melts for dinner (yum!!) and killed time waiting for church. My sister came with us for the Good Friday service, and I don't know if it was having a fun family member with us, or the recent memory of stations where he was permitted to walk around the church, but Johnny was terrible that night.  The worst he was been in church ever. For the first time ever he noticed Alex cantoring on the altar, even though Alex has been doing this all Johnny's existence. H kept shouting "papa?" in his high pitched screech that rebounded so nicely off the vaulted ceilings. Nothing could induce him to quietude, so he and I spend most of the service in the narthex.

For the first time since Alex and I have been dating he did not have to work the day before Easter.  In the bakery business the day before any major holiday is a really big day, getting up at 3:00 am and working 12 hours straight. But since Alex is on his way out of the bakery business and on his way to being a full time student many of his duties are being passed on to other people and he didn't need to go in! Alleluia! So we spent the day baking Easter goodies, including this cake, and getting some chores done. 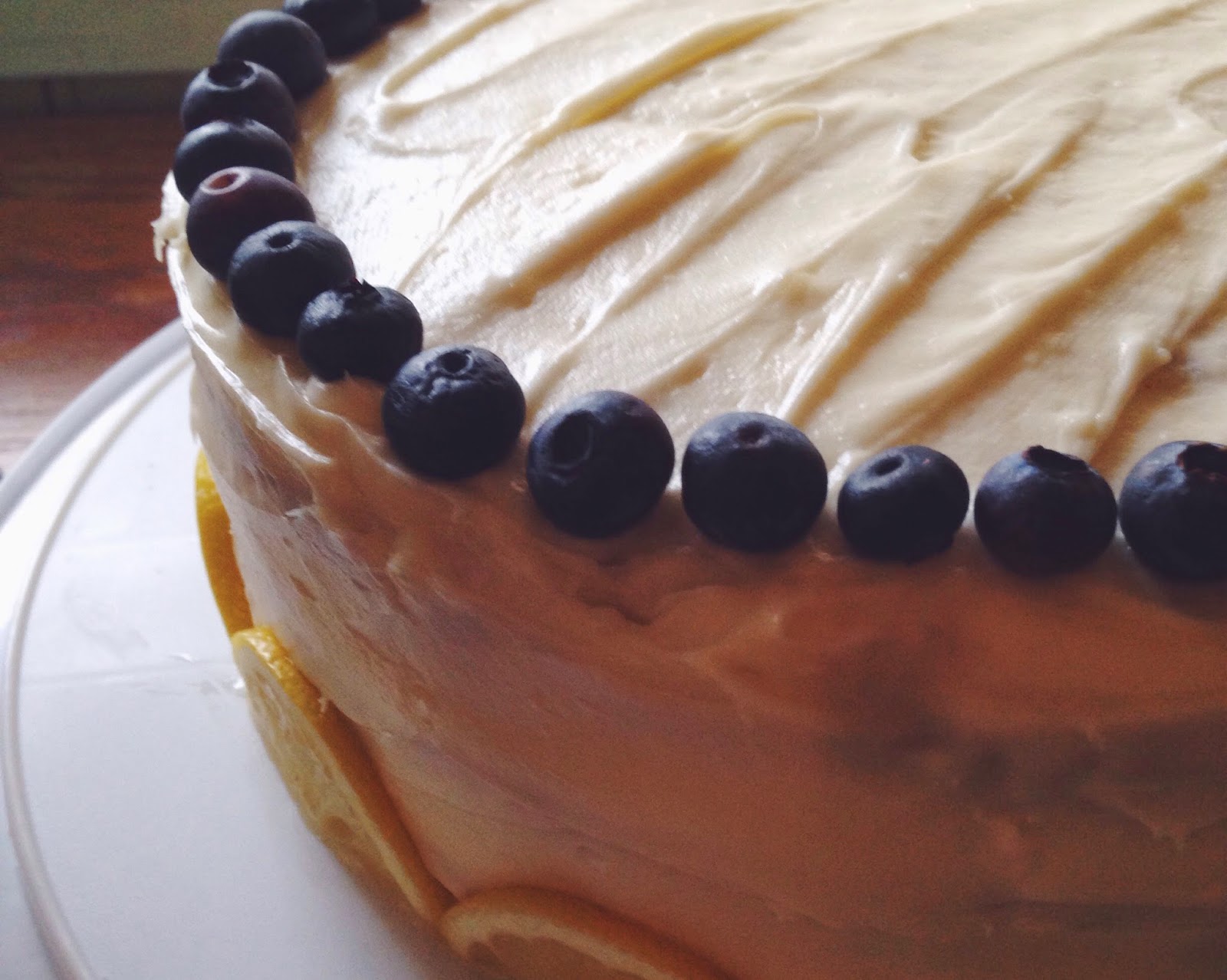 My parents so nicely agreed to come over to watch Johnny so that I could go to the Eater Vigil and hear my husband sing the Exultet. Johnny is really hard at bed time  It takes me an hour to get him to sleep and it usually takes Alex a half hour. I wasn't sure that he would go to sleep for my parents at all and was bracing myself for an over stimulated, over tired toddler to deal with when we got home. But he was sound asleep and it turns our it only took my dad 10 minutes to put him to bed! (He's a grandpa's boy.) So now the questions remains, do we try a night away without him? I think yes. 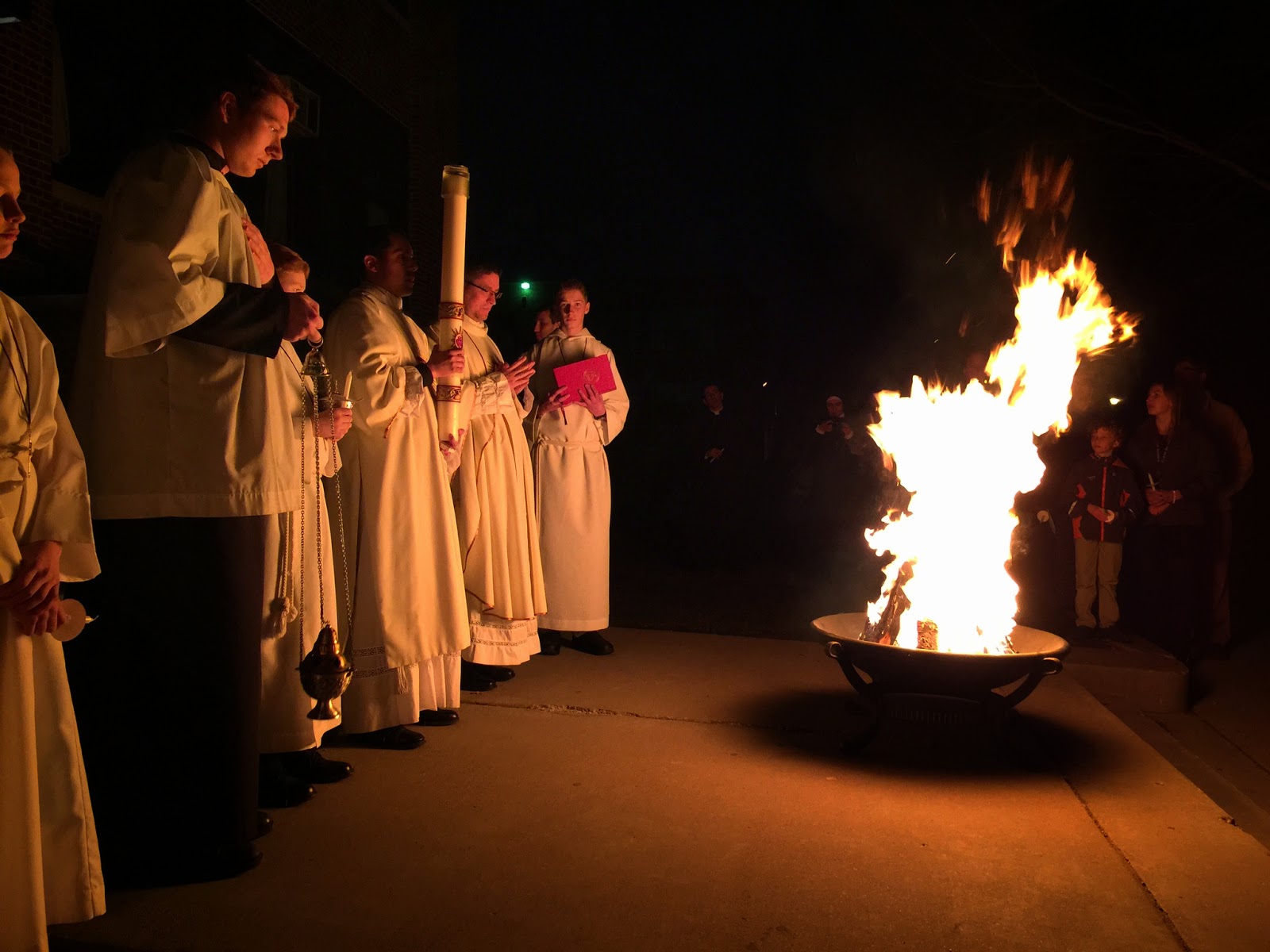 Since we both went to the Vigil and I got all my baking done on Saturday we spent Easter morning in our PJs eating cinnamon rolls and bacon. It was the most relaxing morning we've had in a long time. I even painted my toenails. Johnny took a great nap, Then we headed over the my parents house where we feasted ourselves on ham and cheesy potatoes (a Lutheran thing) and glorified rice (also a Lutheran thing), and of course Jelly Bellies and malted milk eggs! 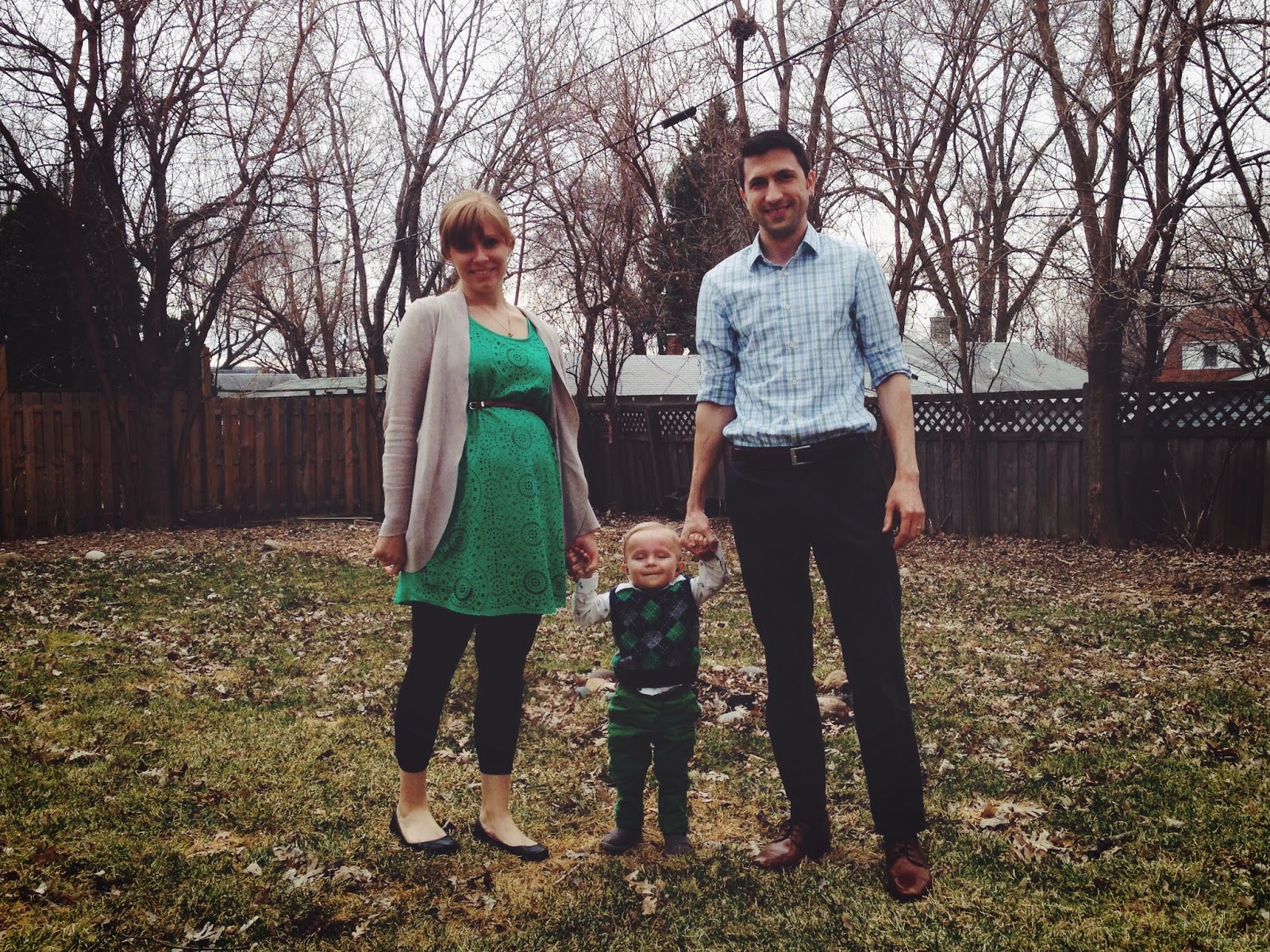 Congratulations, you made it to the end of this post. I hope your Easter was filled with all the treats you like the best, and don't forget, it's still Easter! So keeping saying Alleluia!

Email ThisBlogThis!Share to TwitterShare to FacebookShare to Pinterest
Labels: Easter