It's been almost 2 weeks without a blog post. Where have I been? you may be wondering.  You may not be wondering, but I'm going to tell you anyway. Lucky you!

January has been living up to its reputation as the longest, most awful, soul-crushing month of the year in our house. Johnny, who went the first year of his life without so much as a runny nose, has been sick for the last 2 weeks. It started out as croup. One night around midnight Johnny woke up sputtering phlegm and gasping for air, which really freaked out Alex. Which in turn really freaked me out because Alex usually never freaks out about anything. We sent a video of a wheezing and coughing Johnny to my father-in-law pediatrician and promptly heard back that it was croup and that there wasn't a lot we could do besides get a humidifier going or let him breathe in some cold air. Have I mentioned how nice it is to have a pediatrician in the family? Poor congested Johnny spent the next several nights in our bed, and wouldn't sleep unless he was nursing.

After a few days Johnny was feeling a little better, but Alex and I were sick from getting no sleep. And being sick with a baby really is the worst. Two days and 20 packets of Emergen-C later we were past the worst of it. But Johnny was not getting better. He was crabby during the day and sleeping terribly at night. So a trip to doctor-grandpa was arranged and an ear infection was discovered. Antibiotics were prescribed, Johnny FINALLY started to sleep a little better, and I was very grateful.

Johnny being sick threw off everything sleep related. He only wanted to sleep in our bed and he wanted to nurse all night long. It's been impossible to get him out of our bed and I've been reaching a new level of touched out. So we did the only thing that made sense.

We went to IKEA.

There is actually a really good reason we went to IKEA. We've been talking about taking down Johnny's crib and replacing it with a twin mattress on the floor for a while now. That way when he wakes up in the night Alex can go lay down with him in his room instead of bringing him into our bed. We are night weaning again and we are doing it for real this time.

IKEA was a major success.  No arguments transpired. Only a couple misunderstandings arose.  We made it out with only one impulse buy. This mug! 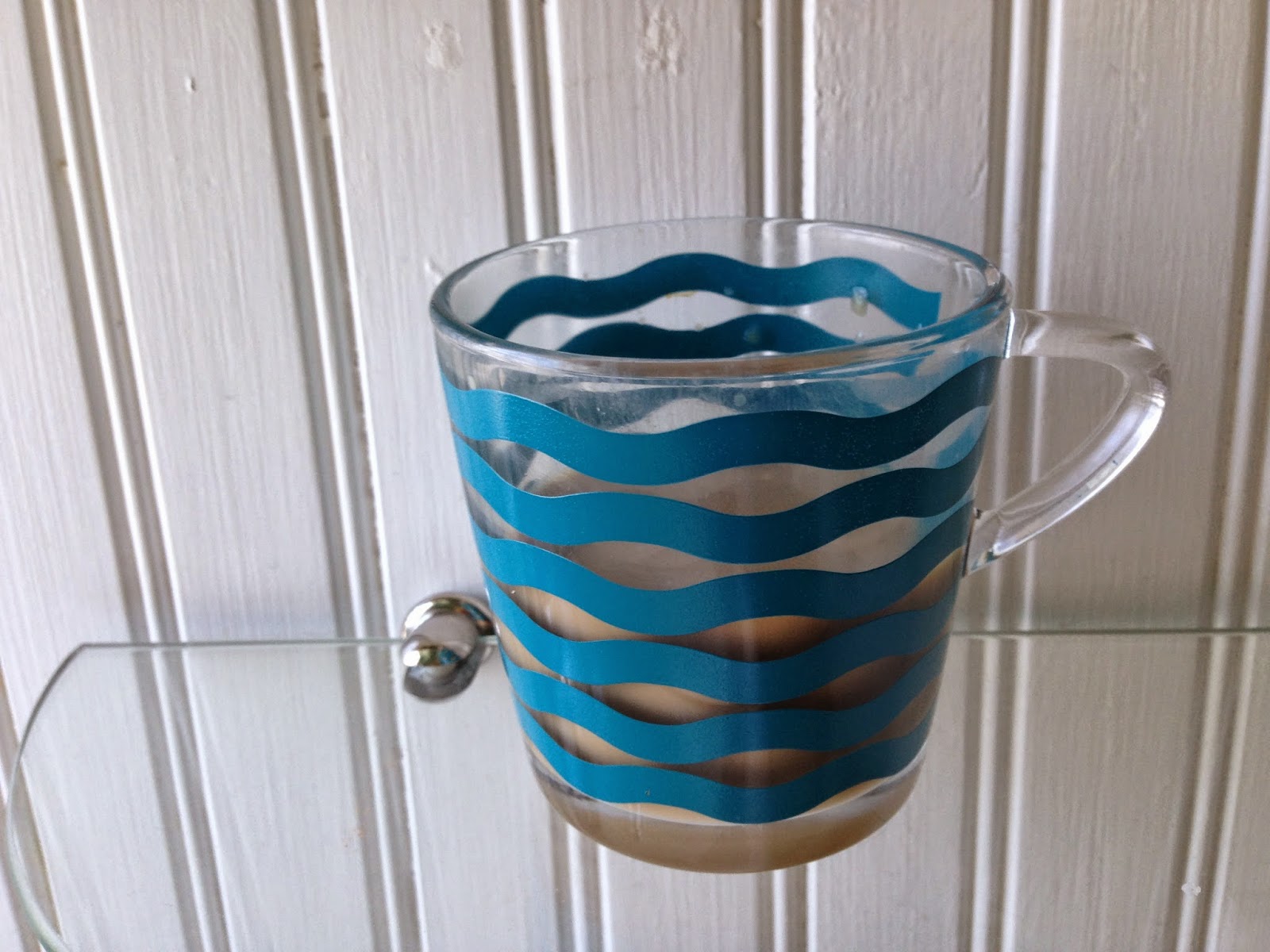 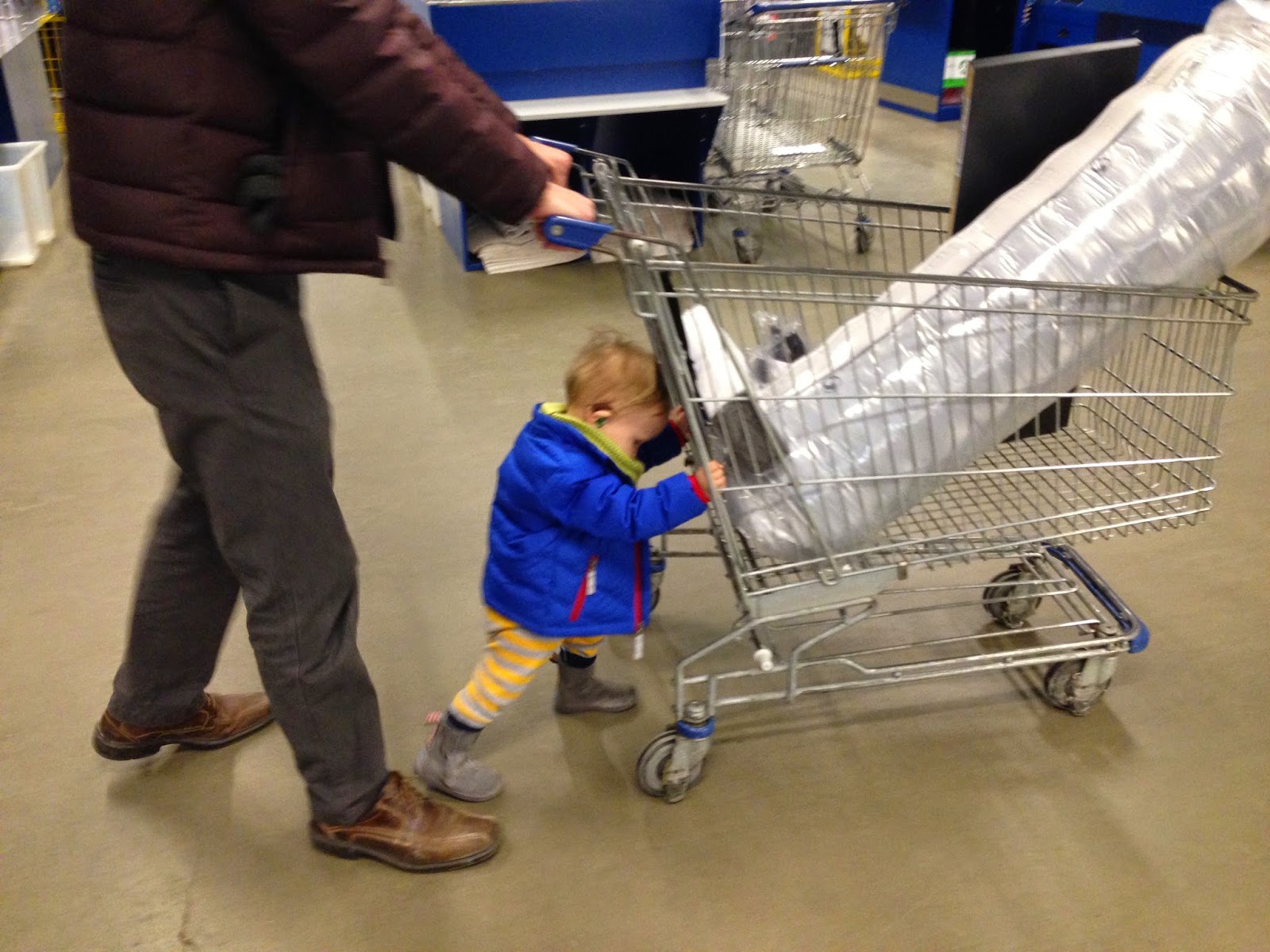 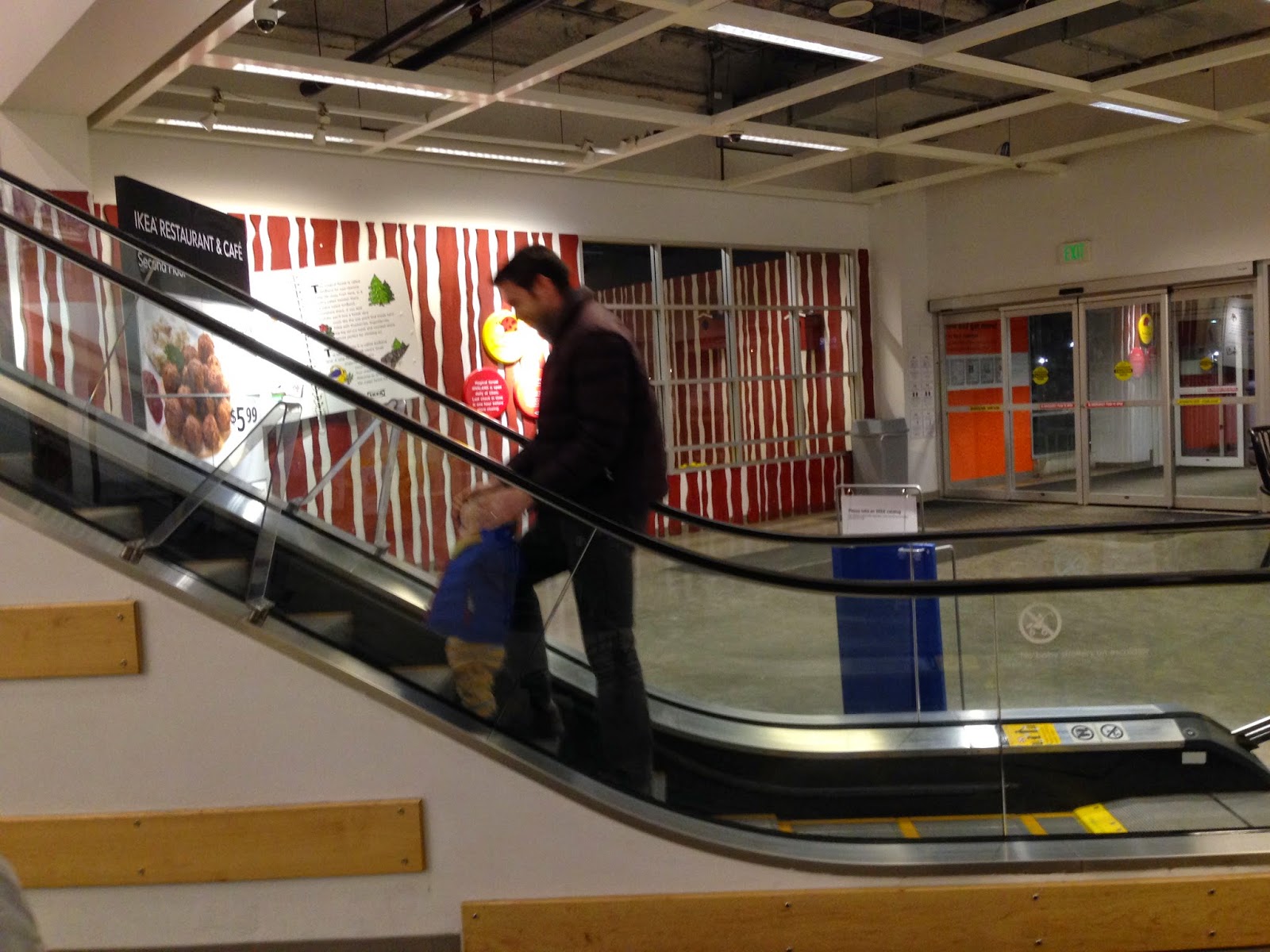 We borrowed my parents' really big car, didn't actually need it because the mattress came rolled up like a Swiss Cake Roll. Like this! 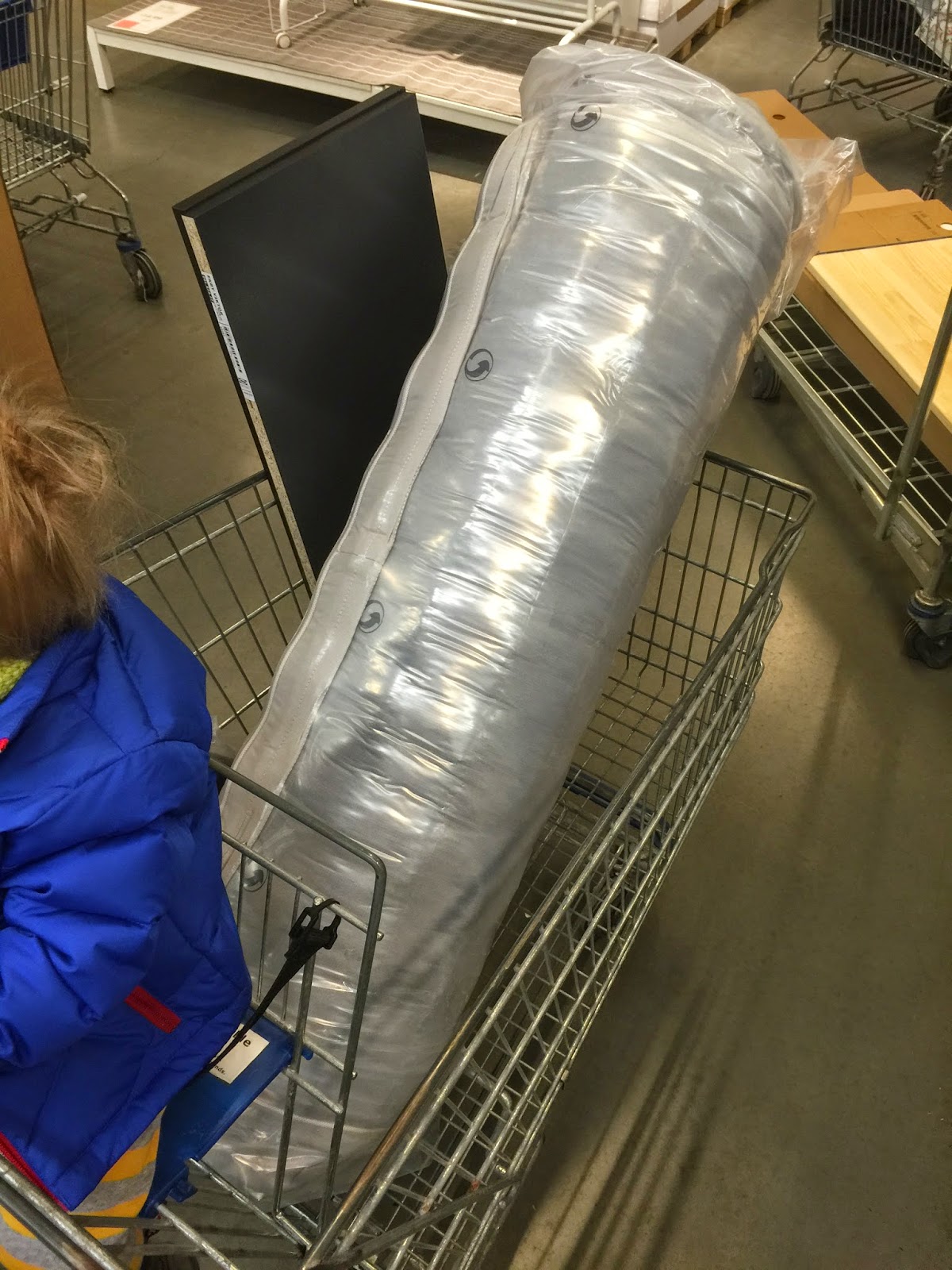 We got home, made a few cuts in the plastic, and jumped back as it exploded into a twin-sized mattress. Now it's in Johnny's room and I have successfully gone two nights without nursing a baby. I am getting a good night's sleep for the first time in about 2 years and my husband is reaching a new level of sainthood by sleeping in Johnny's bed with him. 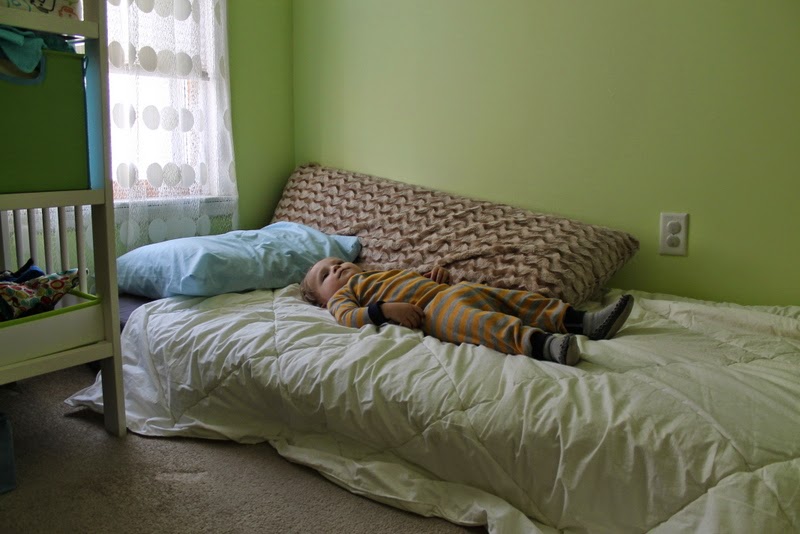 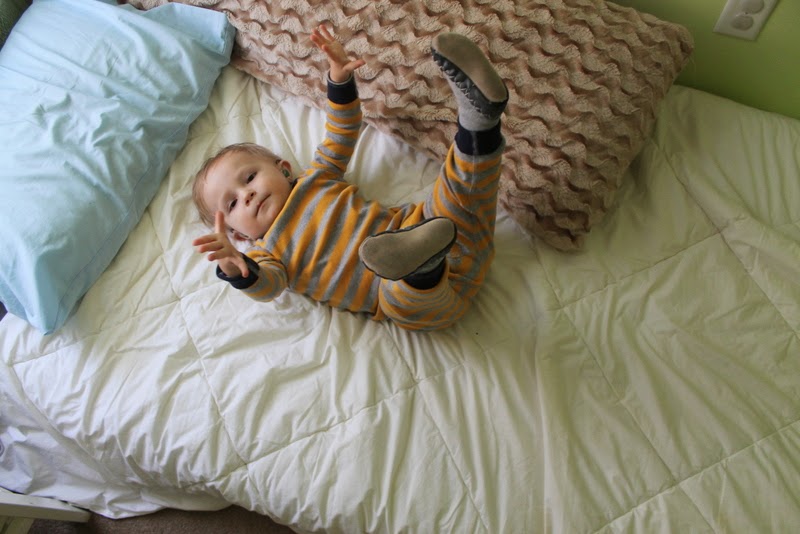 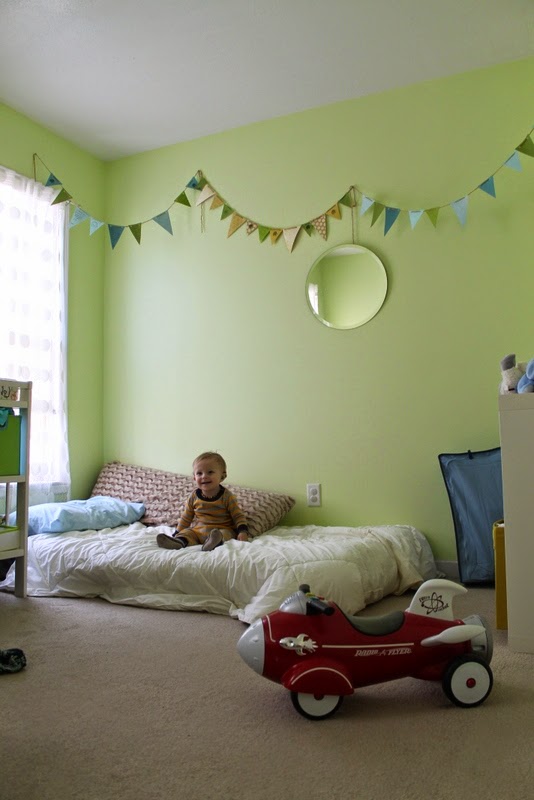 Well, that's been about it for us. How about you? I hope your January hasn't been too terrible. Just a couple more weeks. I think there is hope now that we will make it to February without too much more damage.