This is the 4th and final installment of the story of how I became Catholic.
If you missed any of the previous posts, go and get yourself caught up.
Part 1. Part 2. Part 3. 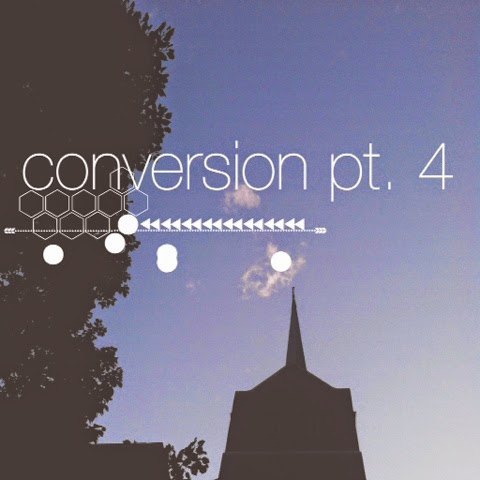 I became Catholic 5 years ago, but my conversion is still happening.

Sometimes I feel like I'm getting the hang of this Catholic thing. I know my holy days of obligation, I'm pretty good at remembering not to eat meat on Fridays.  Alex and I even share a weekly holy hour. But there are still times when some new revelation brings me to my knees in awe-filled thanksgiving, and I feel like a newbie all over again.

One of those moments was when I got my first glimpse into the heart of Mary.


When Alex and I had been married a year we decided it was time to expand our family. Being the relatively young and healthy people that we are the thought never crossed my mind that we might not be able to conceive.  And yet month after month went by without any positive pregnancy tests. Finally, after 6 months, just when I was beginning to consider seeking medical advice, we became pregnant!

I had known only a couple people who had miscarried before, but it was enough to make me want to wait a while to announce our news. 10 weeks pregnant, and on Easter Sunday we told our families that we were expecting, only to have to tell them the very next week that we had lost the baby.

Miscarriage is a lonely type of grief. You have lost something that no one ever saw, and that hardly anyone even knew about. And yet it is a loss so profound that it grabs at your core, making it impossible to see life and joy anywhere else. The physical pain (which no one tells you about) left me totally drained for an entire weekend. But that was nothing compared to the anguish that laid waste to my heart.

One week after I miscarried we were sitting in church. It was Mother's Day.  I had never in all my life wanted to crawl into a hole more than on that day. Father gave a blessing for all the mothers and I could feel my face growing red as I tried to blink back tears. Mass ended and people were gathering themselves up to leave, and a dear friend who knew what we were going through glanced down our pew, made eye contact with me, and mouthed the words "happy Mother's Day." She herself had been through a miscarriage years before, and knew what I was feeling. Unless you've been through it, you have no idea. Among many words of comfort she said "look to Mary, she knows what you are feeling."

All of a sudden I had something in common with Mary, who watched her own Son suffer and die a most cruel death.  A mother's loss- we shared that. I had never prayed to Mary before, I still didn't know how I felt about that, but I simply looked to her and said "I am in pain." And I understood, if only a little, the sword that pierced her own heart. 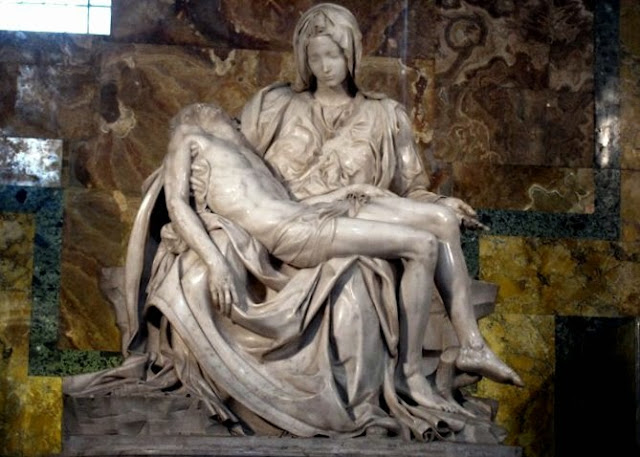 The thing protestants misunderstand most about Mary is that they think she takes the place of Jesus.  But that simply is not true. Everything Mary does points to Jesus and encourages us to "do whatever He tells you" (John 2:5) And as I looked to her and shared my pain with her I was ultimately seeing Jesus, the great Physician, healing the wasteland of my heart and making it a place where joy could grow again.

I recently told someone who has known me for a very long time that I really love being Catholic.  She was surprised to hear that. I guess that means I'm not telling people what I love about being Catholic enough.

I love the smell of incense, and seeing the smoke from it rising up to the ceiling of the church, just as our prayers rise to the heavens to God's own ears.

I love Good Friday, the silent procession, and how the priest, before doing anything else, falls prostrate, completely flat on his face before the altar.

I love going to confession.  Saying your sins out loud is not fun, but hearing yourself say them makes you never want to do them again. And hearing, actually hearing the words, "all your sins are forgiven" is possibly the most beautiful and humbling sound in all the world.

I love Latin, and hearing the liturgy spoken the way it has been spoken for 2000 years.

I love the Easter Vigil. Everything about it is holy and glorious, from the fire outside the church, to hearing my husband sing the Exultet, to the outbreak of bells ringing as the altar is adorned with flowers. 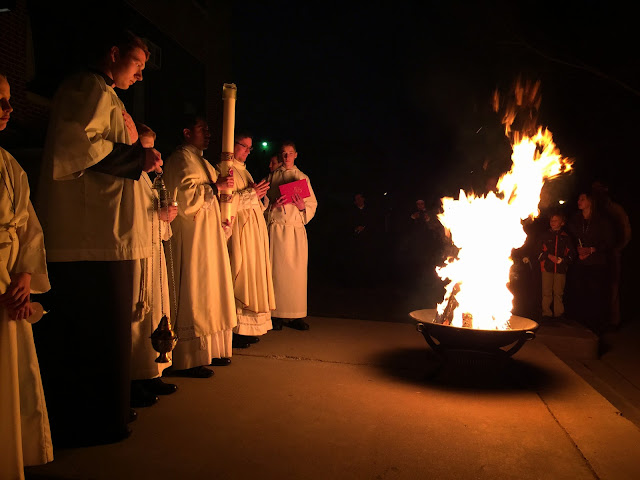 I love going to mass in a different country. I can't understand a word being said but I know exactly what they're saying and what's going on.

I love going into a quiet and empty church and sitting in front of Jesus. Just sitting there.