linking up with Jen for some quick takes

Today Alex and I celebrate our 5th wedding anniversary. And I thought I would salute our marriage by dedicating a quick takes to some of the most memorable moments from these last 5 years of marriage.

In 2010, for our first anniversary, we went to France and Italy. It had been a very warm October here in Minnesota, and so the thought had never crossed my mind that it might be different in Europe.  Well, it was about 40 degrees everyday in France, we hadn't packed nearly enough warm clothes, and we were freezing the entire time we were there. The day of our anniversary we were leaving Paris by train to go to Dijon, but that was also the day the entire country was on strike. Our train was canceled, and we had to wait in a partially outdoor train station in the freezing cold for a train to become available. We asked everyone and even looked into renting a car.

Finally, after hours of sitting in the freezing train station we were able to get a couple seats on a train and get out of Paris.  When we got to Dijon it was cold, dark and rainy.  We dumped our stuff at our hotel, went in search of a restaurant, and had the most amazing meal of our entire lives. Boeuf bourguignon, magret de canard, oysters, and escargot, which I did not think I would like but thought I should try because it's so cultural.  Turns out, I love snails! Maybe the food just tasted so good because we had been cold and starving all day long, or maybe it was really a fantastic restaurant  Either way, it was delish and I will never forget it.

Planting our garden is something we look forward to every year. Every spring we brainstorm about what veggies we want to grow.  And then about mid May, when the danger of frost is (or better darn well be) over we spend a morning at the St. Paul farmers market picking out our plants. Then we come home, get on our hands and knees, and put the garden in.

The first summer we were in our house we bought a raspberry plant.  Just one little shoot. We planted it and didn't get a single berry for the first two years.  But little by little it has grown and bears a little more fruit each year. (good metaphor for our marriage, right?) This year it was so fun to see Johnny enjoy the garden. He loves eating fresh raspberries straight of the bushes. 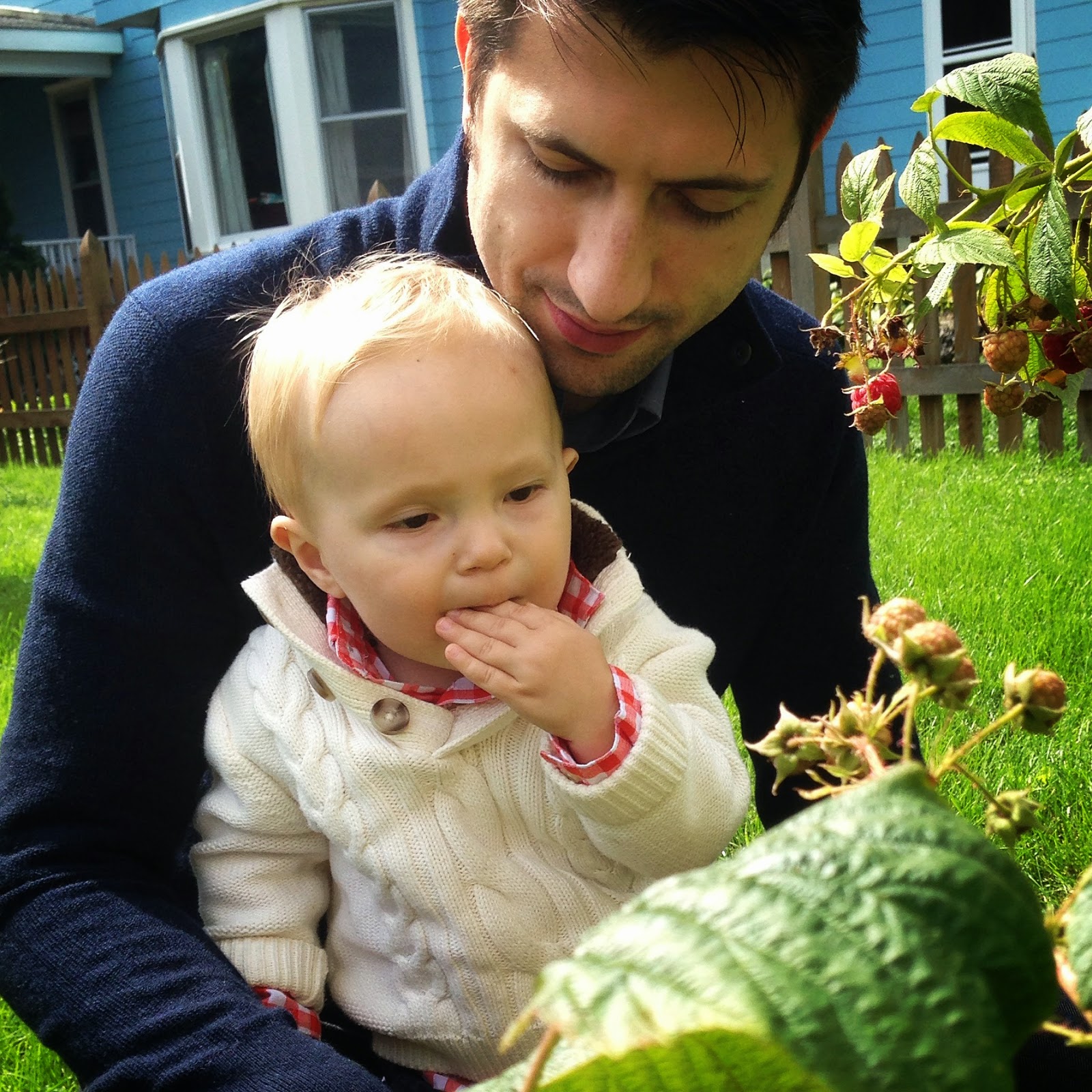 Alex and I have experienced a lot of negative pregnancy tests together. Getting up early, Alex setting a 2 minute timer on his phone, waiting breathlessly, and then crawling back into bed totally crushed by disappointment. All that disappointment has only made the two positive pregnancy tests we've had all more amazing. The first one was absolute elation after trying for 6 months.  The second one, over a year after our miscarriage, was more somber.  We were excited, and scared, and immediately sought the Lord in prayer. It's been hard and it's been good, and we've been through it all together.

Opposites attract, right? Well, I wouldn't call Alex and myself opposites. We have quite a bit in common. But there are a few things that we are dead opposites about.

1. I love mornings in the spring and summer when, just as the sun is beginning to rise, the birds start to sing. We sleep with our windows open whenever the weather allows for it, and I love hearing the birds sing during those early hours, they make the perfect soundtrack to snoozing.  Alex, on the other hand, hates it. He will close the windows, no matter how stuffy it makes our room and turns all the fans on high to try to drown them out. It's so sad.

2. Alex is super fastidious about his hands being clean.  Anytime he eats anything even remotely sticky- jam, honey, ice cream, maple syrup is the worst offender- he can't rest until he was gotten rid of all the stickiness.  But that stuff doesn't bother me.  I confess, that sometimes after eating, say, pancakes with maple syrup, I will just lick my fingers and go on with my day. I know, it's gross and childish, but it's the truth.  And it makes Alex a little crazy.

3. I have theory that every couple has a spender and a saver, to balance each other out.  The saver keeps the spender from sending them to the poor house, and the spender keeps the saver from becoming a miser.

Alex is the saver, and I'm the spender. He will always buy off brands, he will always buy the cheapest thing (that has good reviews) and he will wait as long as he can to replace an item that has broken/worn out/no longer fits.  I will always choose the brand names,  if I find out something is expensive that makes me like it better, and I will take any and all excuses to go buy something. Yeah, I'd say we need each other.

Getting married is hard (on many levels) because you don't just have this new person you're sharing your life with.  You have all their family and friends that you're sharing your life with too! The number of holiday gatherings to attend is instantly doubled, as is the number of friends you need to try to keep up with.  For some people this can be a real stresser, but I am have been fortunate enough to marry into family and friends that I really like. We do double duty on almost every holiday, and while we end up eating way too much food, it's super fun! And Alex's friends are no longer his friends, they're our friends. And I often see them without him. It's been a pretty huge blessing.

We spent 8 days in the NICU after Johnny was born.  Those were by far the worst days of my life. But a lot of really special things happened there. I learned to breastfeed in the NICU, we had so much encouragement coming in everyday through Facebook and emails. Alex and I clung to each other and relied on our families more than we've ever had to before.

The first night Johnny was in the NICU I slept at my parents house because I needed rest and we all thought I would sleep better there. Wrong.  I was up almost the entire night crying and worrying about my two-day-old baby. So after that I slept at the NICU with Alex.  We shared a tiny little pull-out couch/bed that was not much bigger than a twin. Every night we would unfold our scratchy hospital blankets, and squeeze onto our little bed. I was still sore and weak from giving birth, and nurses were in and out of our room almost every hour to check on Johnny, but that's where I wanted to be. We both wanted to be there. I will never forget what it was like to spend our first week of parenthood in such an intense setting. Because of that week we know we can handle anything together. 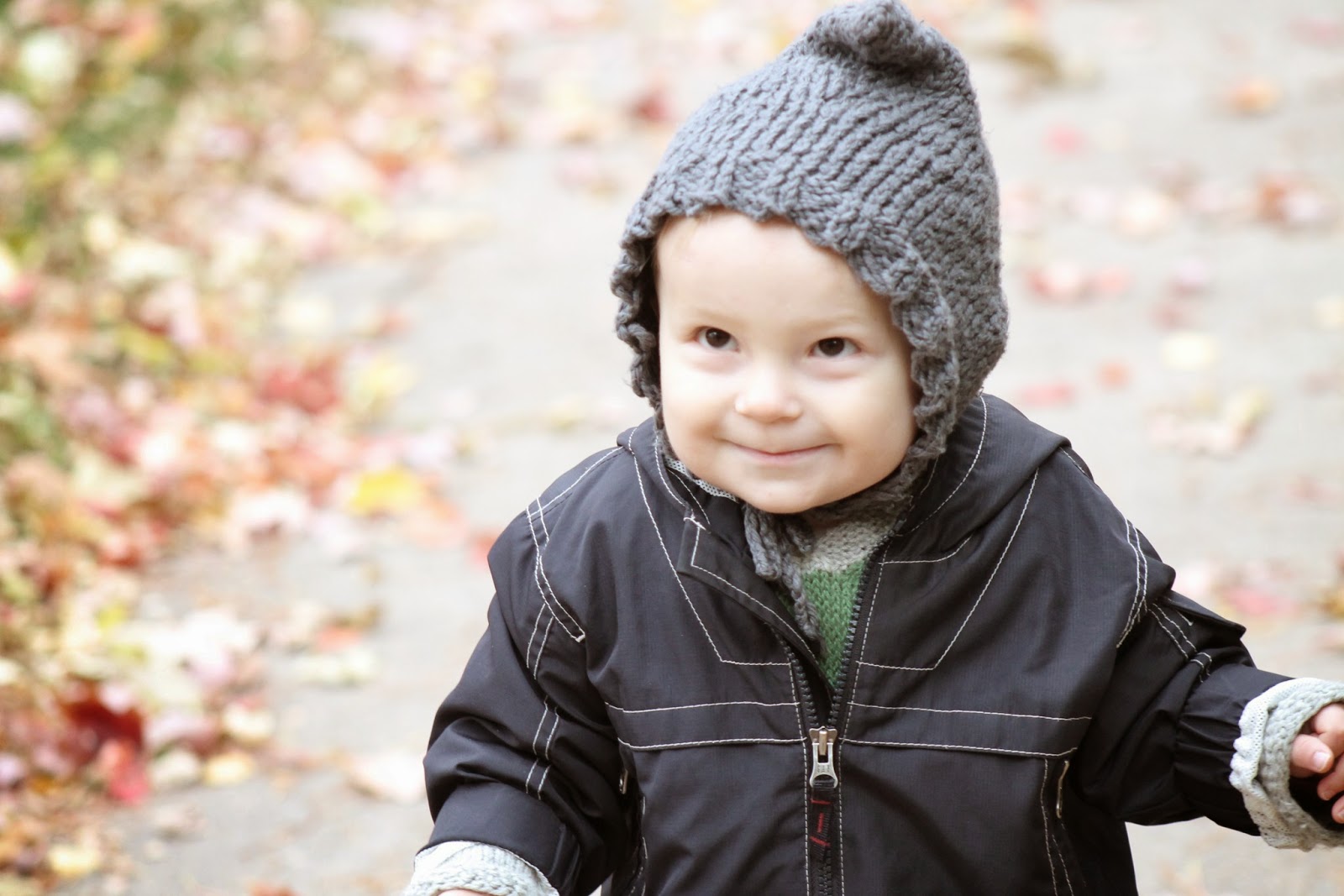 By far this little guy has been the biggest highlight of our marriage.  During the time that it was just us we got to sleep a lot more, and go on more dates, and do a lot of fun things, like travel the world together,  But at the end of the day when Alex gets home from work and Johnny's running around naked after his bath, well, that's when we know that we've really got it good now.

want to keep up with this blog? be sure to subscribe!