linking up with Jen at conversion diary for my 7 quicktakes

//1//
I have to start out talking about the weather because I'm a Minnesotan and that's what we do. Well, as I am sure you're aware, it has been the coldest, most lousy winter/spring since we took up keeping records of such things. And we just can't catch a break. I was going through some budgeting stuff and realized our April heating bill was higher than our December heating bill. I was hoping that now that it's finally May I would be able to shut off the furnace and save a little moolah, but I caved in this morning and turned it back on after realizing Johnny and I both had ice cubes for feet.

I gave my student recital last weekend. I've been teaching for seven years now but I still get so nervous for my student recitals. I spend months preparing my students, picking out music that will be good for them, helping them learn it, tweaking, fussing, and stressing over it. Hoping I did enough and feeling the weight of responsibility, the day of the recital comes and the only thing I can do is sit there and watch and pray they don't go too fast!

All my students did great, of course, and left me feeling quite proud!

My little brother is graduating from high school in just a couple weeks! He and I got together last week and I did some senior pictures for him. I don't plan on trying to become a professional photographer or anything even remotely close to resembling that, but I am trying to learn how my camera works and would like to justly capture all the beautiful moments in my life. So there you have it. And here are some of his pictures. I think they turned out alright, if I do say so myself! 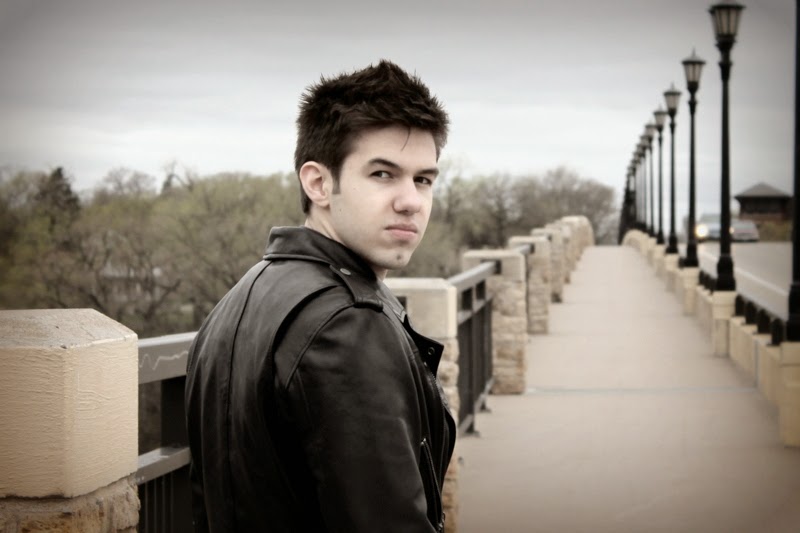 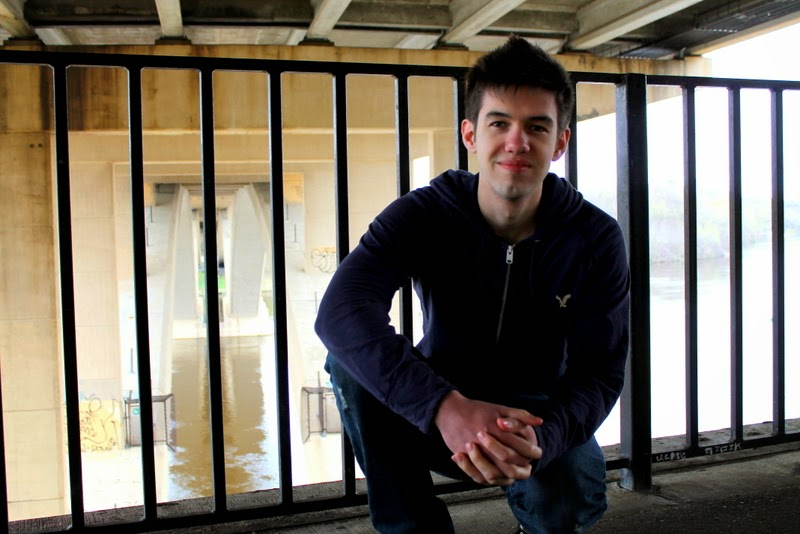 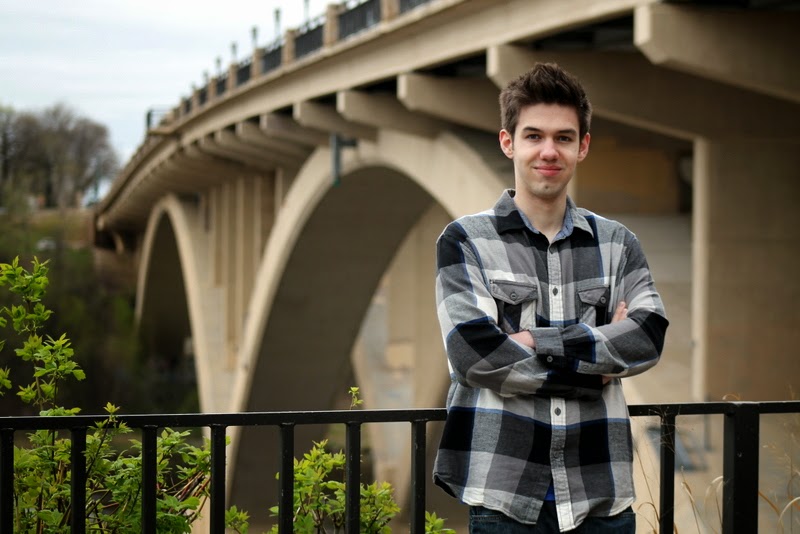 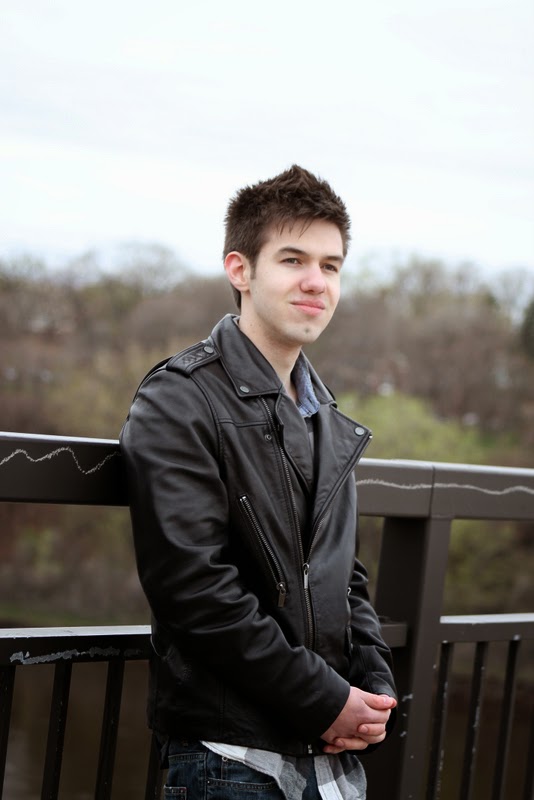 Alex had his last final of the semester last night--and there was much rejoicing! Now he has a whole week and a half of freedom before starting summer classes. wah-wah.

I have to brag about my husband a little bit. He never toots his own horn so I'm going to toot it for him.

Alex is totally shifting career paths and pursing physician assistant programs. His first two degrees are in Spanish and linguistics so he has to take a bunch of (really hard) science prerequisites before applying to PA school. He goes to class at night, studies every day, works FULL TIME, oh, and he has a wife and a baby that he takes care of. It's a lot of work, and Alex never complains. I admire so much how hard he is working, (4.0 GPA!) and feel very blessed because I know he's doing it for Johnny and me. It's been hard on many different levels to have Alex in school, but I have no doubt in my mind that he is doing the right thing and I know it will be so worth it in the end.

My mom very graciously offered to come watch Johnny so that Alex and I could go out on a date.  We went to our old haunt Pazzaluna and took a little stroll through Rice Park, which has witnessed both our first "I love you" and our engagement. St Paul was recently voted "best romantic getaway " in North America. I tend to agree! 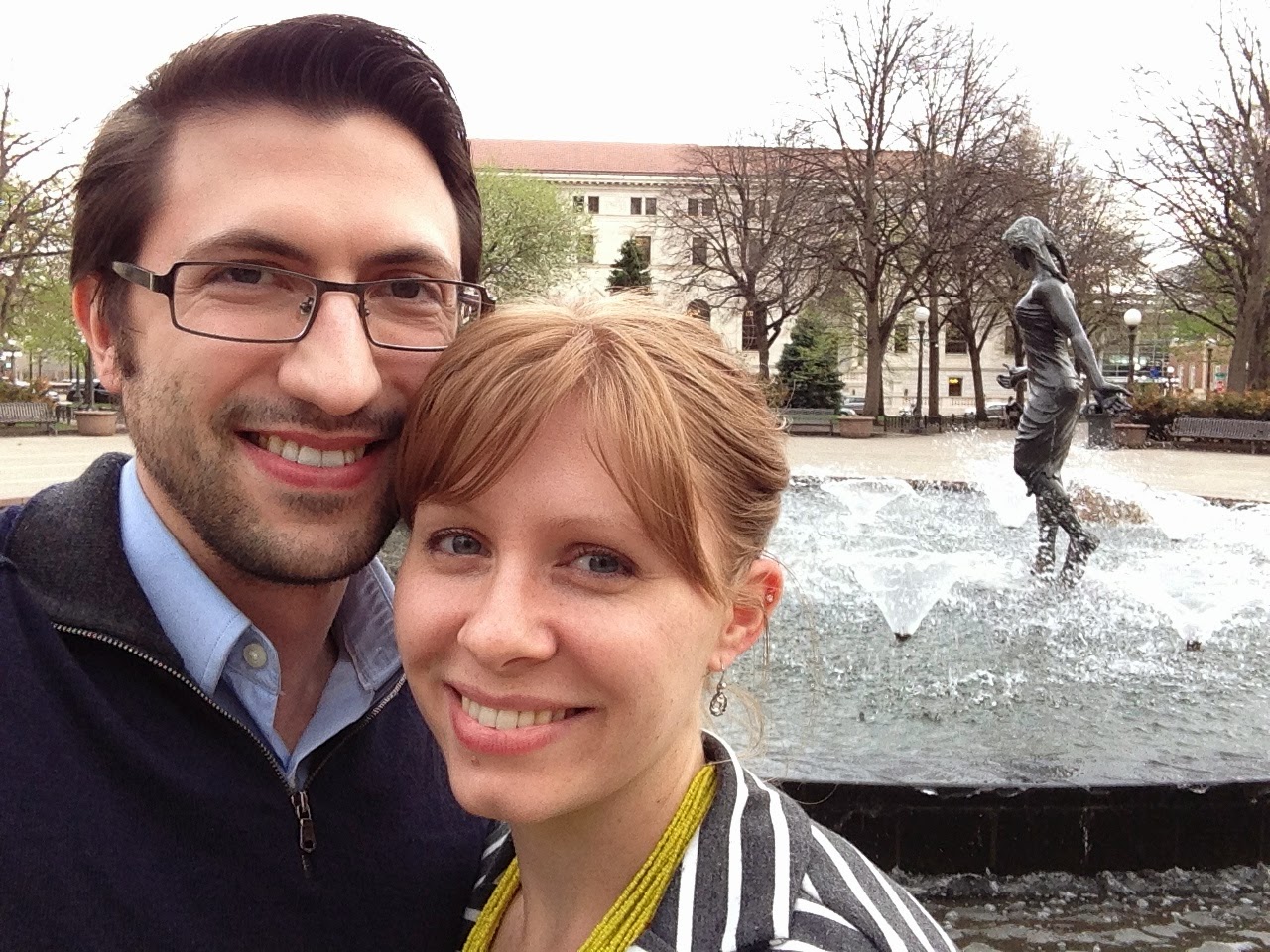 Now it's time to talk about that mystery of mysteries, the bane of most parents' existence, that eternal enigma: baby sleep!

A few months ago I blogged about transitioning Johnny to his crib.  He has yet to go an entire night in his crib but we had a couple months of two 3 or 4 hours stretches of sleep on his own before coming into bed with us. Getting to complete a few REM cycles each night was doing wonders for my sanity. But the last few weeks he's been going through some sleep regression.  It's been hard to get him down in the first place, and then he just hasn't been sleeping soundly.  So, now he's back in bed with us, for the most part. When we started putting Johnny in his crib I knew it was the right thing for all of our sleeps sake, but I was sad to not have Johnny in bed with us.  Now I should be happy he's back, right? Well, I kinda got used to having space and being able to sleep in any position I like. But it is nice to be co-sleeping again, even if I have a crook in my neck. And when he won't sleep more than 30 minutes in his crib, and then does three hours straight in our bed, we know that's what he needs.

Johnny loves opening cupboards and drawers. He recently learned how to open the drawers on his dresser. I thought he would pull all the clothes out, but he just likes to stand or sit in front of the dresser and pull the bottom drawer open and push it shut. It amazes me how smart babies are! He's learned pretty quickly where he needs to keep his fingers so they don't get pinched. He tries to pull the drawer all the way out (but it is attached, so it won't come out). He stands in front of the opened drawer, holds onto the edge and throws his whole little body into trying to pull it out, just like an adult might do when pulling on something heavy. It's also amazing to see those natural reflexes showing up in my baby.

Johnny turns 1 in exactly two weeks. I'm not quite sure what I think about it. It's feels like we just got him and like we've always had him all at the same time.

We're planning a little birthday bash to celebrate Johnny and how well he's doing after this first, rather rocky, year.  I made up some invitations, yes the old fashioned kind that you put in the mail. And I've started making party decorations, partly because it takes me two weeks to do a project like that now, and partly because having a project like this helps me process the upcoming event. When Alex and I were engaged we did a lot a things DIY. Our invitations, center pieces, my veil. Working on those things gave me a chance to wrap my mind around what was about to happen, and savor that feeling of anticipation. When I was pregnant with Johnny getting his room ready and sorting through baby clothes served a similar purpose.

My baby is almost 1.

But he's still my baby. 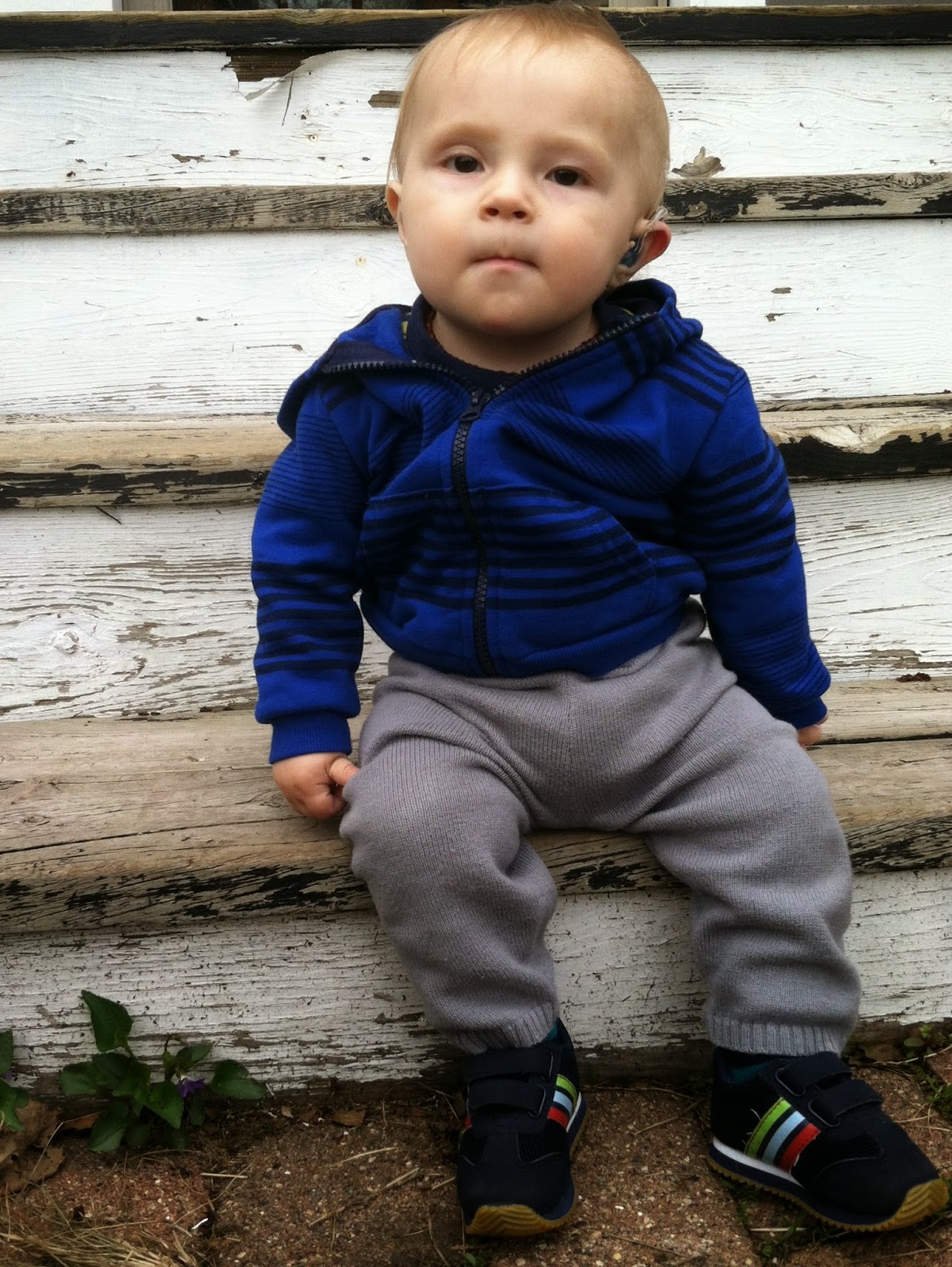 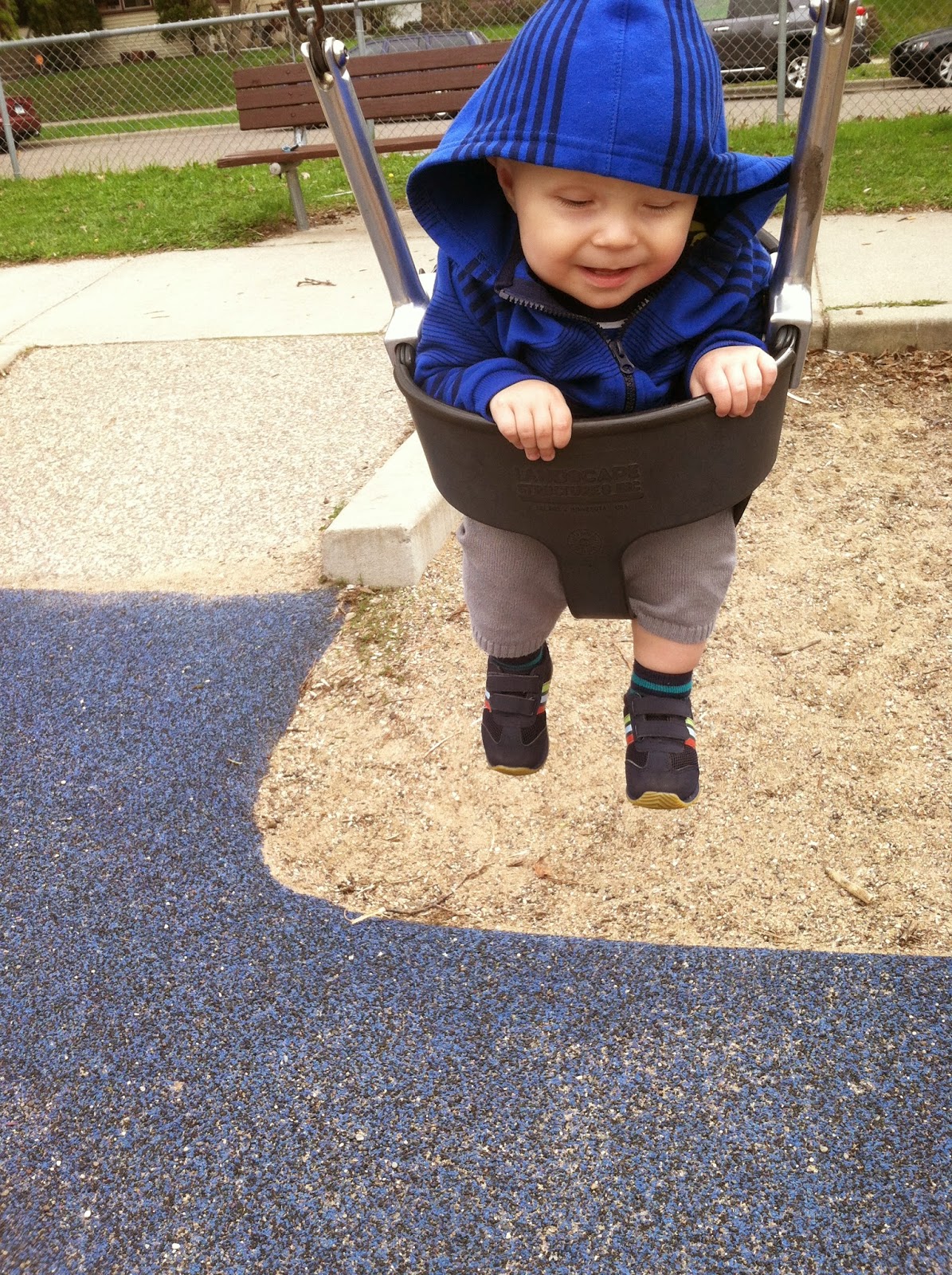 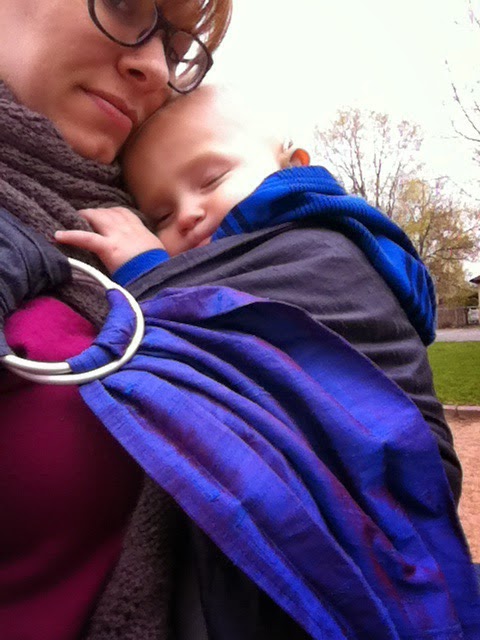