This was going to be a post with photos from Johnny's first trip to the park and time spent as a family, but as I was thinking it over in my head it started turning into something else. Everyday this week I have attempted to go through pictures and put this post together but it has not been possible due to a certain little man who is now mobile. Johnny goes bananas whenever he sees the computer or the camera and won't rest until he can sink his teeth into one of them. I simply can't use them unless he is sleeping. Over and over I find myself getting so frustrated with how little I am able to do while being home with Johnny.

I have chosen to be a stay-at-home-mom. You all know that I want to do this and have wanted it for many years. And I love it.  But at the same time, it is a sacrifice to stay home with a baby. I am a multi-tasker.  I like to get things done, keep the house clean, stay on top of laundry, make good meals, and do creative and meaningful projects. But some days all I can claim to have accomplished is reheating leftovers and walking Johnny up and down the hallway a billion times. And to be perfectly honest, it just doesn't always feel that fulfilling

Lately I have been thinking about some plans and projects I would like to accomplish. But at the same time I have been feeling like I am entering a season of life where I will be putting many of my ambitions aside and making my family my ambition. Not because I am dutifully putting aside ambitions for motherhood, but because my ambitions will be waiting for me, ready to be dusted off, when the time is right.  But motherhood is here, it's now, this is my shot.  My child, who is my blood, is here and I am all he wants and I get to shape him into the man he will become. And as cliche as it sounds, I know this time of him as baby is so fleeting.


Last weekend was beautiful. The sun was shining, it was warm outside, so we did the only logical thing to do, put some champagne in a water bottle (left over from brunch)(and no, we don't always have champagne with brunch) and take a family walk. Johnny and I have been walking almost everyday, but it was do nice to go with Alex. We decided to go to the nearby park and see if Johnny was ready for the baby swing. Turns out he was! 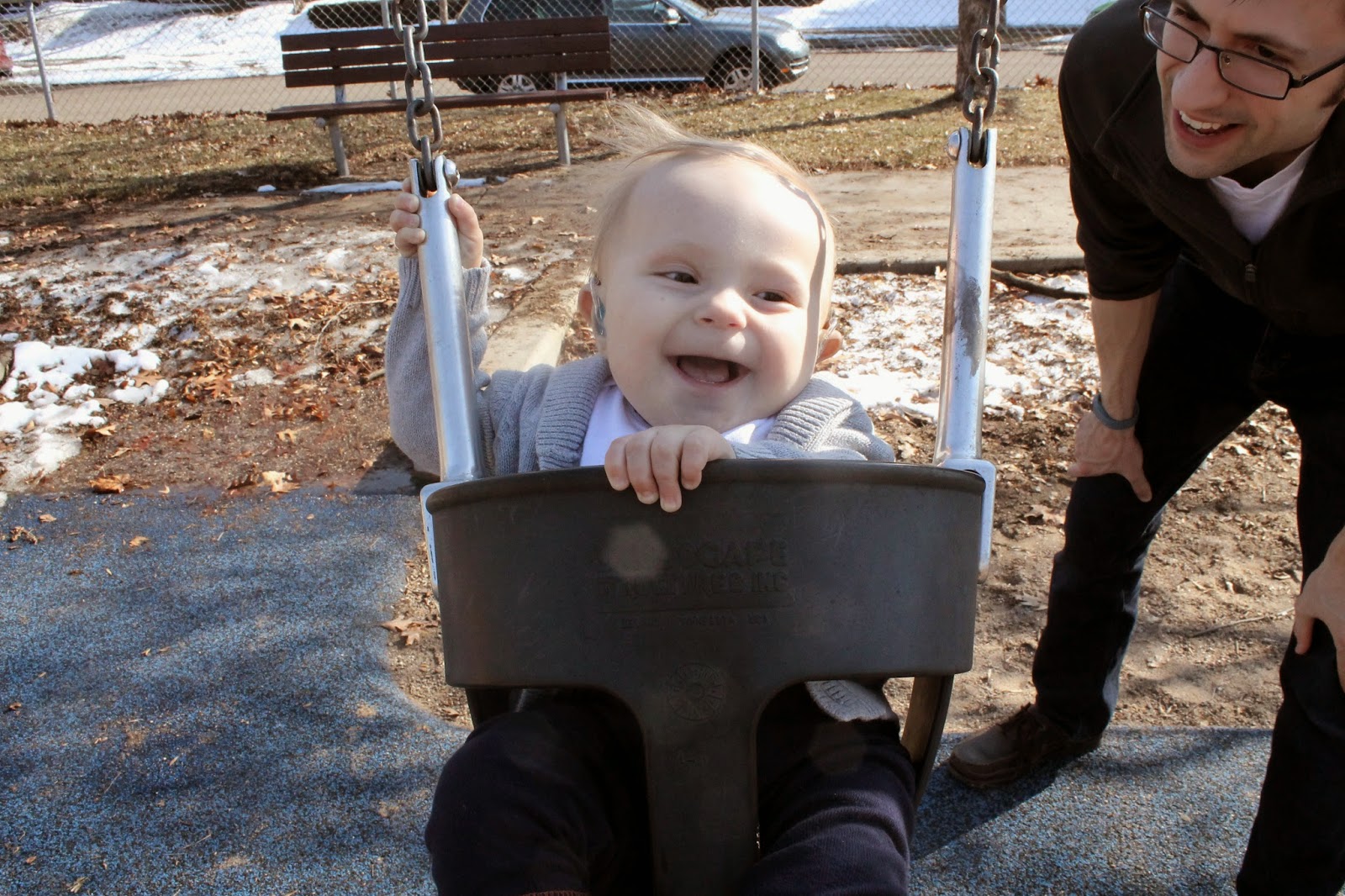 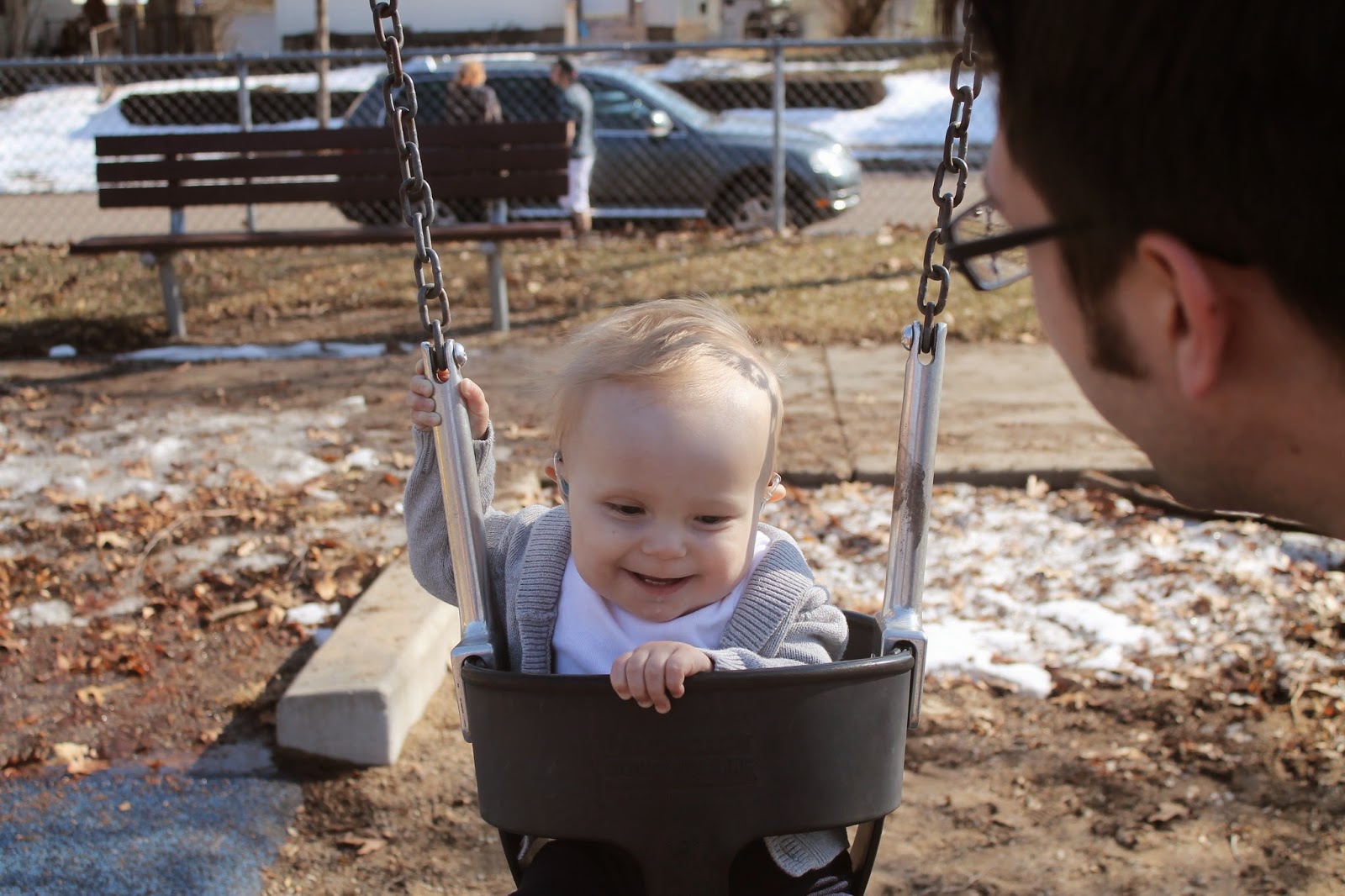 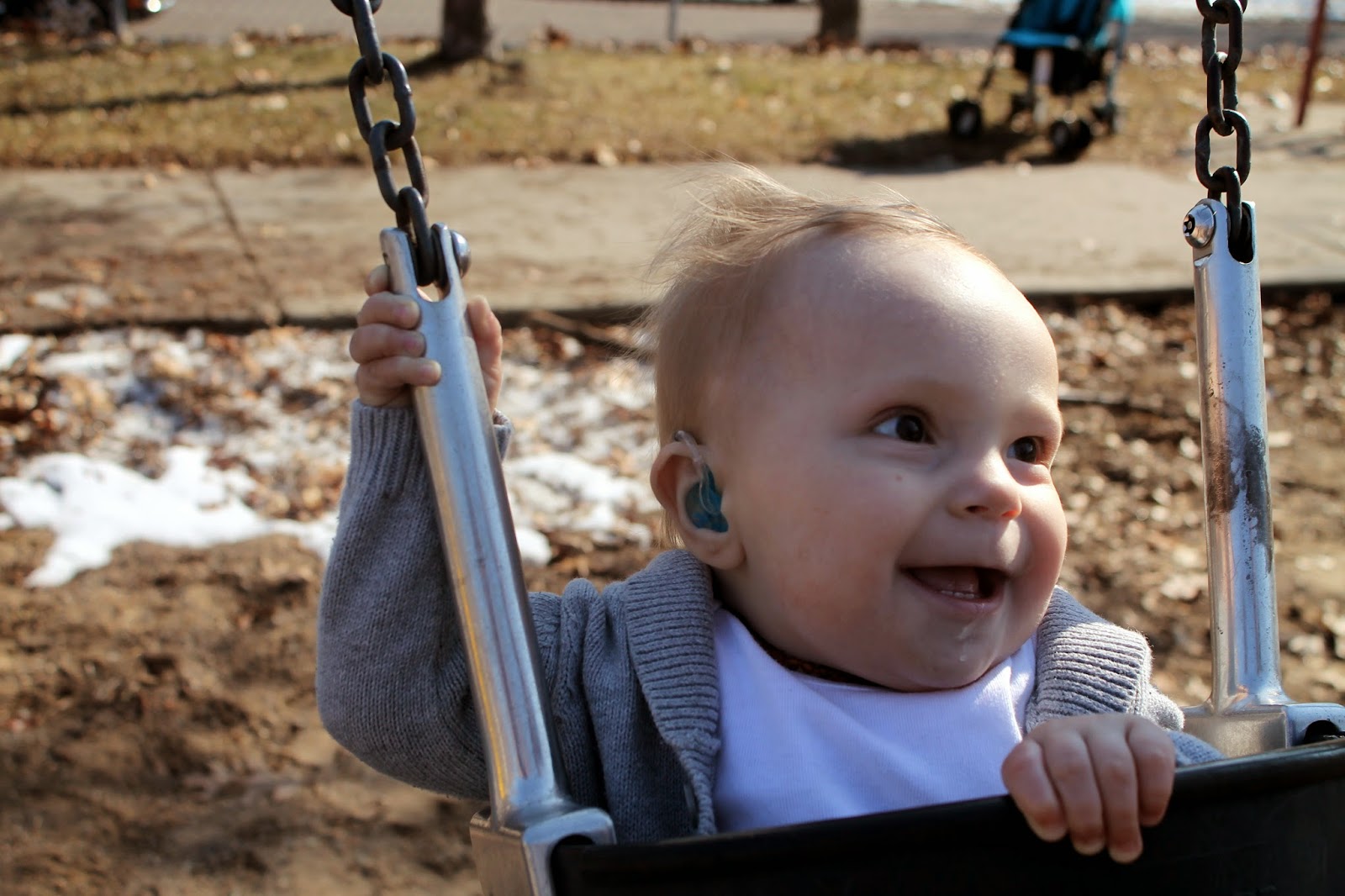 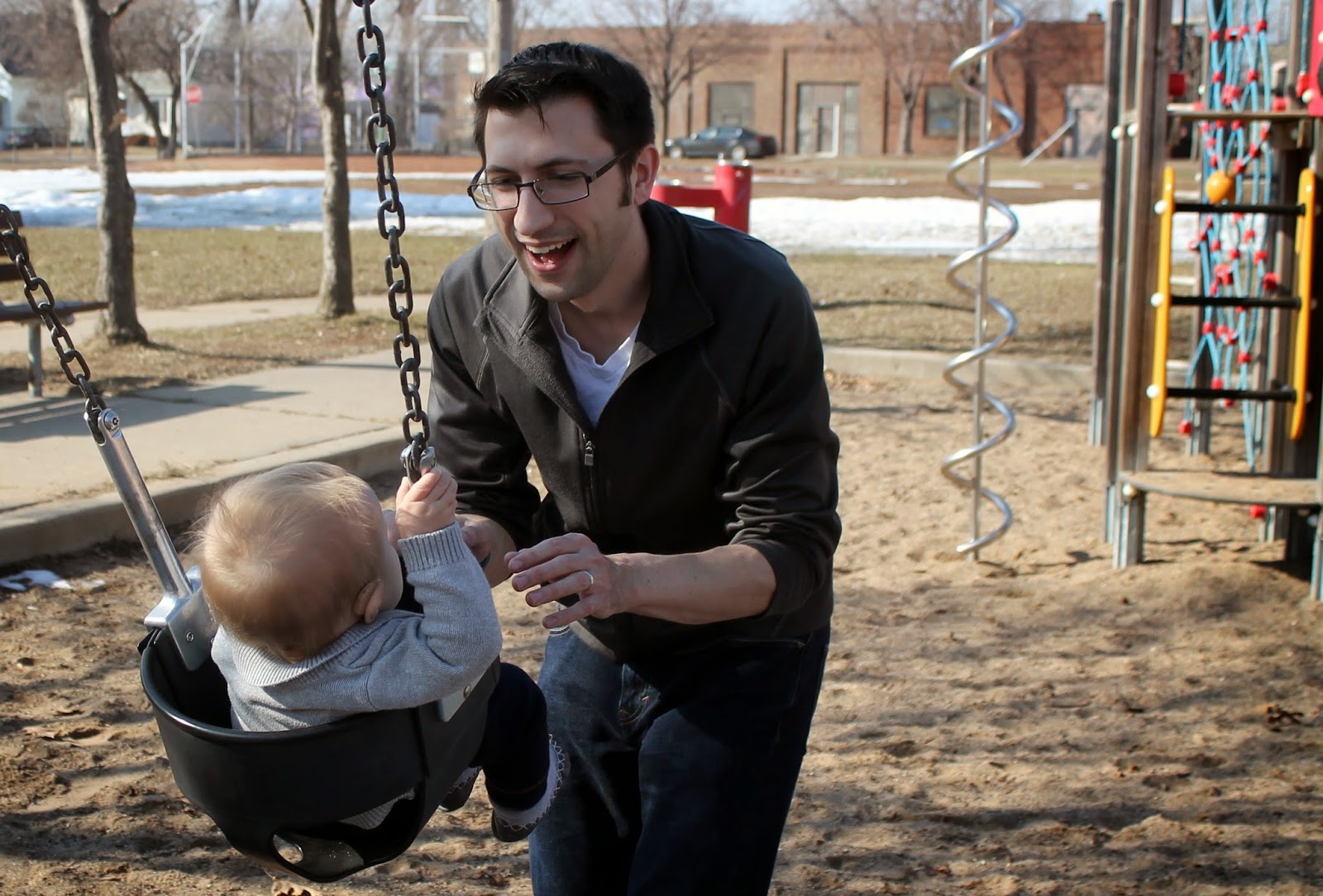 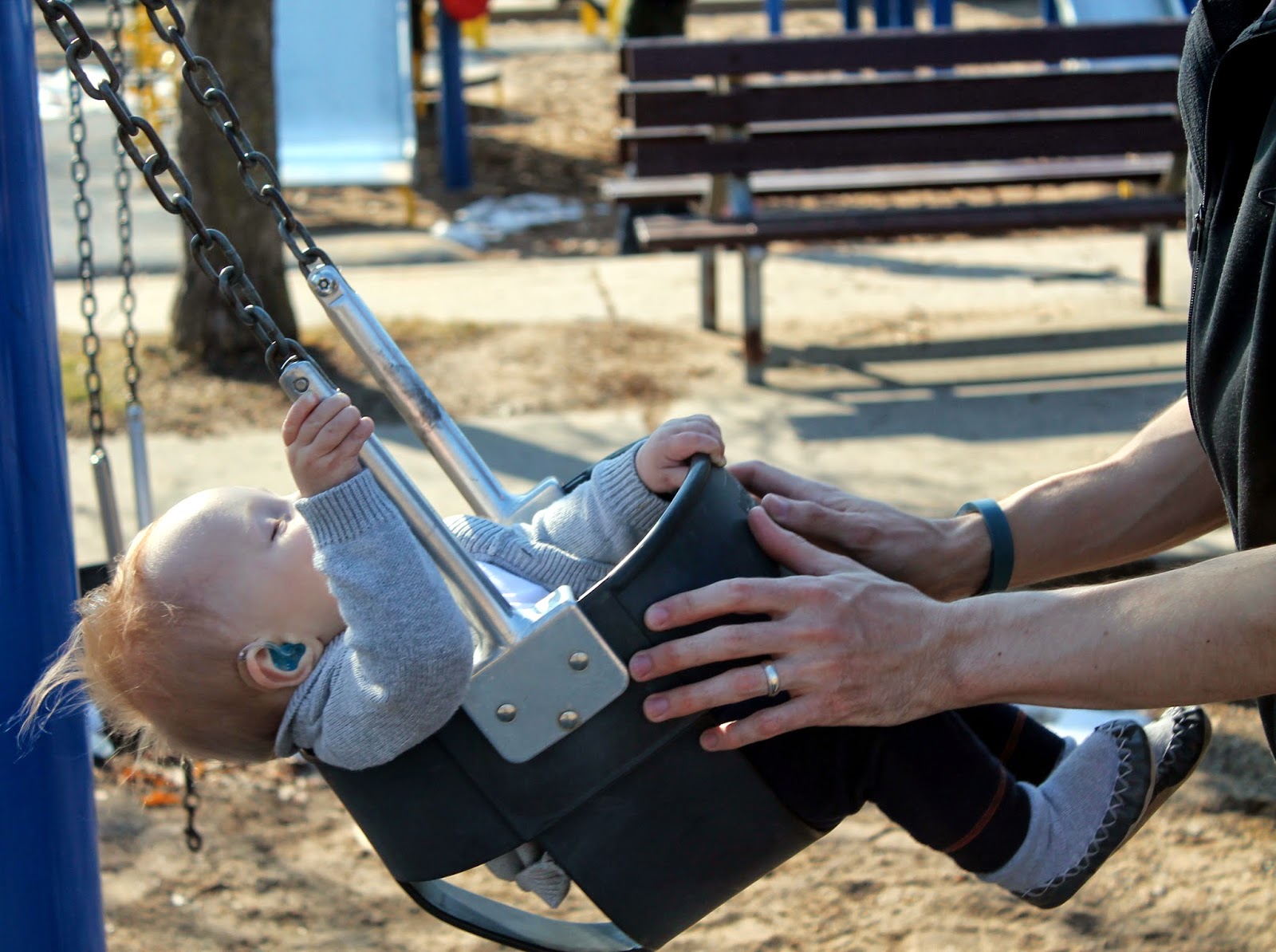 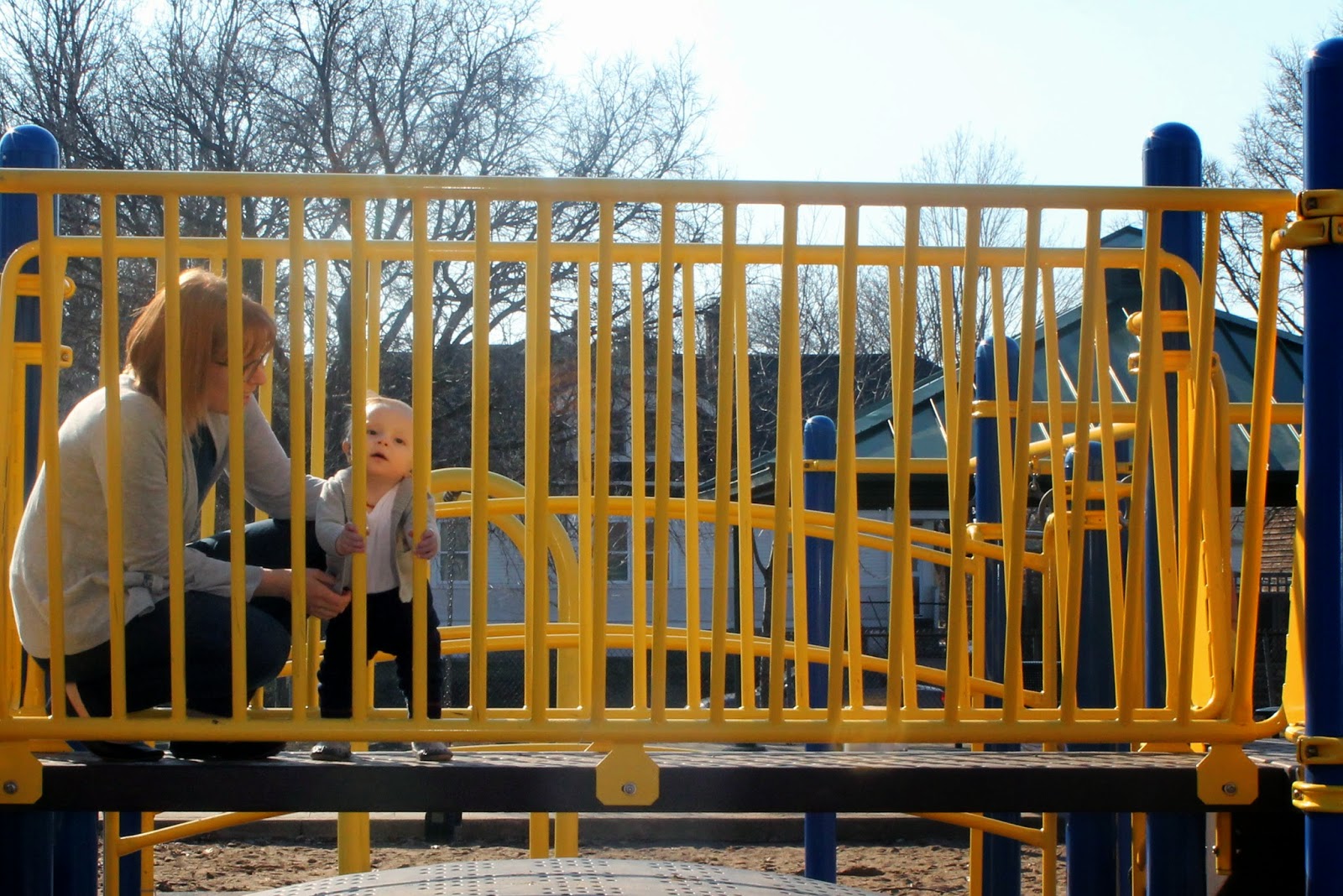 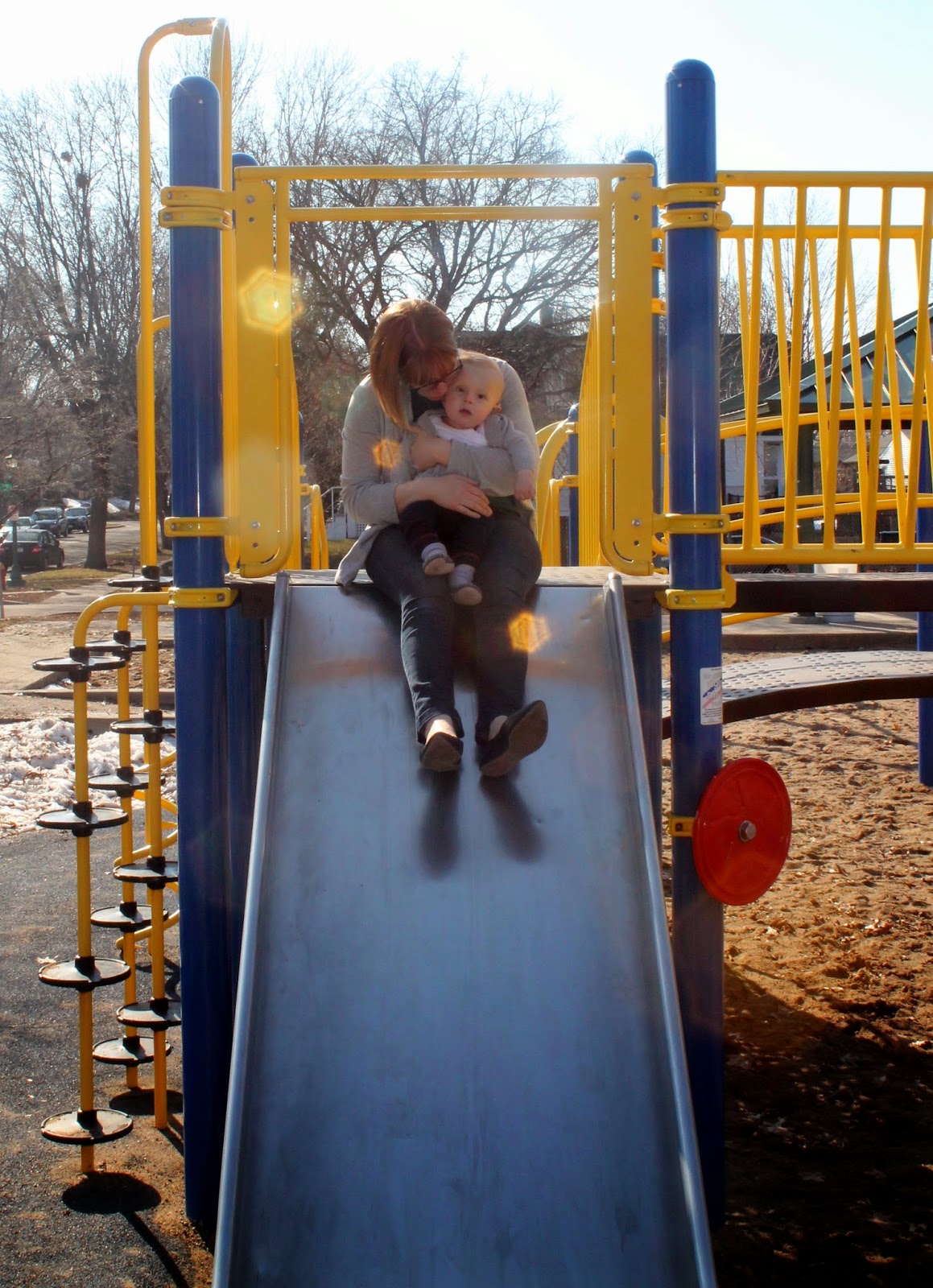 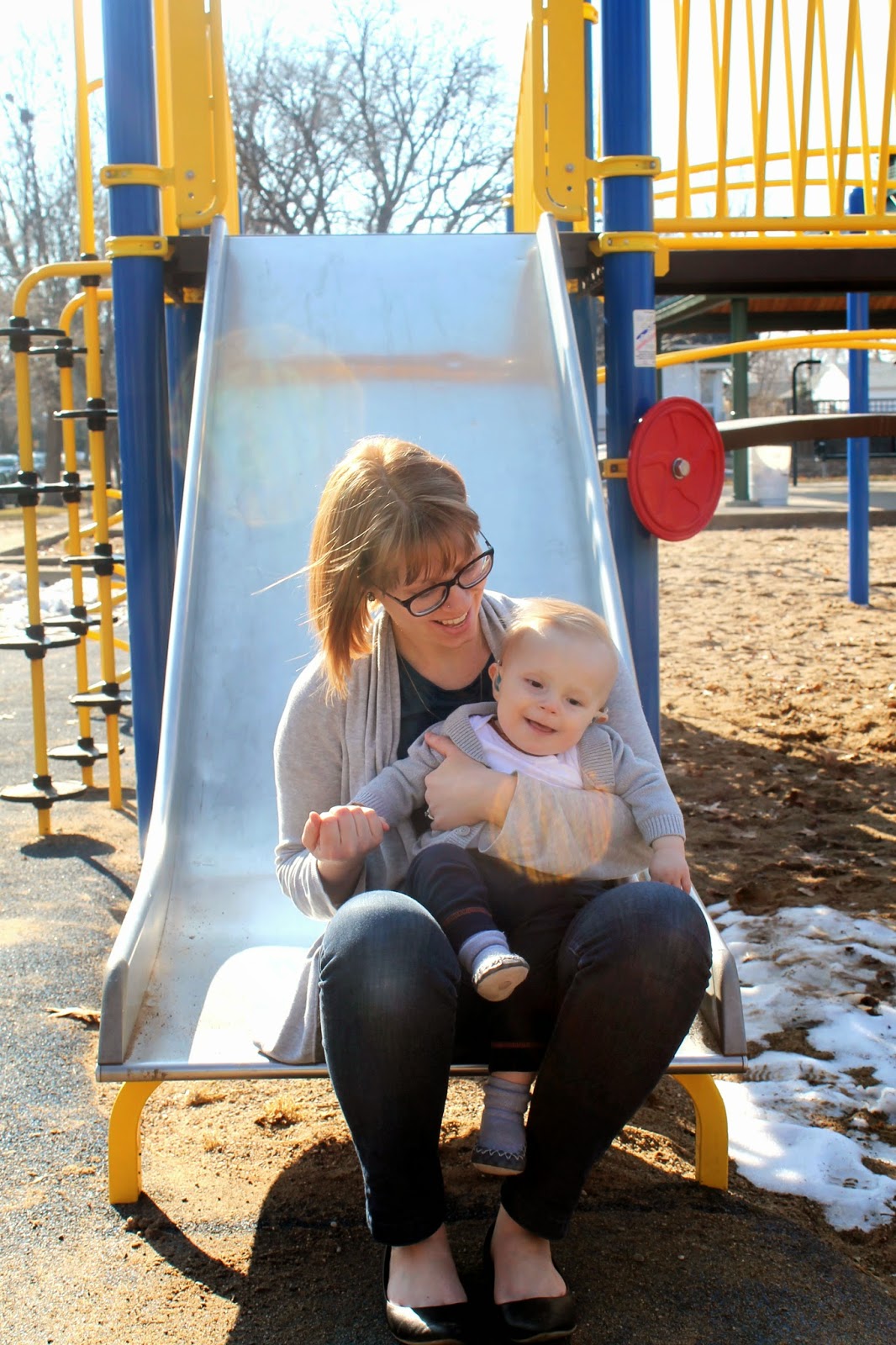 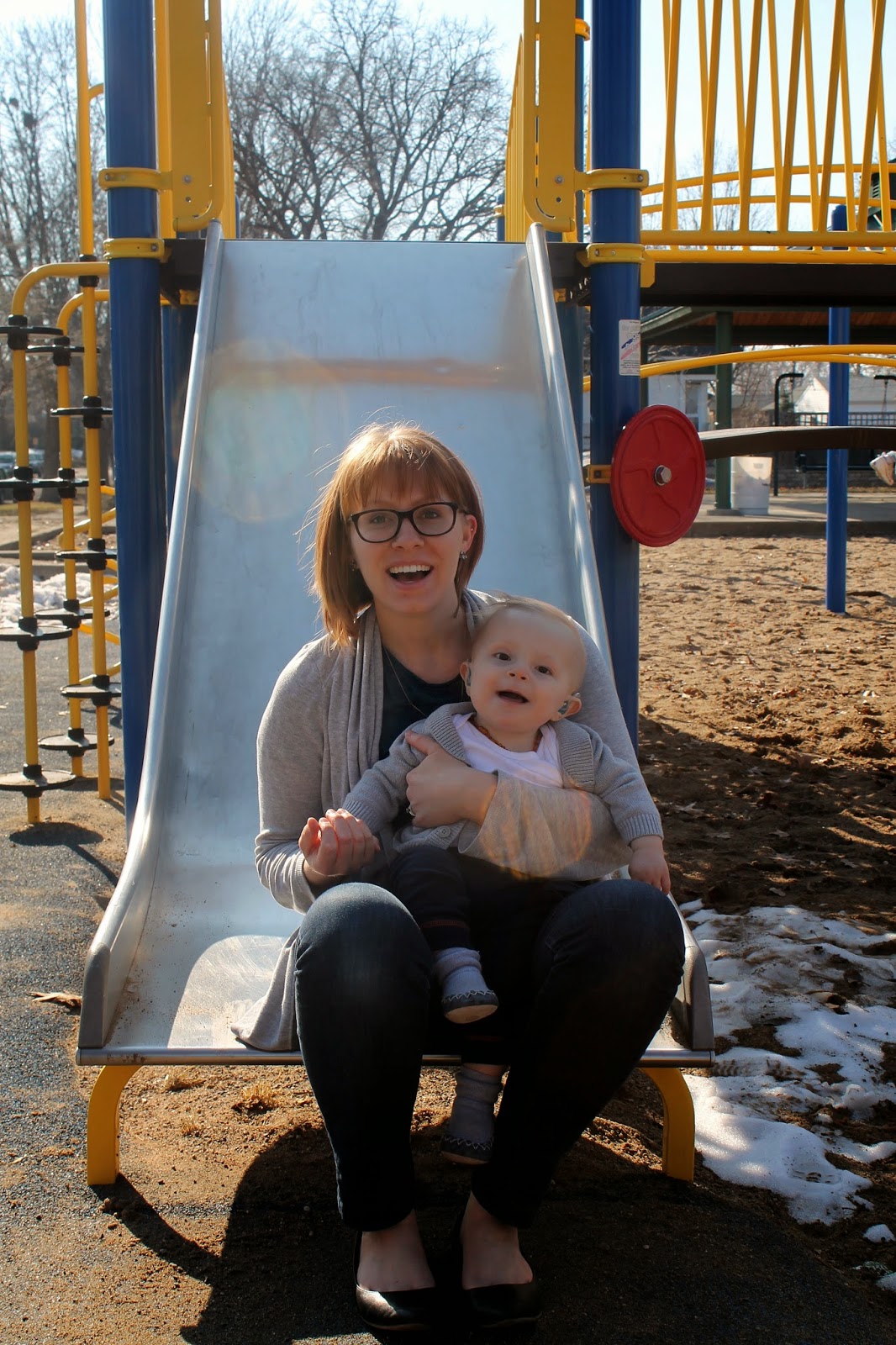 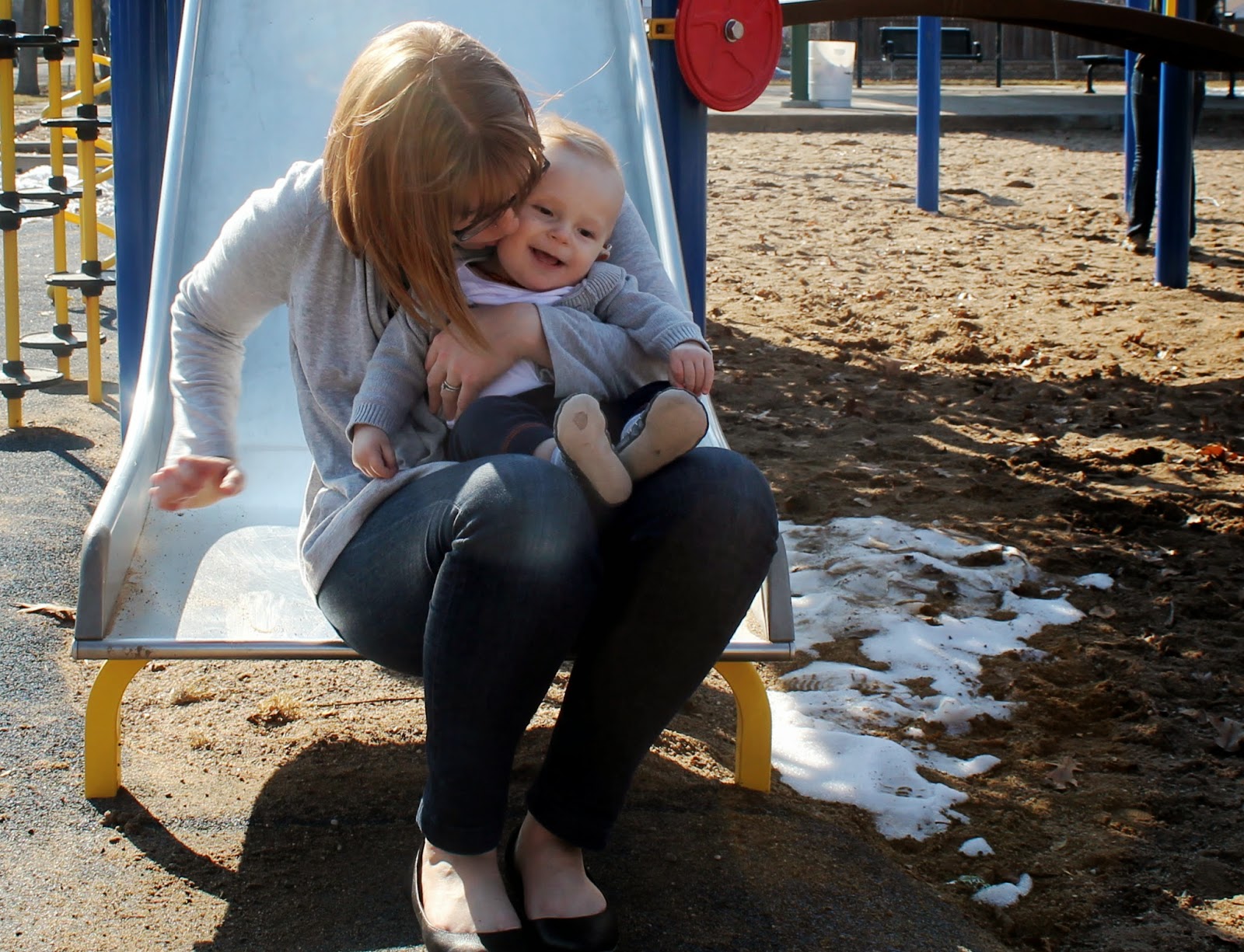 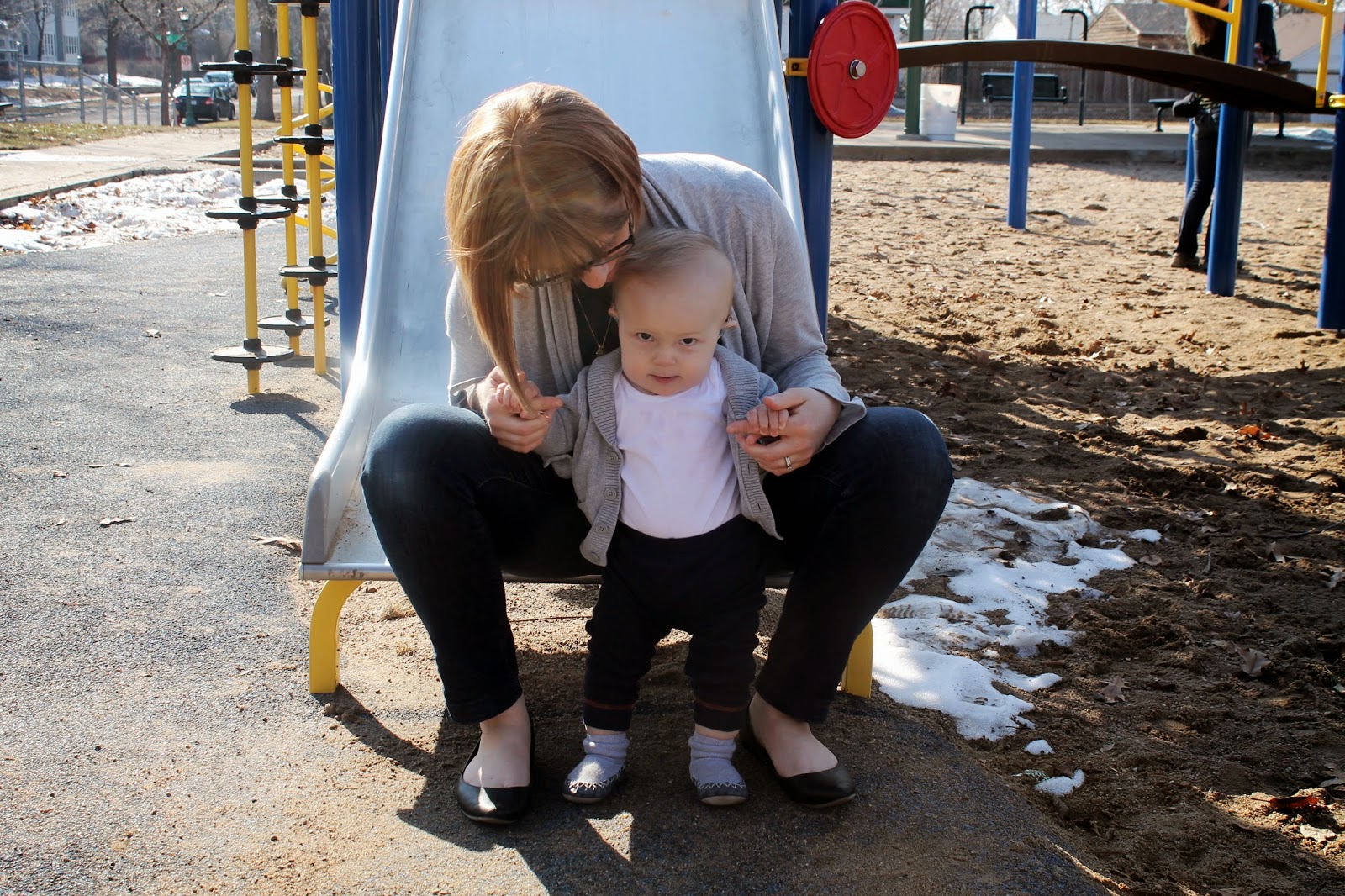 We had some great family time and pictures to prove it. Some day when Johnny is grown we'll look back and remember when....

Email ThisBlogThis!Share to TwitterShare to FacebookShare to Pinterest
Labels: motherhood