Johnny started crawling over the weekend.  He's been scooting himself around in reverse for about a month now.  And while that was sort of comical to watch, he would get so frustrated that he wasn't getting to where he was trying to go.  It felt like he was never going to figure it out and he would just be frustrated always, and need to be held always. Then Sunday evening something clicked. And he was crawling, on his little hands and knees, going forward like a pro.

Today I put him down at one end of our upstairs hallway. I walked to the other end and he started to crawl towards me. I decided it would be funny to go in one of the rooms at the end of the hall and stick my head out at him, you know, like peek-a-boo.  When Johnny saw my head jut out in to the hallway he instantly started to laugh his gurgley, grunty laugh. I did this over and over again, his grunt growing into a full on belly laugh. And he laughed his way down the hall until he found me.

I think....I just play hide and seek for the first time with my son.  And it was really fun!

I think I just got a little glimpse of what it's like to have a kid. Not a baby--a kid. Johnny is getting so big so fast. Sometimes when he is stretched out on my lap asleep he looks huge! I get sad thinking that he won't be a baby for long.  But then something like this happens and I realize that as each new stage brings a little bitter-sweetness, it brings all the more joy and fun! 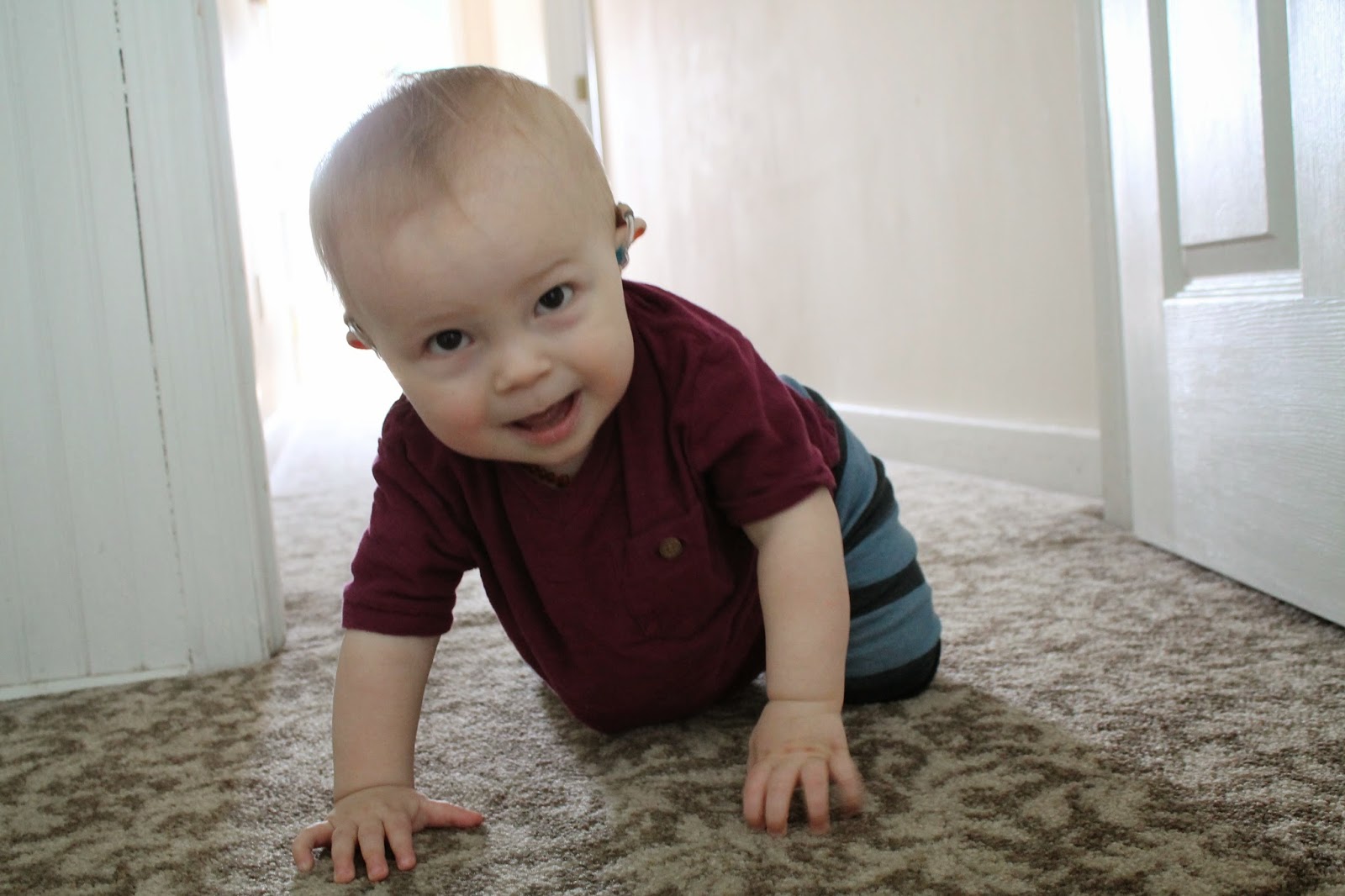