//1//
It's March Madness! I'm not referring to basketball.  I'm referring to how mad the weather is making everyone in Minnesota this time of year.  The days are starting to get longer.  Birds are starting to come back; I hear them chirping outside my window. The air feels warm and balmy on my face. It's even starting to smell a little like spring. And yet, there is still 4 feet of snow on the ground and sidewalks are sheer ice, making it impossible to indulge my desire for fresh air. The clothing stores are advertising their spring, nay, summer styles.  My west coast and southern state friends are posting pictures of themselves in t-shirts and sandals. And yet, I know I will be wearing boots and a jacket for at least 2 more months.  This, my friends, is March Madness.

//2//
To try to combat some of this madness Johnny and I took a trip to the Como Park Conservatory this week. Why have I not done this before?!? It was like a mini tropical vacation just a mere 10 minutes from my house.  The air was so warm and humid, I could just feel my skin becoming happier. Johnny really enjoyed looking at all the plants and fountains.  I'm sure he doesn't remember what the world looked like when it was summer, so all he knows so far is a land of ice and snow. It was a great little break. If you ever find yourself waist-deep in winter blues, I highly recommend it. 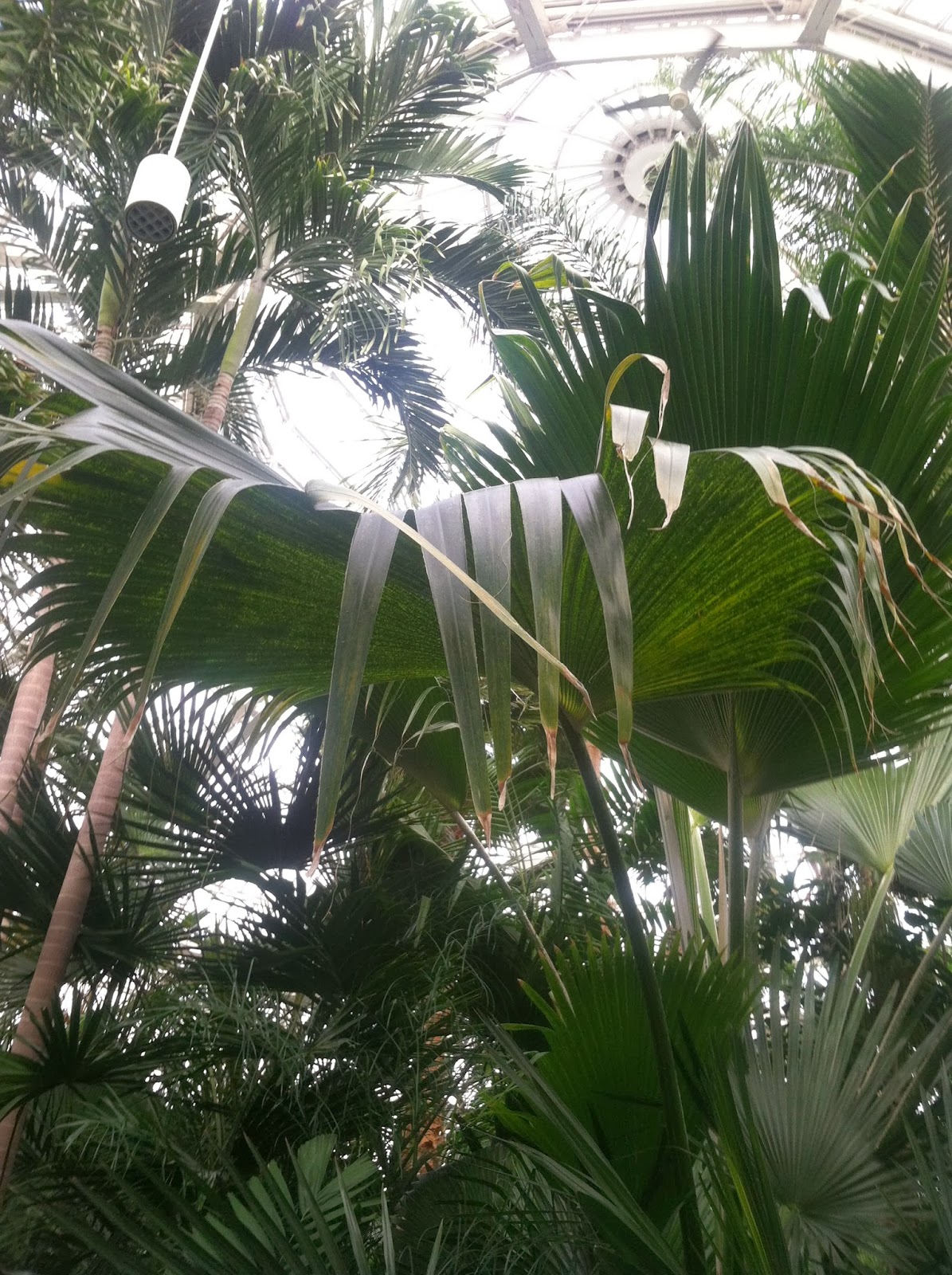 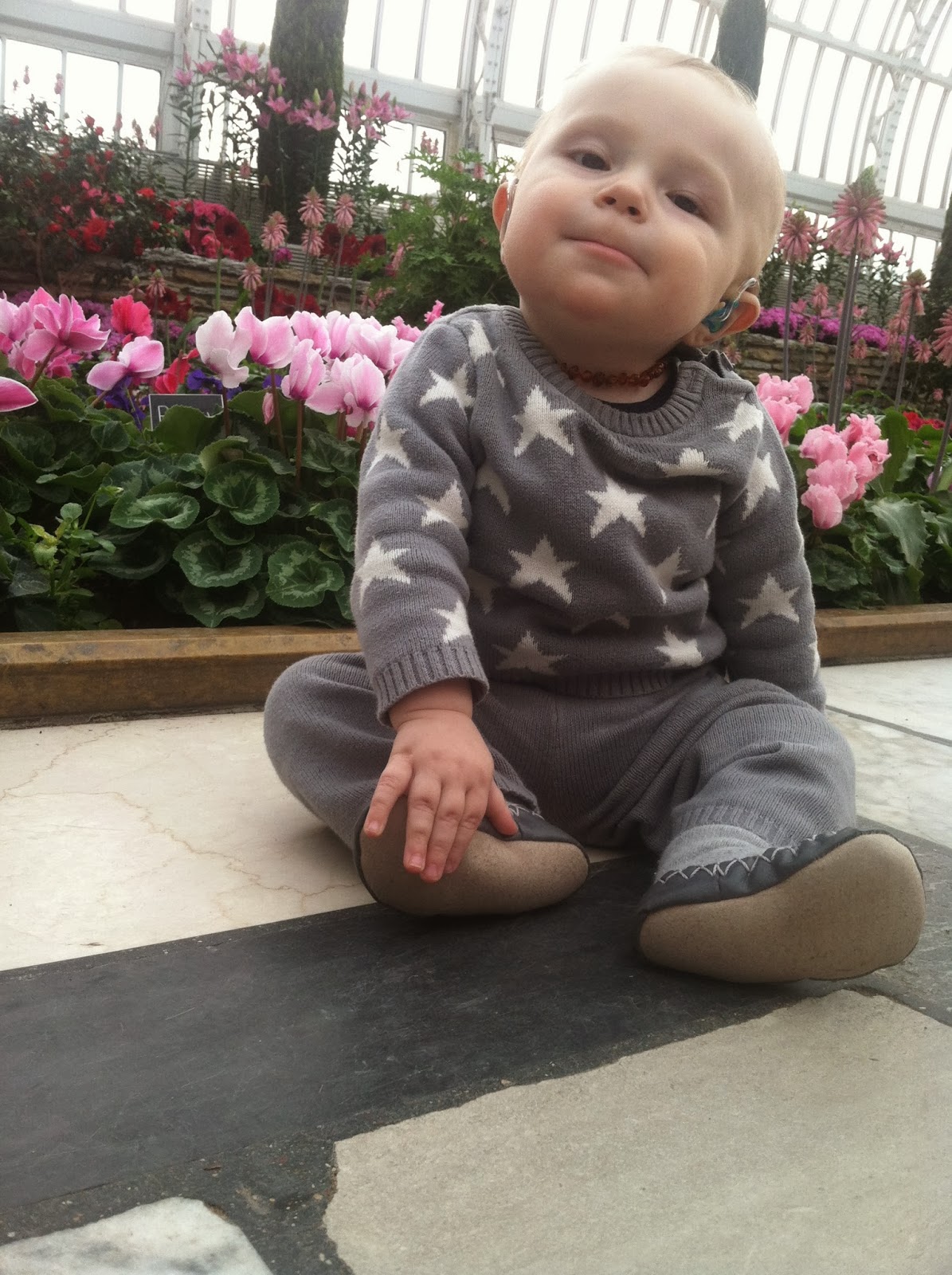 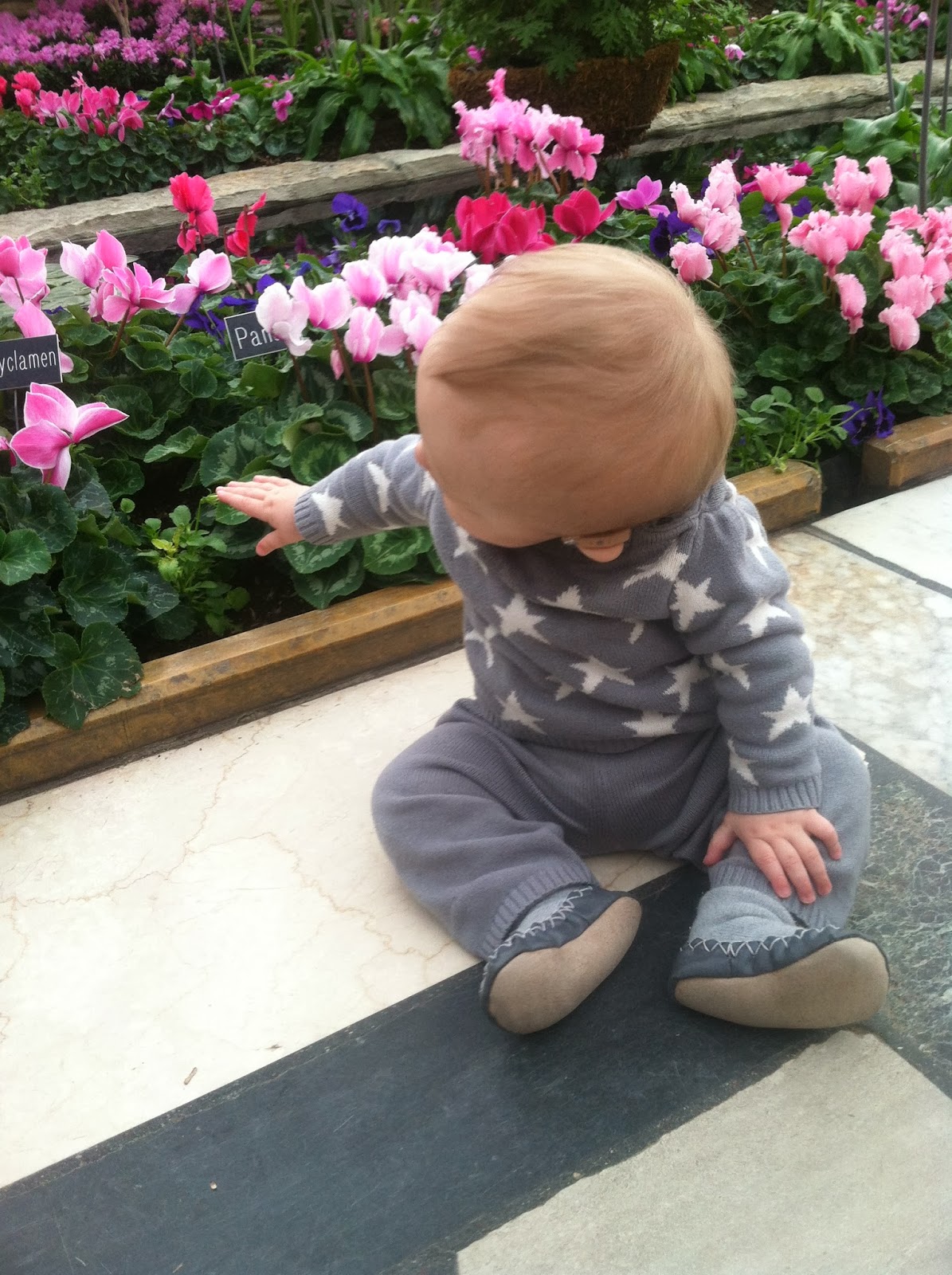 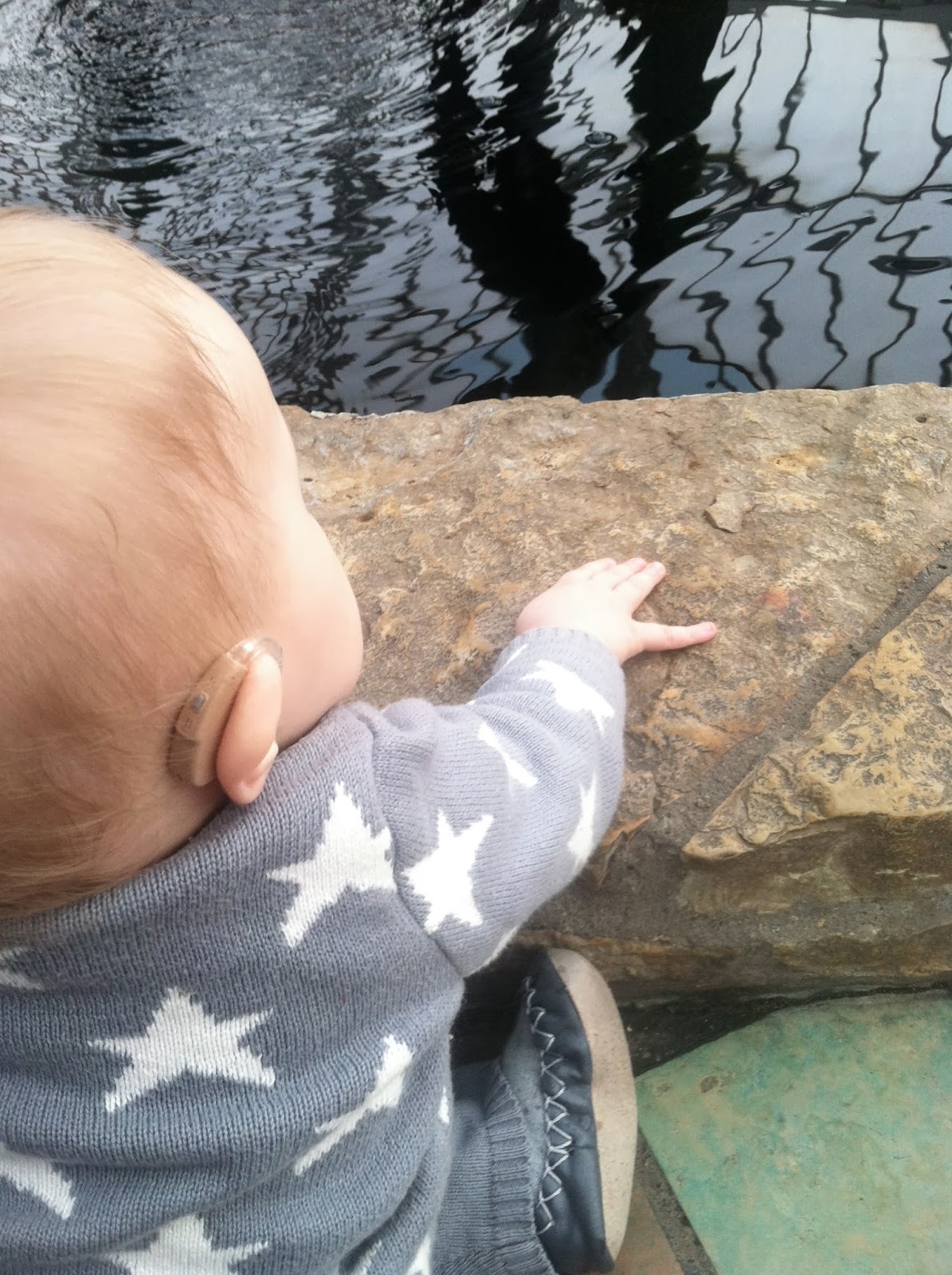 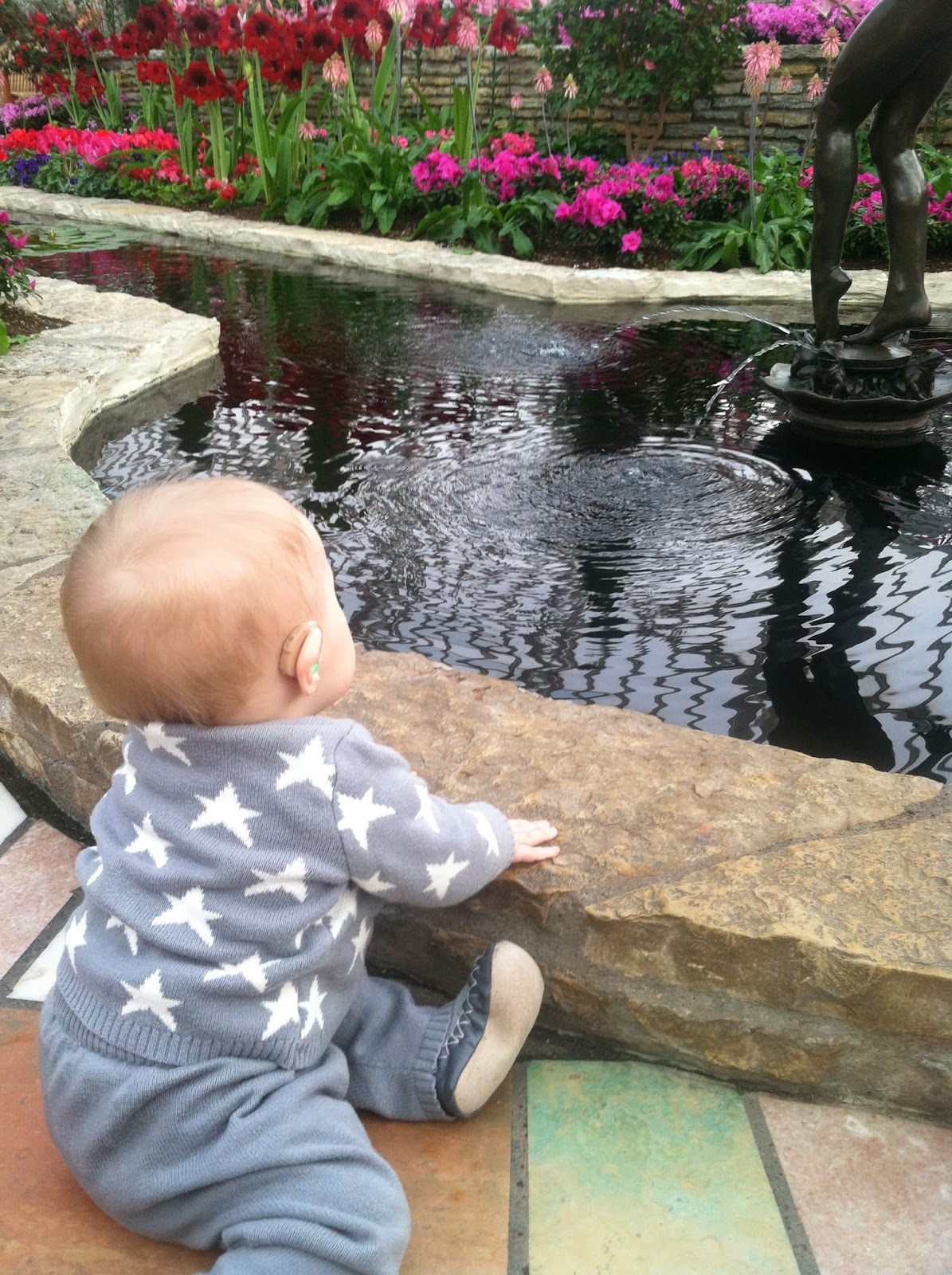 //3//
I'm going to take this opportunity to put out another plug for my new blog series: NICU Diaries. I'm looking for mothers (or fathers) who have had babies in the NICU to share their stories. It was so encouraging for us to hear from folks who had been in the NICU when we were there with Johnny, and I hope that by sharing stories as a community we could encourage and be a blessing to families all over who may be dealing with the hospitalization of a child. I have a few ladies who have graciously agreed to share their stories, but would love more! So if you or someone you know might be interested, drop me a line!

//4//
Sleep Update: Putting Johnny in his crib was probably the best decision we've have made so far in 2014.  Without doing any sort of "crying it out" he is doing much longer stretches of sleep, usually only waking up twice to nurse. We 're still a ways off from sleeping through the night, but going from 6 night feedings to 2 has be so great!

Johnny has been pulling himself up! So now we are going to have to lower his crib.  I am afraid this might throw a wrench in the process of lying him down in his crib.  Right now I give him lots of kisses and keep my face next to his when I put in the crib to keep him asleep.  But I won't be able to do that once it's lowered. I guess I'll have to figure out a new strategy.

//5//
Wednesday marked the beginning of lent.  I love lent, it's my favorite liturgical season. No, I'm not a glutton for punishment, I love the somber attitude and the paring down of distractions. But that's another post for another time. We went to mass on Ash Wednesday and Johnny received ashes on his forehead for the first time. Though it's somber moment, I couldn't help but smile to see my little guy marked with the ashy cross, and giving the priest a bewildered look.

//6//
Speaking of Lent, does anyone have a good recommendation for some Lenten reading that is not too weighty? I'd love something that will challenge me, but that I can realistically finish before Easter.

//7//
Did you watch the Oscars? I did, seeing as it was before my TV fast went into affect.  Alex and I don't go see movies anymore, it just doesn't happen.  We are actually so far out of the pop-culture look that we had hardly even heard of the nominated films.  But we made a list of the ones that sounded interesting.  12 Years a Slave is at the top. When Lent is over I think we'll rent it. What about you? Any nominated films you'd like to see or recommend?

have a great weekend!

{for more quick takes head over to Conversion Diary}
Posted by Anna at 10:19 PM